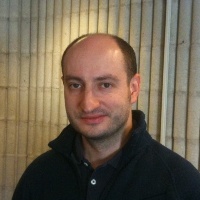 Dr. Sandby-Thomas’ research interests center upon international relations, with a focus on the politics of China and its foreign relations in the post-Mao period.  His work has paid particular attention to the internal and external dimensions of the Chinese Communist Party’s legitimation strategies. He is author of the book Legitimating the Chinese Communist Party since Tiananmen: A Critical Analysis of the Stability Discourse (Routledge Press), and his work has also appeared in The China Quarterly and Political Studies. His current interests include examining the strategies of the CCP to enhance its global media soft power as well as the representation of China in US political discourse.  He has lived and worked in China, and has previously taught at the University of Nottingham and the University of Winchester in the UK.