Having lived his entire life in Massachusetts, Avery Ferrante is a graduating Drawing major with a passion for storytelling in art. Inspired by countless games, movies, and comics; Avery now seeks to add his own contributions to the world of entertainment with his upcoming comic book series, The Adventures of Mr. Snuggles. 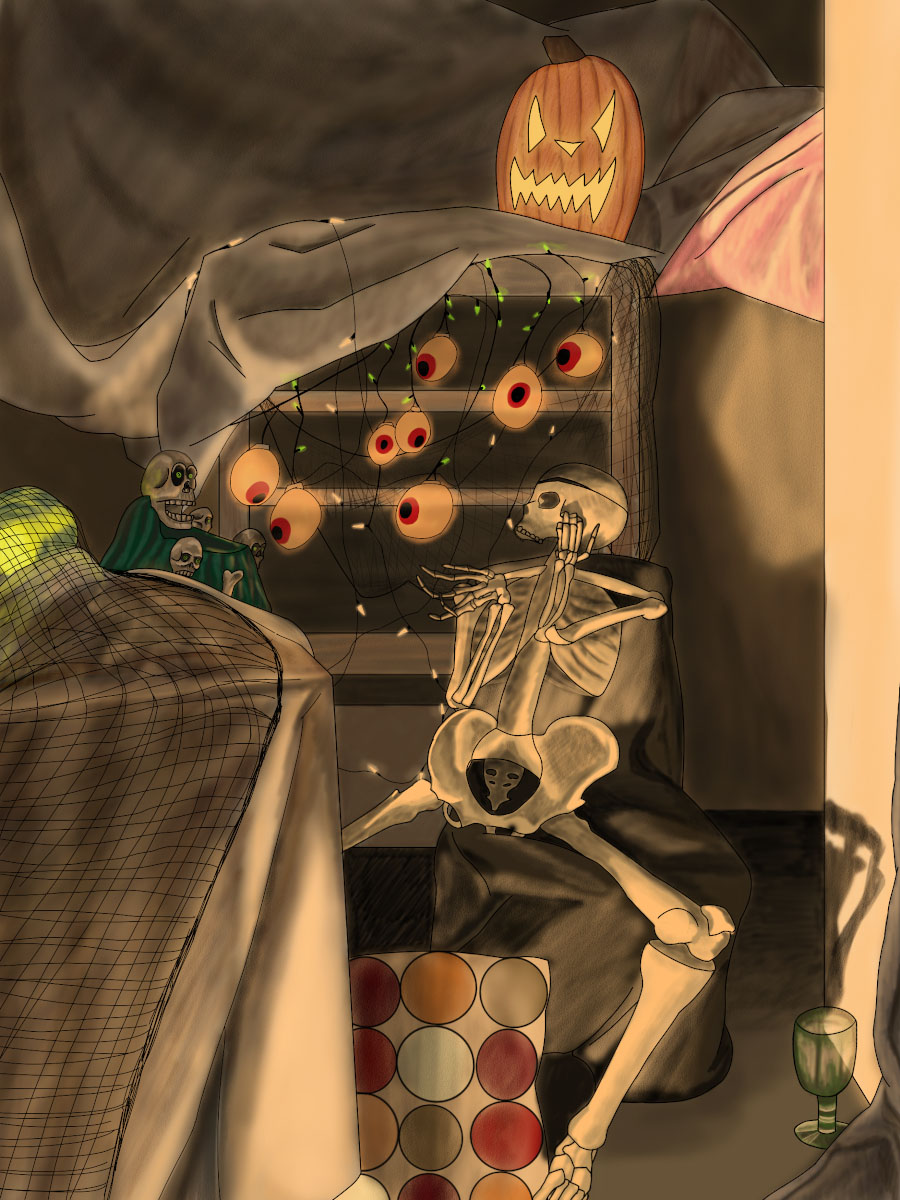 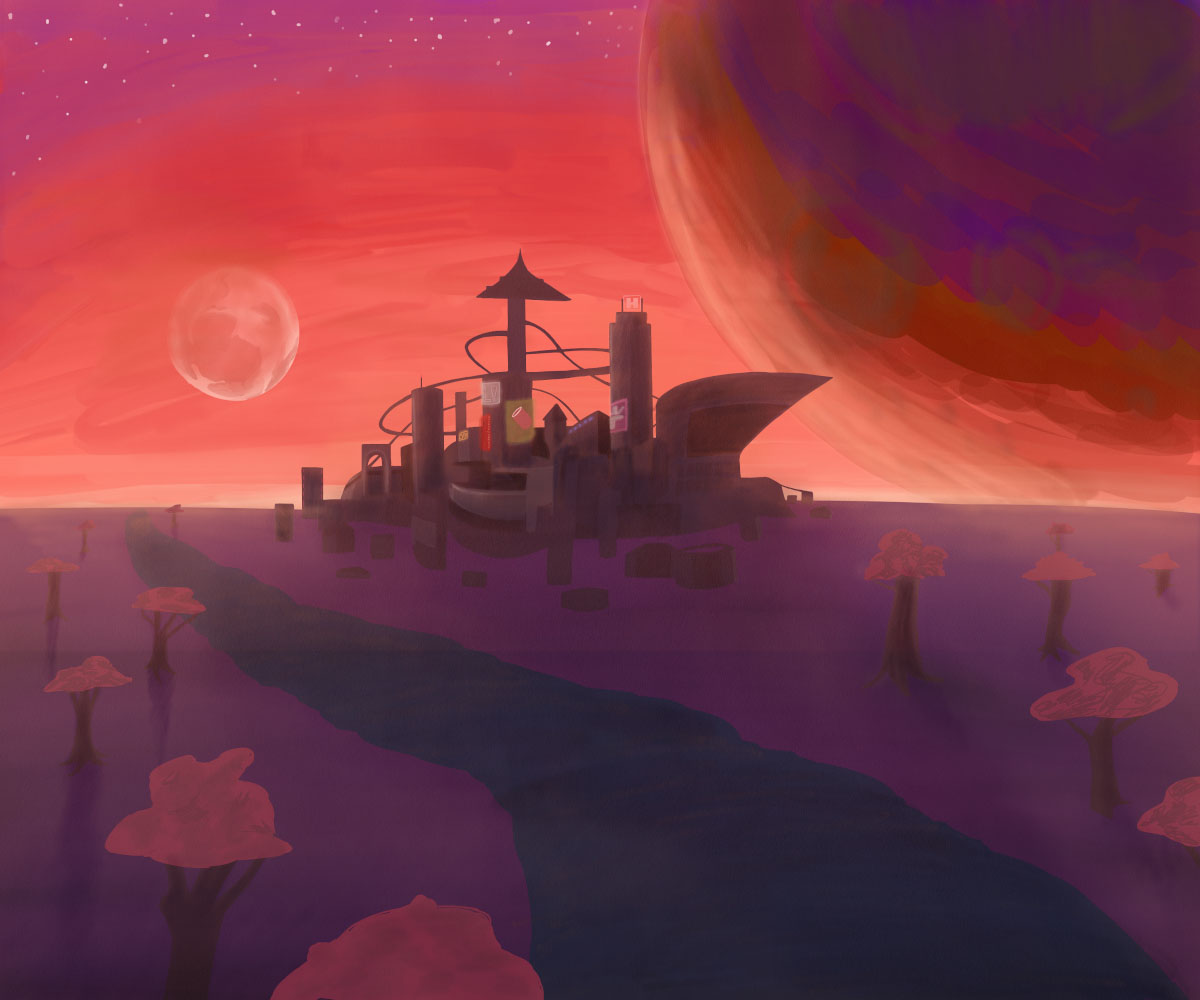 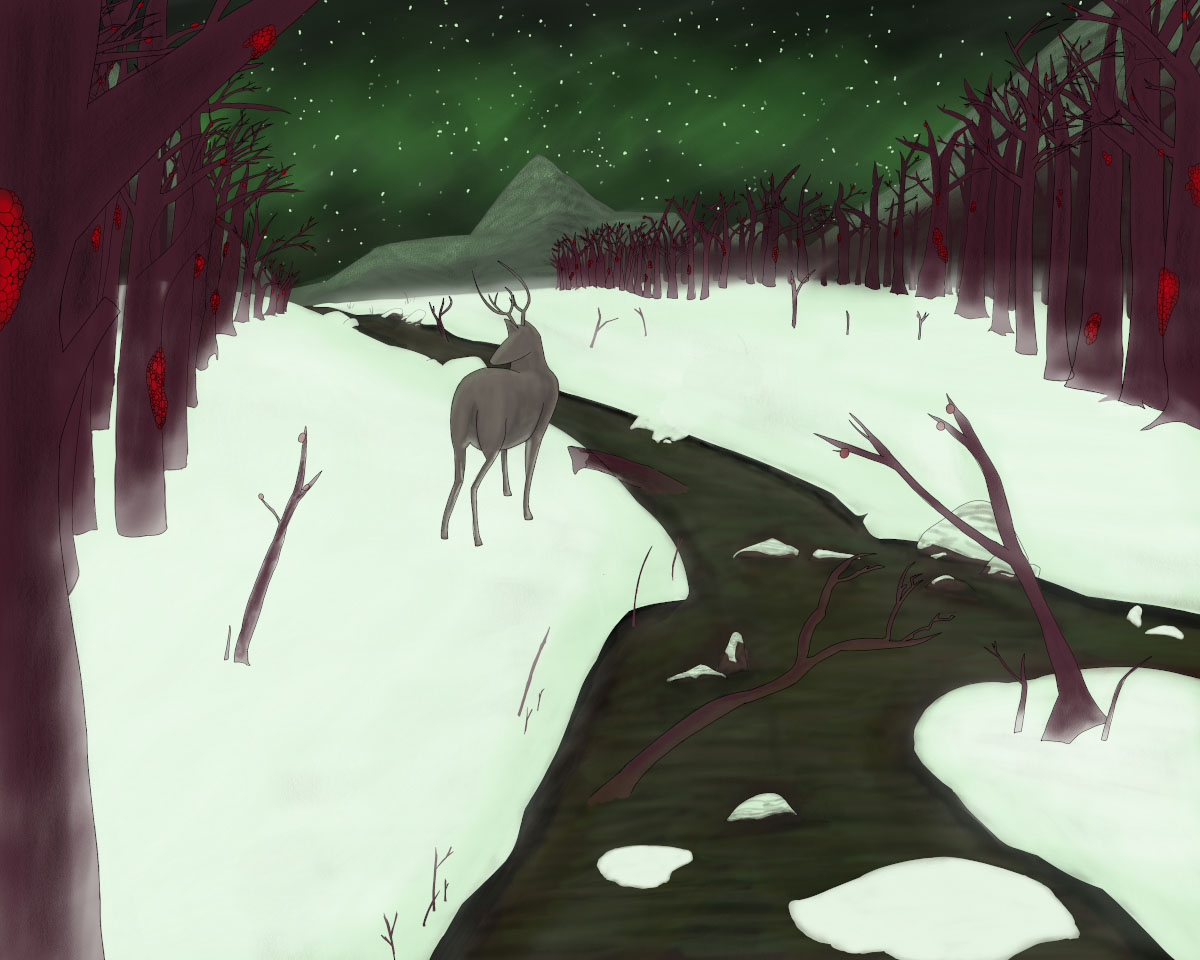 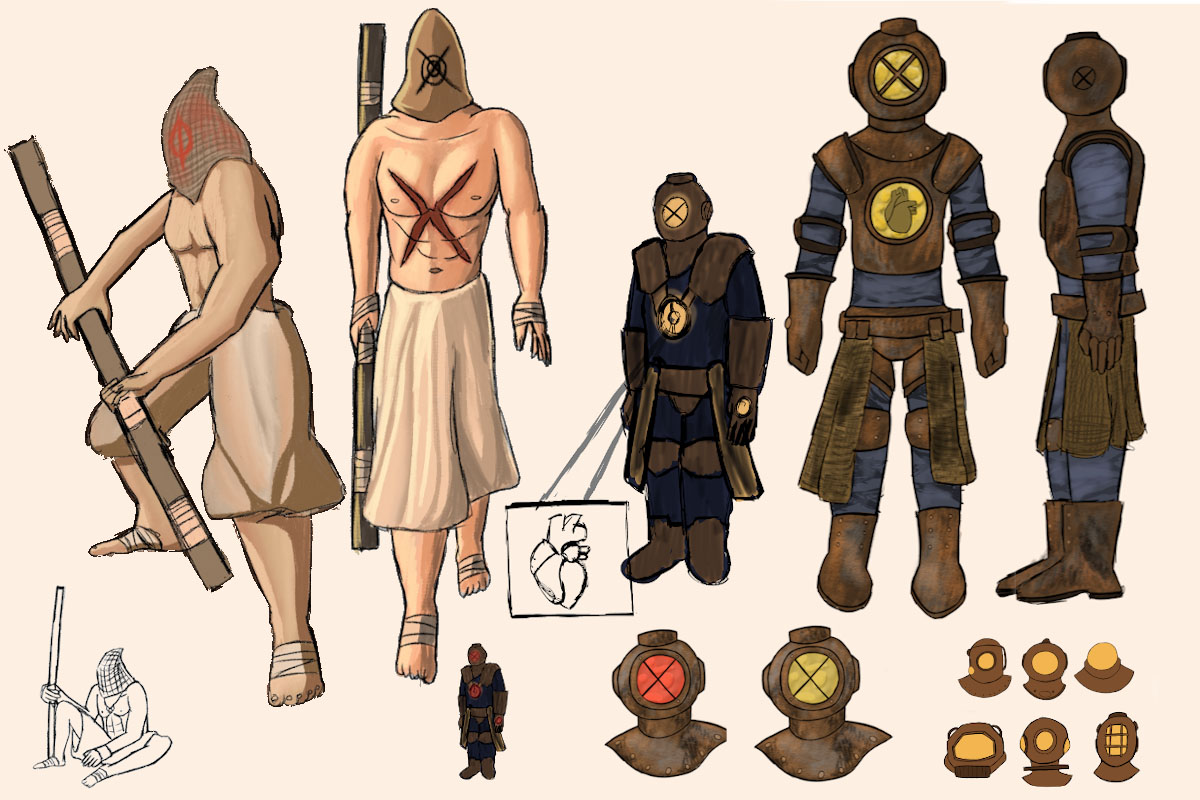 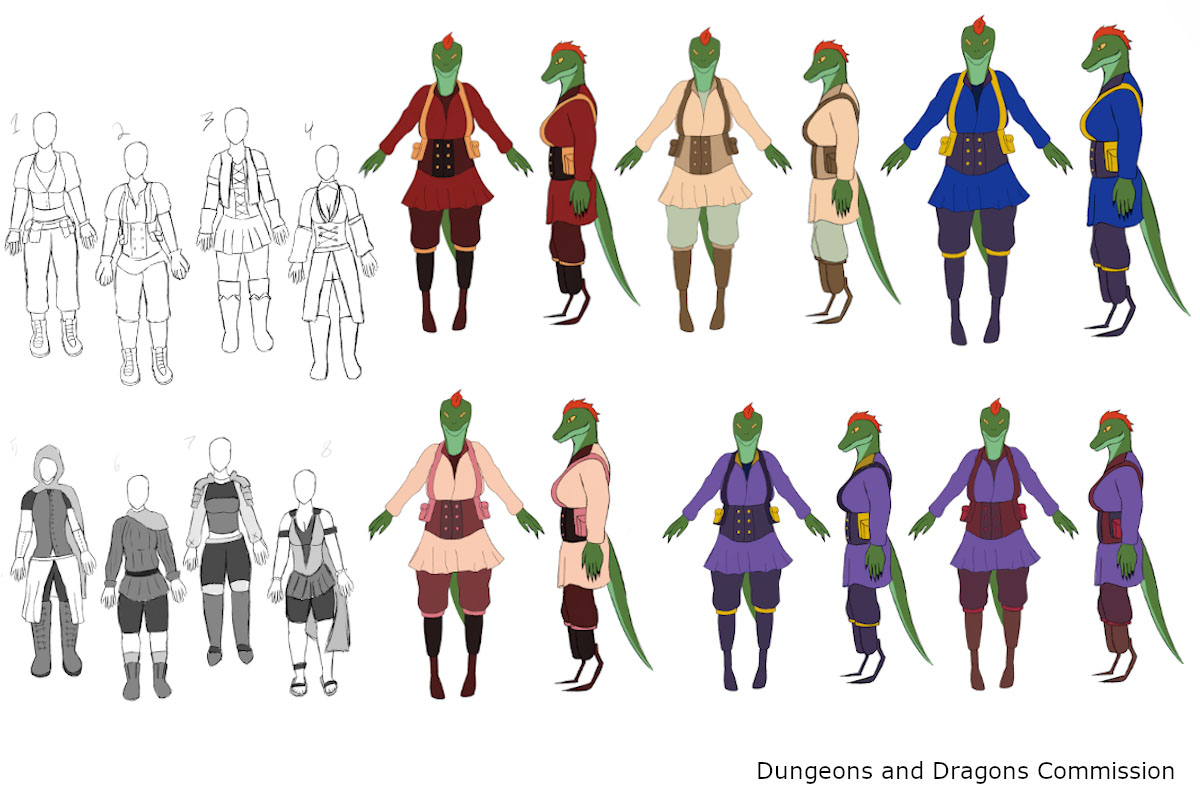 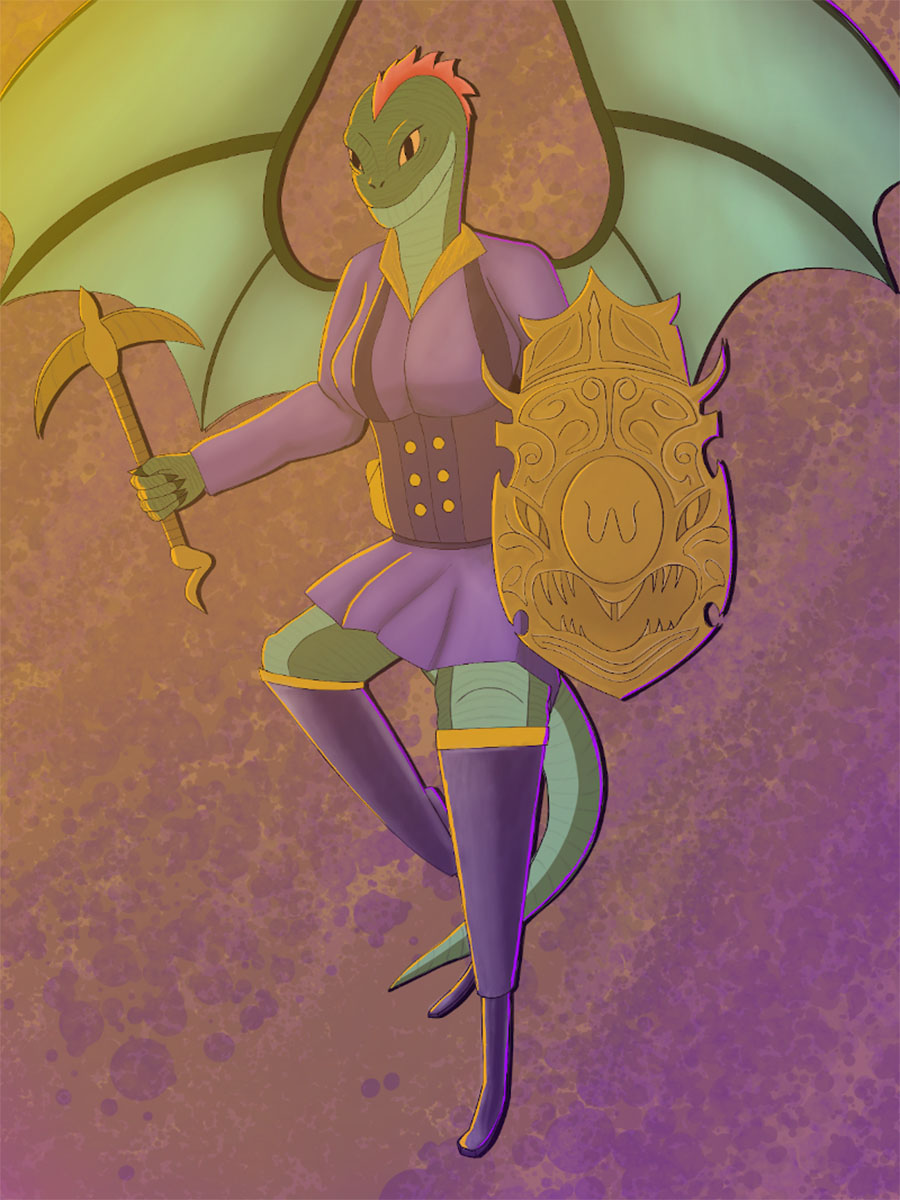 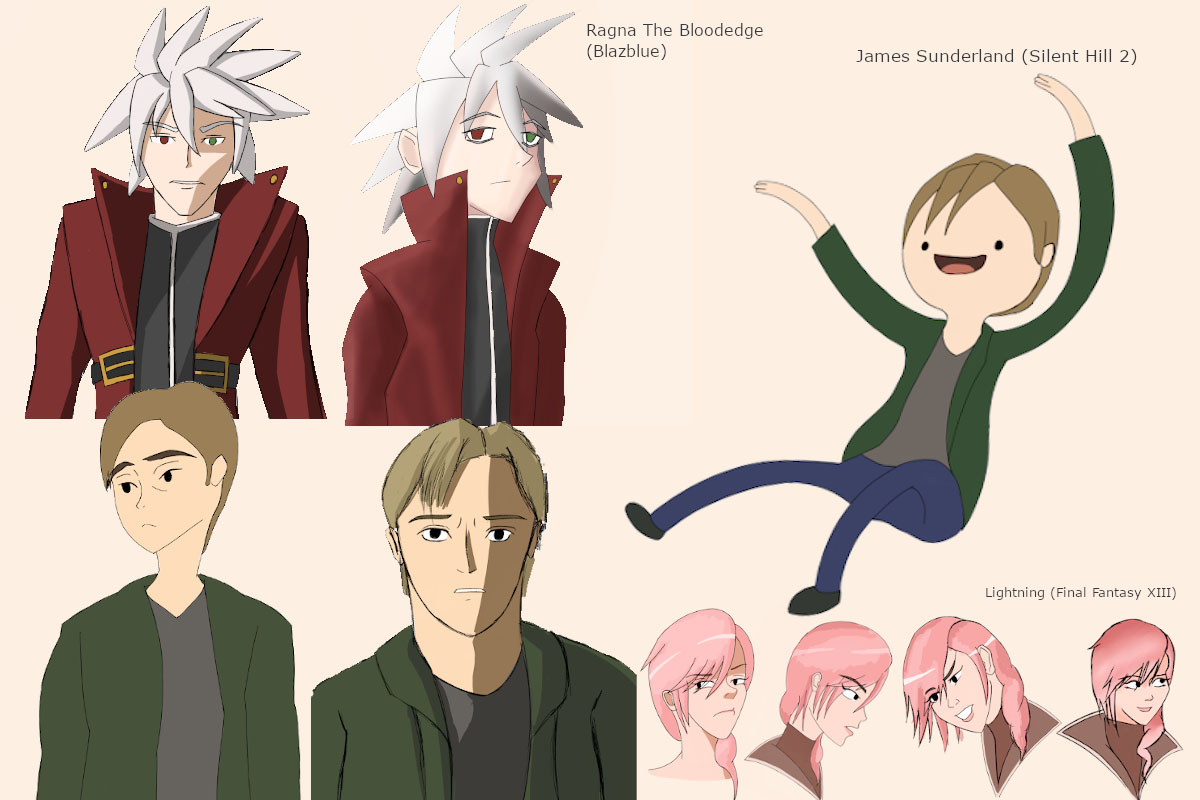 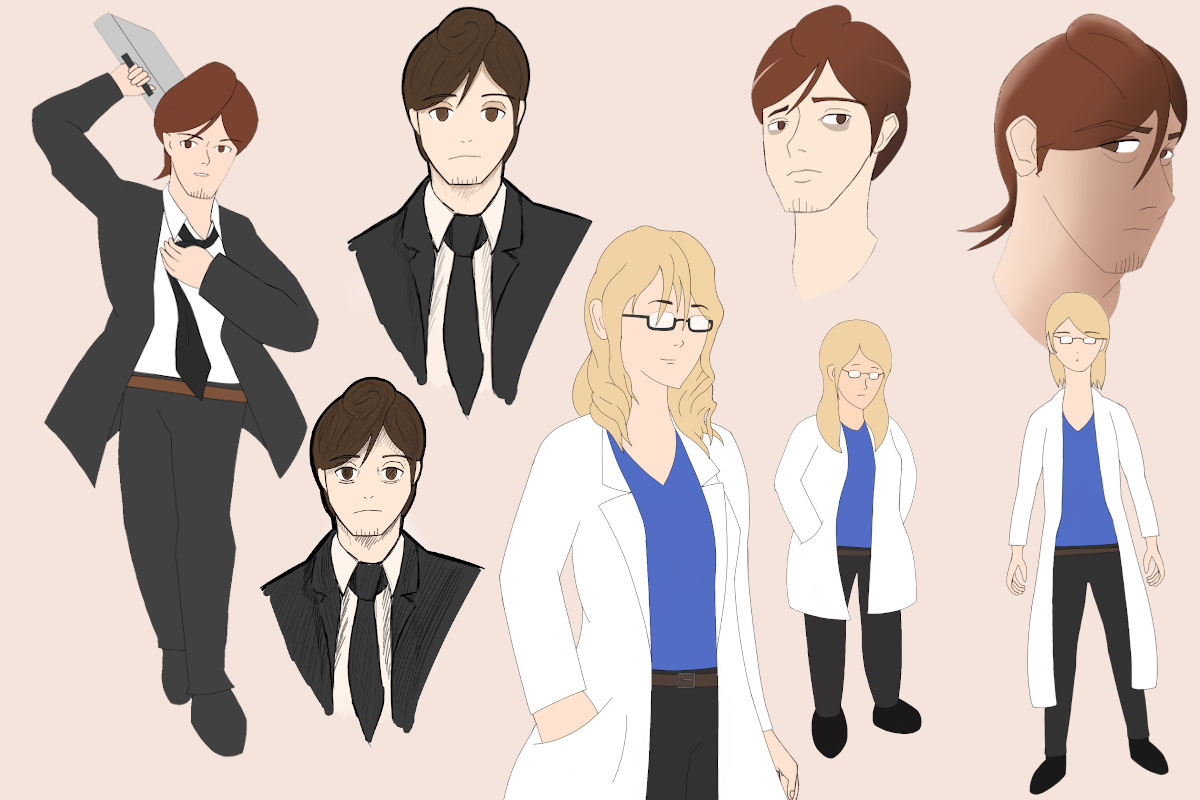 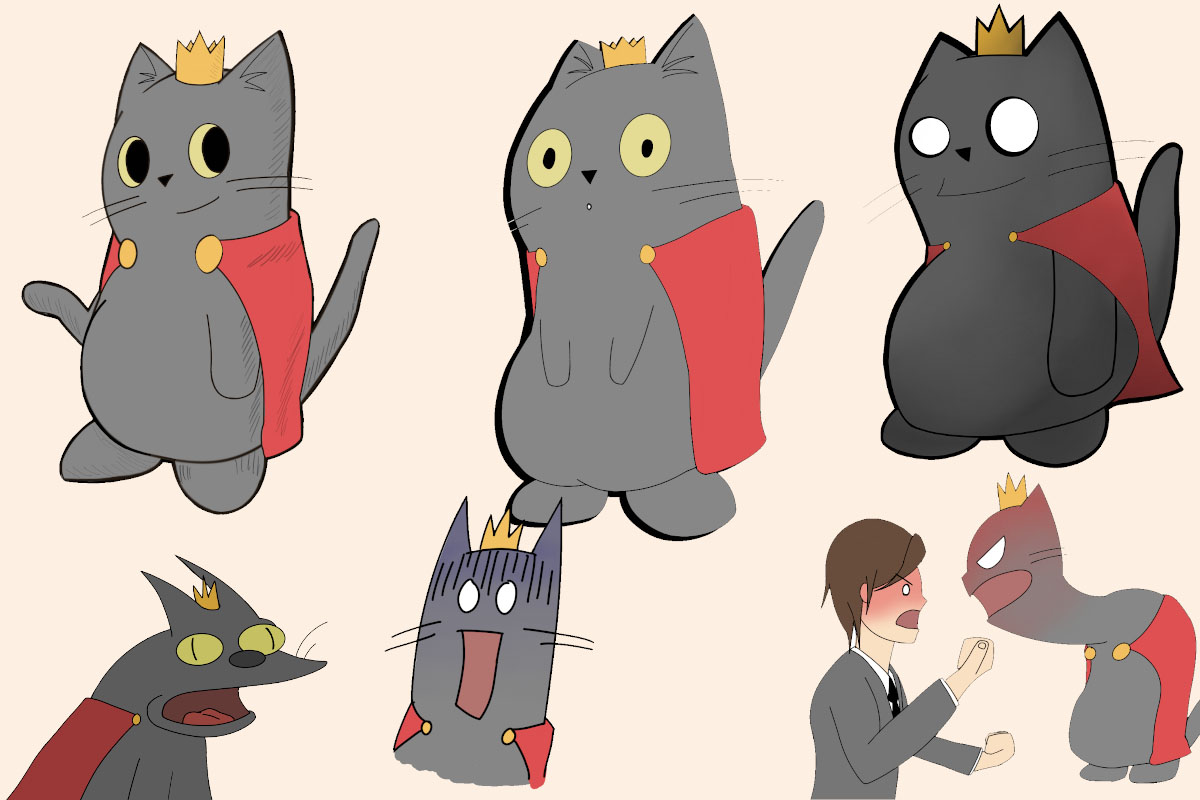 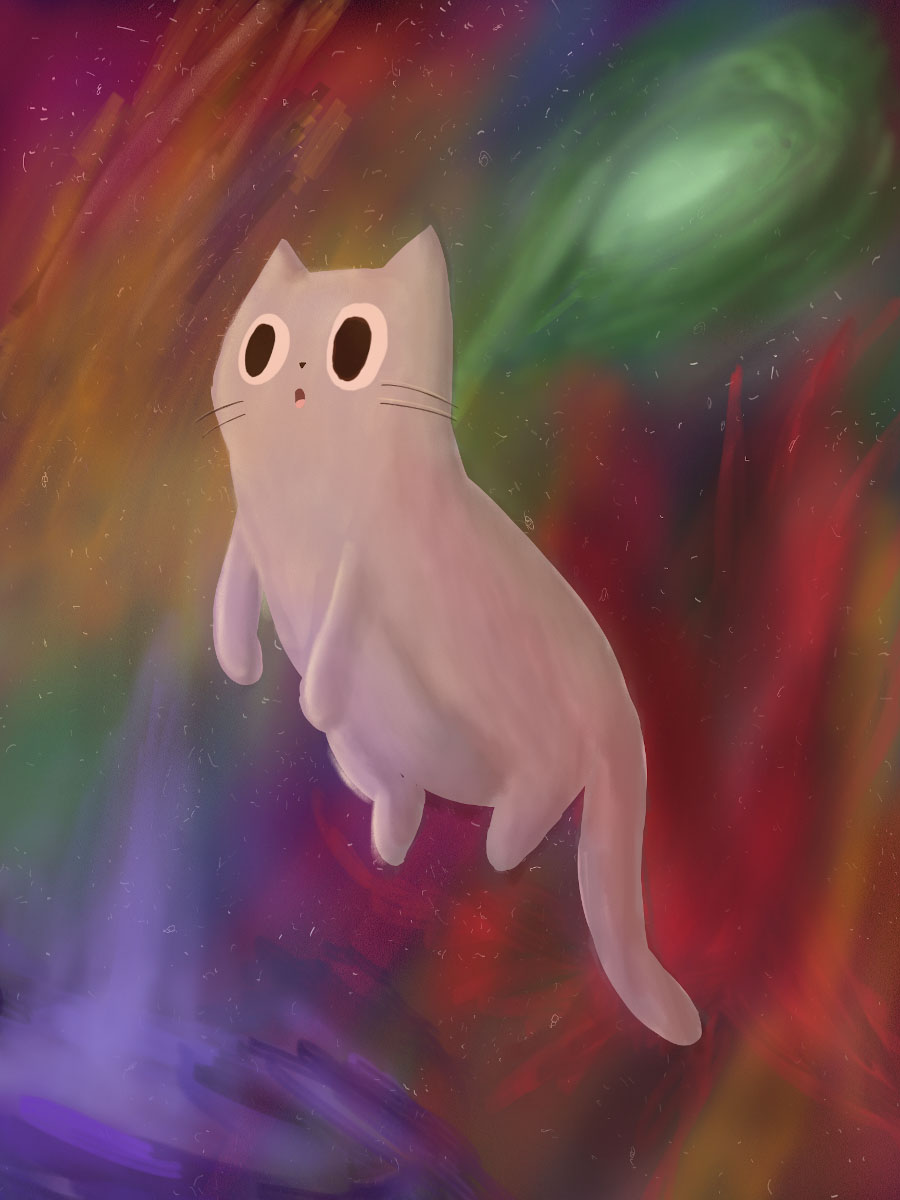 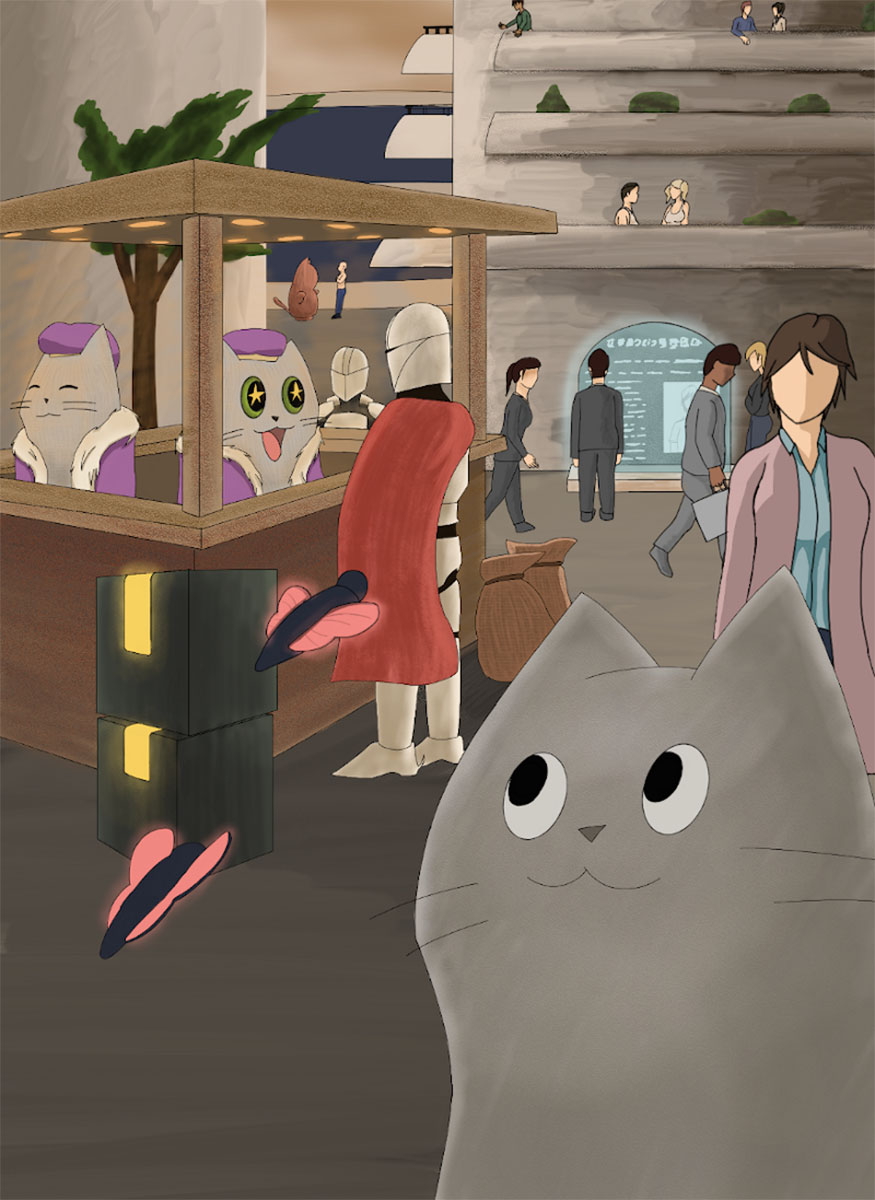 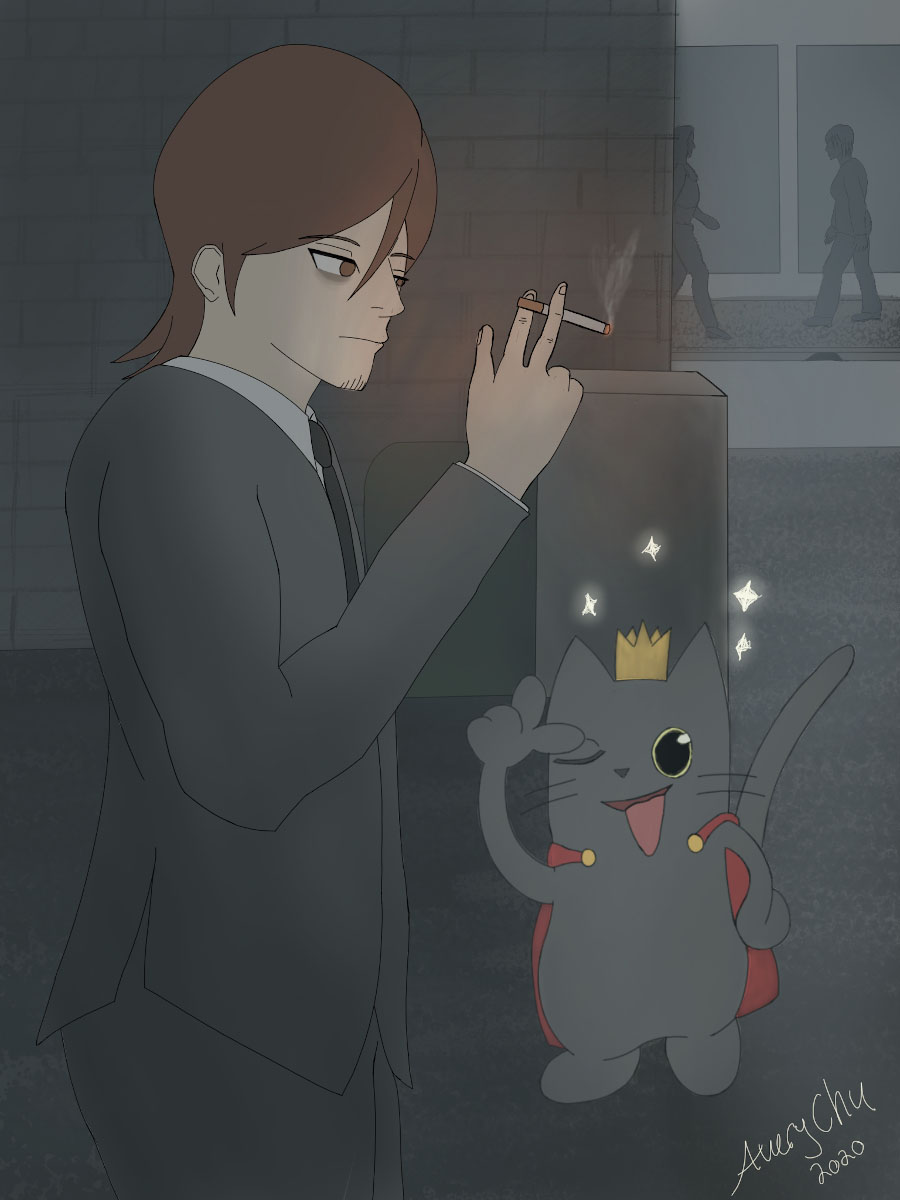 I believe that art as a whole is a vessel for understanding the world at large, as well as other people. The realm of fiction has always fascinated me; regardless of the medium. Whether it be film, novels, video games, or comics, I am drawn to stories as a means of sharing a bit of one’s self. A story’s intention can vary from an aim for pure entertainment or the expression of one’s innermost struggles. To me, fictional stories act as a window into the minds of authors, and their best art tends to contain the soul that the author poured into it. Art is among the most critical means in which I know how to truly express myself, and entertaining an audience has been a passion throughout my life. My interest in becoming a creative storyteller only makes sense.

The primary creative project guiding my growth as an artist is my own original comic book, The Adventures of Mr. Snuggles; the first volume being titled Mr. Snuggles V.S The Black Holes. The titular character, Paul Snuggles is the feline dictator of the entire human race and the Snuggles Empire. Ruling the world is a lot of work, so Snuggles regularly opts to go on adventures aboard his personal spaceship and oftentimes torments his crew in the process.

Being able to convey stories like Mr. Snuggles visually essential to me. I’ve recently realized that the visual component of my art was merely being used as a tool, not as a vehicle for expression. Over the duration of the semester, I found myself on a quest to study and explore different visual styles and ways of mark making; to not only discover what my ‘style’ was, but to determine what aesthetic would dynamically evoke each story I wish to tell. My work on display in this exhibition reflects the baby steps in that exploratory journey as well as showing what my imagination has been brewing.

The Adventures of Mr. Snuggles is my upcoming comic book series. The titular character, Paul Snuggles is a do-nothing dictator that would rather travel through space than any actual ruling. The first iteration of this comic, Mr. Snuggles V.S The Black Holes, finds our immature “””protagonist””” on the run from a group of sentient teenage black holes looking for their first hit. You can read a rough-draft script for the opening scene below.

On the bridge of Mr. Snuggles’ ship. Paul Snuggles is a cat with black fur, wearing a red cape, and a tiny golden crown on his head. Snuggles and his entirely human crew are in an ongoing trip across the universe to assimilate various alien planets and species into Snuggles’ empire. The crew members wear black pants and plain color coded shirts. Paul sits on his throne in the middle of the room, and he is in an argument with Frank, his lawyer who regularly deals with conflicts with the Space Federation.

Snuggles: I’m not saying that I would let an entire alien species go extinct in order to avoid eating a pancake, I’m just saying I would have to consider all possibilities in a situation like that.

A title card is displayed with Snuggles’ name, his profession as an emperor and his ambitions to rule the entire universe.

Another title card is displayed with Frank’s name, and his occupation as Snuggle’s personal lawyer.

Snuggles: Of course you can.

Frank: No you can’t, all the syrup gets concentrated in the squares. It’s frickin gross.

Snuggles: [Shouting] That is what makes it good! It prevents all the syrup from dripping everywhere and making a mess!

Frank: [Also shouting] That’s bullshit, and you know it! Serah, back me up on this.

Snuggles: Oh, trying to appeal to popularity I see. Tell-tale sign of a failing argument.

The panel cuts to Serah, and displays a title card stating her position as the ships’ Communications Officer and desire to be in the ship’s science department. Serah is facing away from the rest, examining several containers and vials filled with various chemicals setup on her desk alongside various scientific instruments. On the side are two plates, one with waffles and one with pancakes. She uses a pair of prongs to pick up a waffle and drops into a container filled with a green liquid. The waffle floats in the liquid before she scribbles something on the clipboard in her hands. Everyone stares at her in silence for a moment, and then she turns around in her seat.

Serah: [Turning around back towards her monitor] Yeah, right...

Serah continues with her experiments.

Frank: [Grunting in displeasure] Come on, Jerry! You agree with me right?

The panel cuts to Jerry along with another title card. Jerry is the ship's navigator, sits at a desk next to Snuggles’ throne. He wears the standard blue shirt and black pants uniform. He looks up from the holographic menu in front of him.

Jerry catches Snuggles’ eyes glaring at him, he is exuding an immense amount of pressure.

Frank: Then why are you a dictator...

Snuggles is caught off guard. He searches for a response, but struggles to find a rebuttal.

Frank: [Slightly surprised and confused] What?

Frank: You can’t demote a lawyer…

Snuggles: Of course I can.

Frank was cut off by a loud notification sound emanating from Serah’s control panel.

Serah: Oh, it looks like we are being hailed.

Serah: The sensors are having a hard time reading them.

Frank: [Mumbling, directed at Snuggles] How are all those budget cuts working out for ya?

Snuggles: [With a scolding tone] Those were not budget cuts, those were strategic financial reallocations.

Snuggles: [Puffing up his chest, adjusting his posture] Ah, it’s probably a just another species that has seen the awe of my kingdom and wishes to join in on the worship.

Jerry opens a communication channel, and the large display screen in the front of the ship lights up with an image of space. There are three black holes in the center of the display.

The BFA in Art + Design: Drawing offers professional, studio-based training in the visual arts with all the advantages of a university education.

The BFA is a professional degree with concentrated areas of specialization, so you will take more art courses than you would in a BA program. At UMass Dartmouth, you also have the advantages of a university education where you can diversify your studies and expand your career opportunities.