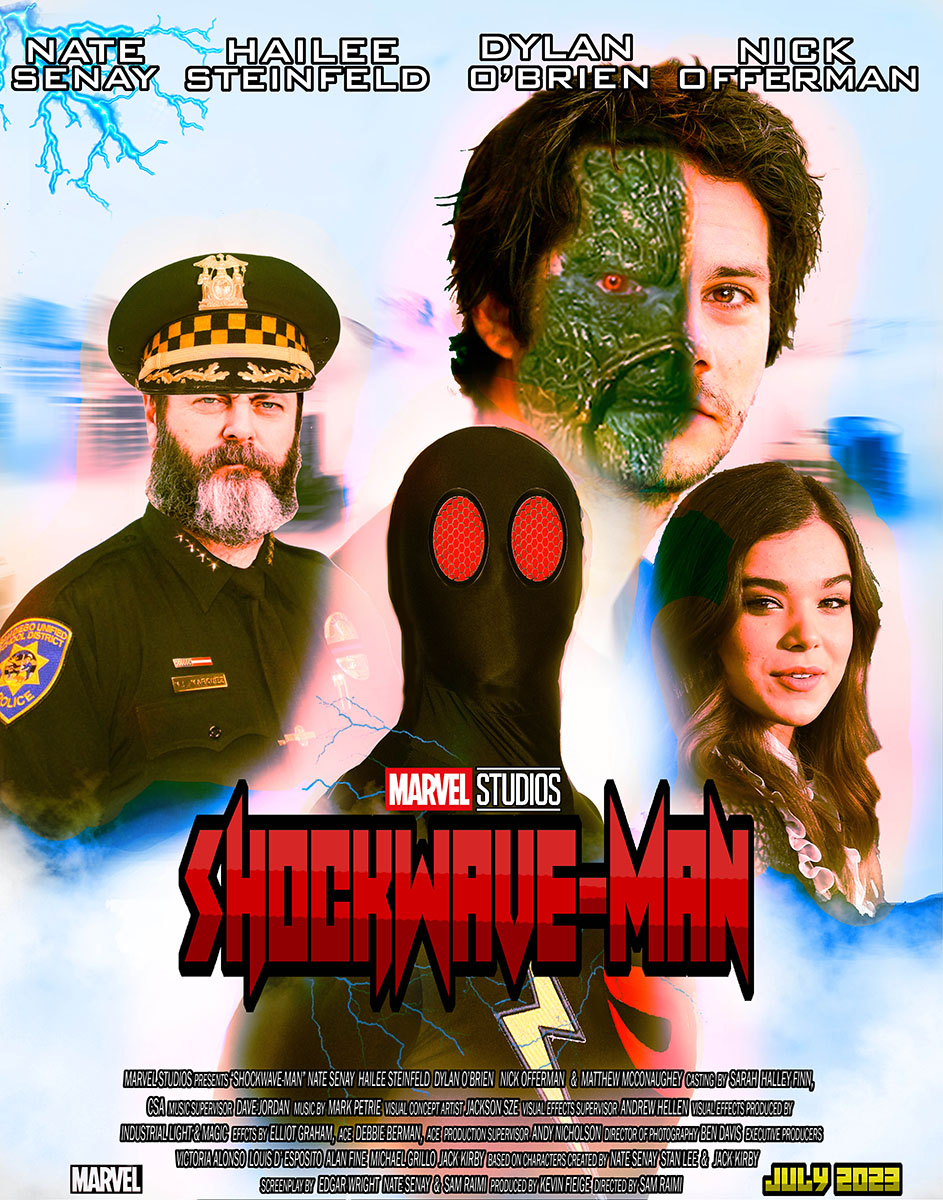 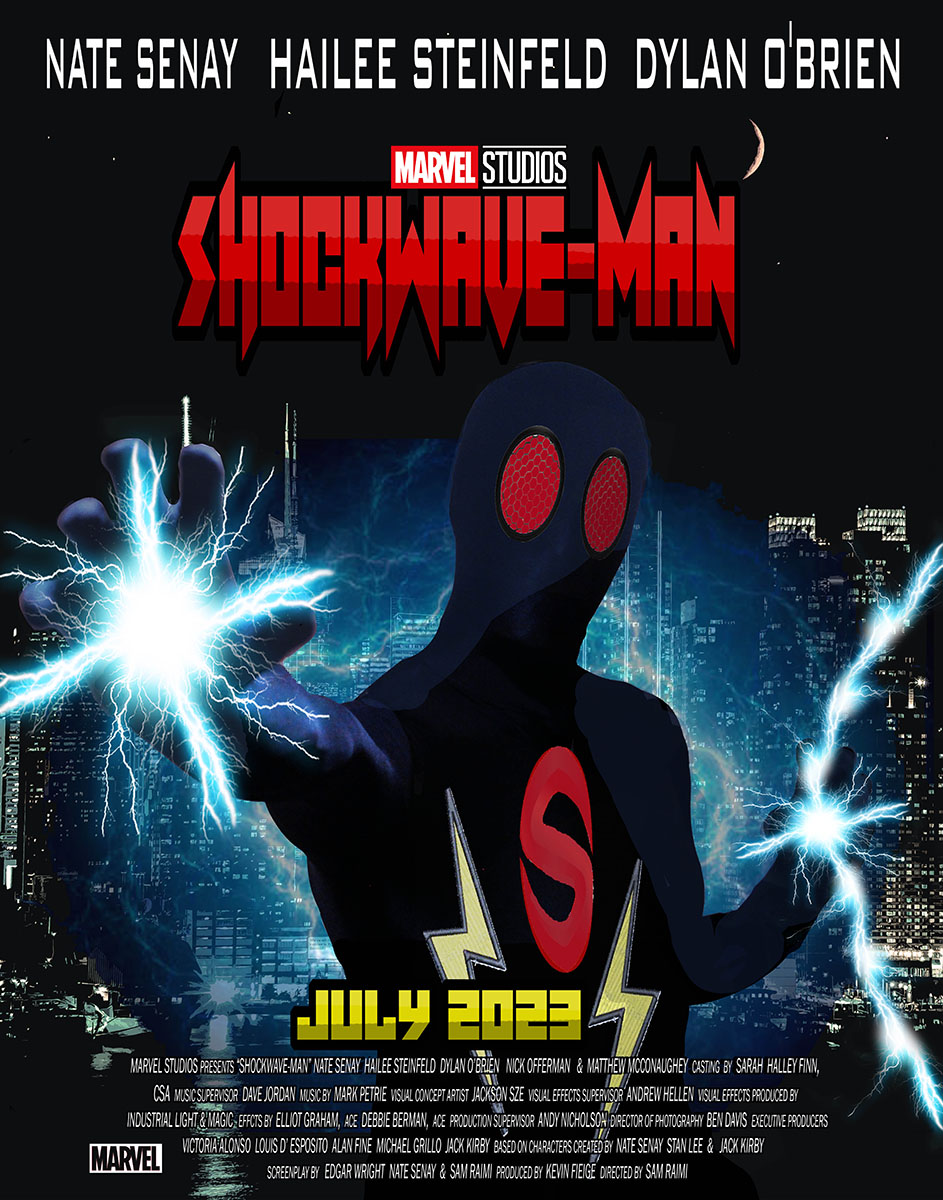 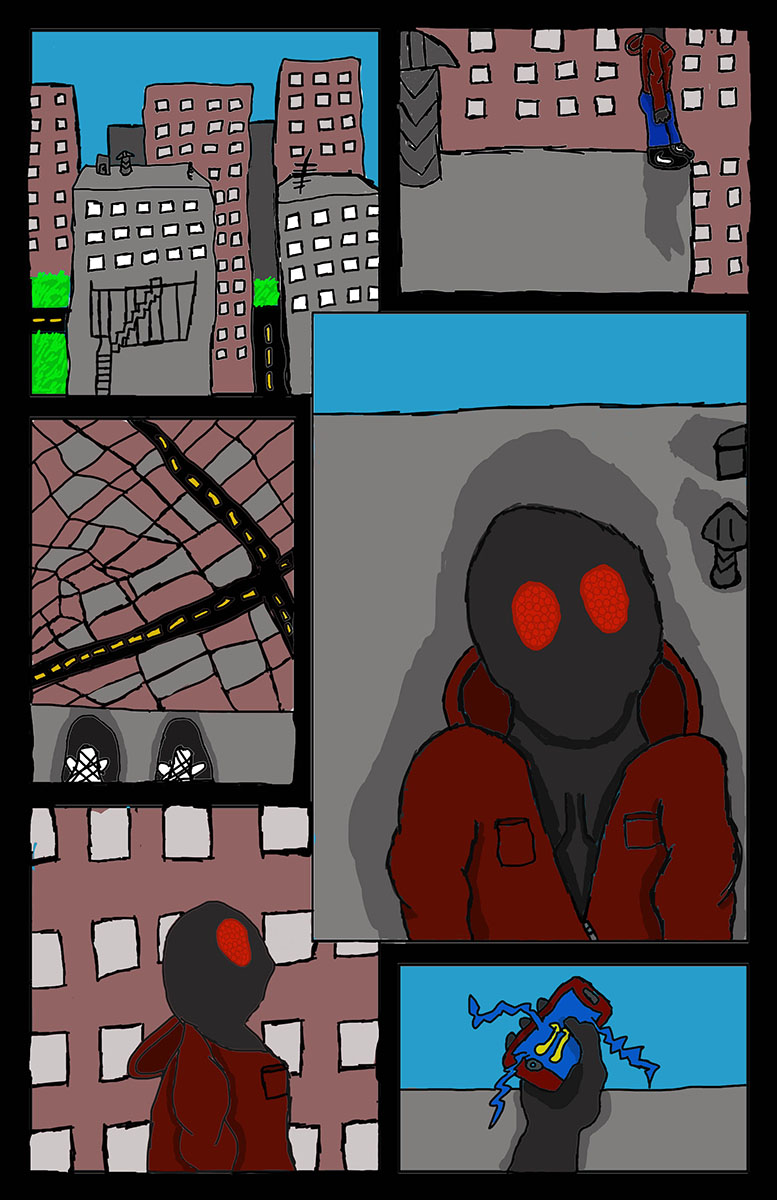 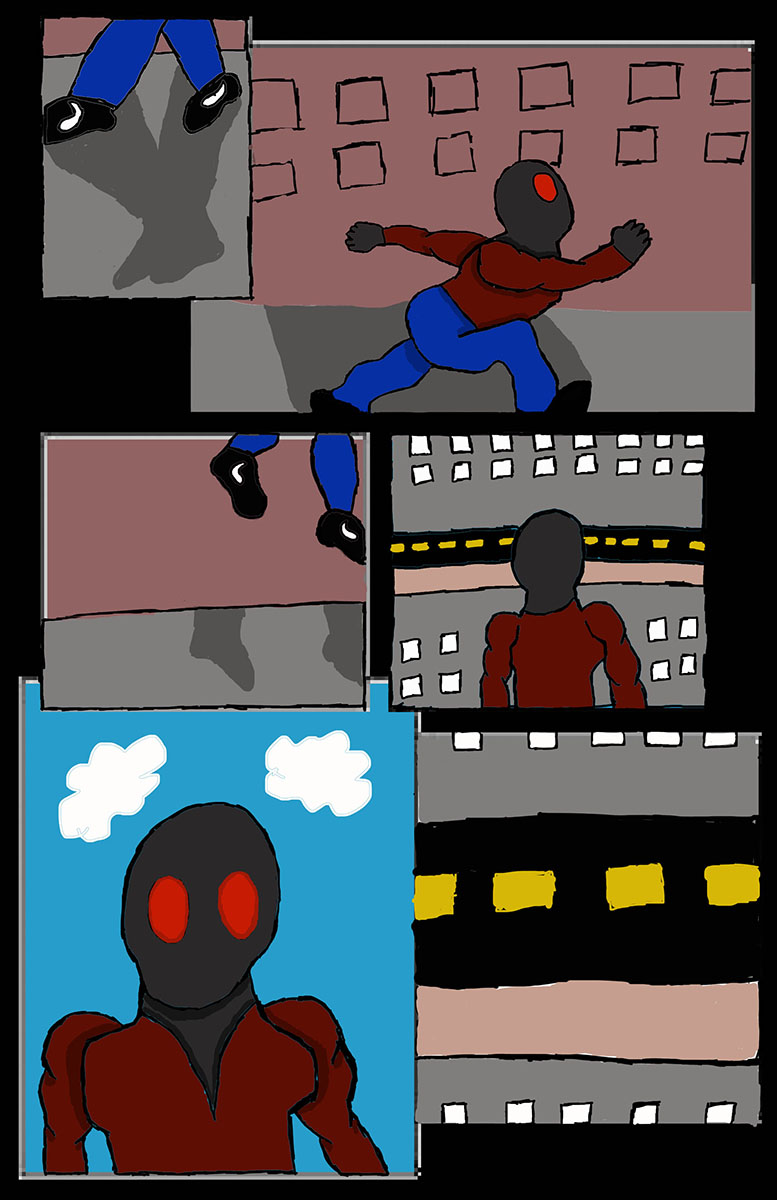 My project dives into the world of a superhero I have been developing for years now. The posters resemble what it would be like if this superhero known as Shockwave-Man had a film. I started coming up with ideas for how I could show this character in a visually appealing way, which came down to creating a teaser poster as well as a character driven poster. I used Photoshop to create both of the posters. I even went as far as to buy a skin-tight costume and rented out a camera to shoot some poses in costume. I wanted to make Shockwave-Man look more organic on the posters. I used my skills in Photoshop to bring the characters together while working with different filters, colors, fonts, shadows and lighting to make the posters pop. Making Nick Offerman’s character was an interesting challenge for me. I combined multiple images for his character as well as Dylan O’Brien’s character to make them look more authentic (Offerman’s character as a police chief and O’Brien’s character as the villain). I also wanted to tie Shockwave-Man into the Marvel Cinematic Universe to make the world more interesting.

I made the web comic after working on the posters. I wanted to not only visually show the character through the posters but also wanted to explore the world of Shockwave-Man. The web comic focuses on Shockwave-Man’s first time learning to fly. I also thought it would be fun to include an intro for the first Shockwave-Man superhero film. For the intro I used and edited templates on renderforest.com. I also did some editing in Wondershare Filmora9 and Photoshop.