Publication: Essays documenting the destruction of cultural heritage in the Middle East

The Destruction of Cultural Heritage: From Napoléon to ISIS is a collection of original essays co-edited by CVPA art history professor Pamela Karimi. 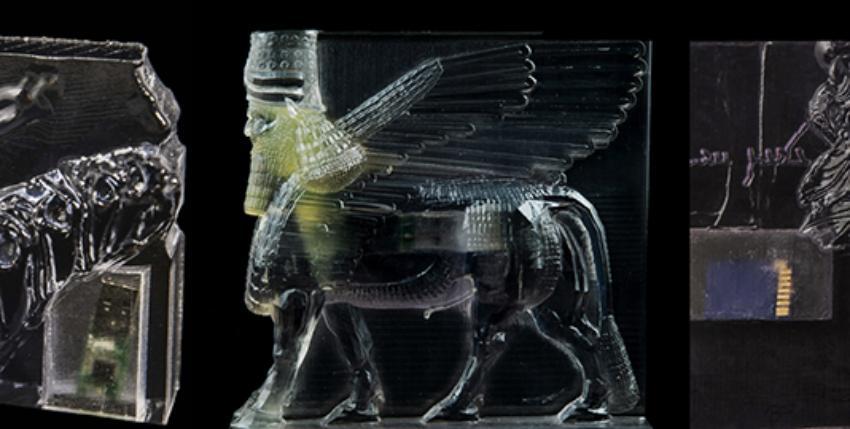 3D-printed Lamasu with a flash drive by artist Morehshin Allahyari, from the Material Speculation: ISIS series, 2015. Image courtesy of the artist.

The Aggregate Architectural History Collaborative has published a new dossier of original essays, The Destruction of Cultural Heritage: From Napoléon to ISIS, co-edited by CVPA art history professor Pamela Karimi.

Documenting the demolition of cultural heritage in the Middle East

Published on the occasion of the recapture of ISIS-controlled areas in Northern Iraq, these essays by prominent scholars of Middle Eastern art and architectural history document, quantify and theorize the demolition of cultural heritage in the Middle East, taking a long historical view that encompasses instances of destruction of the cultural heritage in the Middle East from the Napoleonic invasion of Egypt in 1798 to the demolition spree of ISIS today.

Exploring the agency of ancient monuments in today’s cultures, the ways in which this agentival capacity has been enacted or rejected through acts of violence, care, mediatization, or indifference, the authors of the essays in this collection describe the impact of obliterating architecture on our psyches, cultures, philosophies, and historiographies.

To spur further research and reflection, a compilation of essential sources and news reports of instances of cultural demolition accompanies the essays: