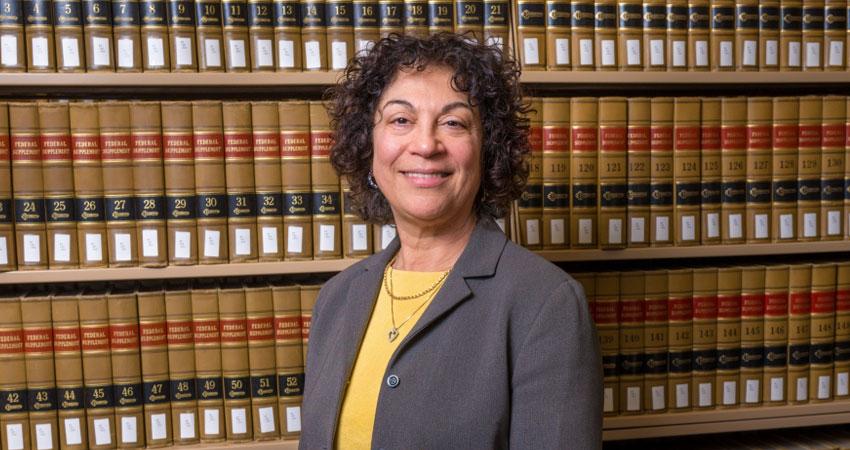 In this semester-long, 6-credit clinic, students, in both class and individual specialized supervision, learn to act as "real" lawyers while providing immigration legal services to indigent people who are primarily located in the South Coast area. Case types vary, but include bond hearings and deportation defense; visas for juveniles, victims of violence, and workers; and asylum and naturalization assistance. Weekly seminars offer both substantive and practical training in case preparation, interviewing, counseling, motion practice (including writing), and a variety of other skills required to act as a competent, ethical lawyer. 20 hour commitment which includes supervision and class time. 6 credits (Optional 3:03 approval with LAW 576 Evidence or LAW 620 Trial Practice pre-requisite/co-requisite). Graded.

Professor Scharf engaged in private practice for several years and was then counsel with state and local administrative agencies, including the Massachusetts State Ethics Commission. She served as a Special Assistant Attorney General (Commonwealth of Massachusetts Tobacco Litigation) and is a trained mediator in domestic relations, as well as an arbitrator for the Financial Industry Regulatory Authority.

She served as Associate Dean for Clinical Programs (2002-2010) at UMass Law’s legacy institution, Southern New England School of Law, and as Director of Clinical Programs and Experiential Learning at UMass Law from 2010 to 2013. In these positions, she played leadership roles in developing the school’s clinical programs, including a wide variety of both in-house and off-site clinics, a broad internship program, and one that served all law students, whether enrolled in the full-time or part-time program.

Professor Scharf was recently re-appointed to a second term on the Board of Publication of the American Immigration Lawyers Association, the national organization for immigration attorneys, and is the editor-in-chief of its recent publication, The Waivers Book: Advanced Issues in Immigration Practice, and two more recent books geared toward immigration practitioners.

She is currently an active member and blog author in a nationwide movement of law professors who are encouraging use of “Best Practices” in legal education.

Professor Scharf’s most recent publication is an article entitled Un-Torturing the Definition of Torture and Employing the Rule of Immigration Lenity, to be published Fall 2013 in the Rutgers Law Review.

Among her other publications are the following:

Un-Torturing the Definition of Torture and Employing the Rule of Immigration Lenity, 66 Rutgers L. Rev. (2013)

Tired of Your Masses: A History of and Judicial Responses to Early 20th Century Anti-Immigrant Legislation, 21 Hawaii L. Rev. 131 (1999)