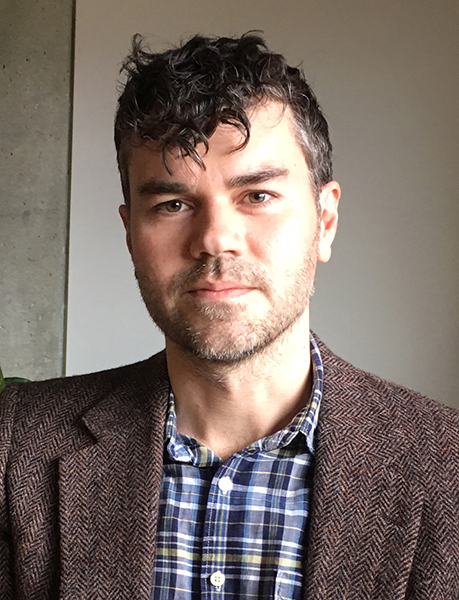 College of Visual & Performing Arts 301B

9/11 and the Visual Culture of Disaster. Bloomington: Indiana University Press, 2014.

“In Pursuit of Other Networks:  Drone Art and Accelerationist Aesthetics.”  In Life in the Age of Drones, edited by Caren Kaplan and Lisa Parks, Durham, NC: Duke University Press (under review).

“The City From Afar: Urbanization and the Aerial View in Alvin Coburn's The Octopus.” In Journal of Urban History (forthcoming)

“The Camera as Corrective: Post-Photography, Disaster Networks and the Afterimage of Hurricane Katrina.” In 10 Years After Katrina: Critical Perspectives of the Storm’s Effect on American Culture and Identity, edited by Mary Ruth Marotte and Glenn Jellenik, New York, NY: Rowman and Littlefield, (forthcoming).

"In the Pursuit of an Outside: Art Speigelman's In the Shadow of No Towers and the Crisis of the Unrepresentable." In After NAFTA: Contemporary North American Dystopian Literature.  Edited by Brett Josef Grubisic, Tara Lee and Gisèle M. Baxter , Waterloo, Ontario:  Wilfrid Laurier University Press, 2014.

“Do Disappearing Monuments Simply Disappear? The Counter-Monument in Revision." Future Anterior 8, no. 2(Winter 2011).

"Two Kinds of Darkness: Jean-Luc Nancy and the Community of Cinema." In Canadian Journal of Film Studies 19, no.2 (2010).

College of Visual & Performing Arts 301B