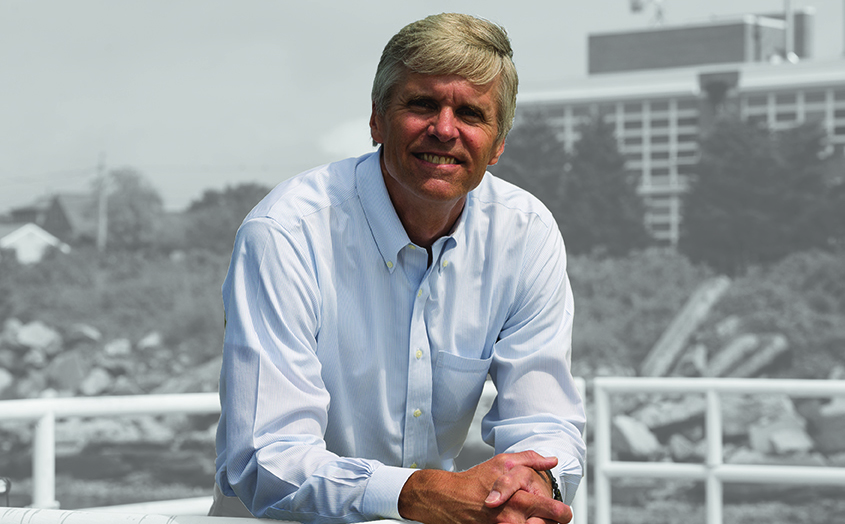 There is a major drive to understand the factors that influence climate change as well as a need to understand dynamics of carbon on land and how it is cycled in ocean water.

The NASA Carbon Monitoring System Program awarded funds to Dr. Steven E. Lohrenz of SMAST to develop a modeling framework for carbon management. The project, “An Integrated Terrestrial-Coastal Ocean Observation and Modeling Framework for Carbon Management Decision Support,” received a total budget of $1.2 million and is a collaboration with co-investigators at Auburn University, North Carolina State University, and the University of Delaware. UMass Dartmouth, the lead among all collaborating institutions, receives $228,000 annually over a three-year period.

“We observe the ocean using satellites and ships in the water to measure carbon dioxide and understand how carbon is exchanged in the environment. We know that about one-third of the carbon released by human activity is taken up by terrestrial plants, one-third goes into the ocean, and one-third remains in the atmosphere. This increasing amount of carbon in our atmosphere contributes to climate change,” said Lohrenz. “Our project is one of the few studies that looks at land and ocean simultaneously to determine how one affects the other. The ultimate goal is to have a better handle on the carbon budget and use that knowledge to better manage carbon emissions.”

The ultimate goal is to have a better handle on the carbon budget and use that knowledge to better manage carbon emissions.

The ultimate goal is to have a better handle on the carbon budget and use that knowledge to better manage carbon emissions.