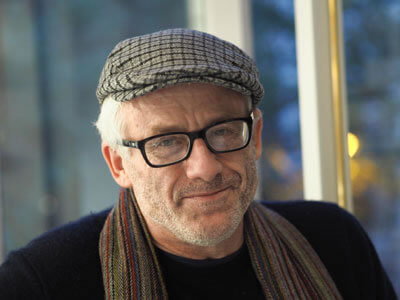 It is with great sadness that we remember the untimely passing of our colleague Professor Christopher E. Larkosh.  Professor Larkosh was a long-standing member of the Center for Portuguese Studies and Culture’s Executive Board. He was a champion of Luso-American literature and a devoted academic.  This is a great loss to the Portuguese-American community.

Professor Larkosh earned his PhD in Comparative Literature from the University of California Berkeley in 1996. He was polylingual, loved travelling, and was a familiar face on the conference circuit. He joined the UMass Dartmouth community in 2007 as a faculty member in the Department of Portuguese.  He is the author of over twenty articles in academic journals such as TTR and The Translator, as well as the Routledge/T&F journal Translation Studies, for which he also collaborated as Reviews Editor from 2012 to 2014.

Professor Larkosh was involved with Tagus Press throughout his time at UMass Dartmouth. He served a term as faculty director, as co-editor of the journal Portuguese Literary & Cultural Studies (PLCS), and, most recently, as co-editor of the Portuguese in the Americas series. He was co-editor (with Oona Patrick) of Behind the Stars, More Stars: The Tagus/Disquiet Collection of New Luso-American Writing (Portuguese in the Americas Series). Larkosh was also co-editor (with Mario Pereira and Memory Holloway) of Transatlantic Africas: Visual, Material and Sonic Cultures of Lusophone Africa (PLCS) and co-editor (with Emanuel da Silva, Maggie L. N. Felisberto, and Jo-Anne S. Ferreira) of Luso-American Literatures and Cultures Today (PLCS).

On behalf of the entire UMass Dartmouth community of Luso-Afro-Brazilian studies, we extend our most heartfelt condolences to Chris’s family and friends. He will be missed by many.