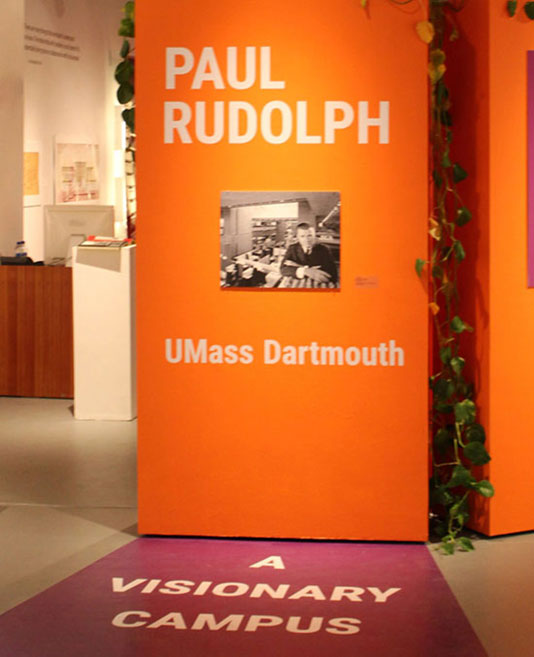 On April 23, 2018, a public open forum was held to discuss the potential nomination of the UMass Dartmouth's LARTS building to the National Register of Historic Places. Brown University’s Dr. Marisa Angell Brown and her graduate students discussed the historic significance of Paul Rudolph’s architectural masterpiece, the nomination process, and the advantages and disadvantages of this prestigious national architectural status.

Dr. Anna Dempsey, Prof. Allison J. Cywin and Dr. Cathy Smilan extend our gratitude to Viera Levitt, Michael Swartz, Laura Franz, Janet Fairbairn, Joy Miller, and Justin Maucione for their contributions and guidance with the exhibition and catalog. The photographs and drawings included in the catalog and exhibition are a generous contribution of Judy Farrar, Librarian and Archivist at the Claire T. Carney Library, Archives and Special Collections at the University of Massachusetts Dartmouth. Rudolph’s architectural drawings and photographs are housed at the Library of Congress Prints and Photographs Division as well as the Paul Rudolph Foundation in New York City. Special thanks Anuja Roy and Grace Lucock for their creativity, careful attention to details and endless hours to the creation of this catalog.