Pazzi Lazzi Troupe introduces you to the rich culture of Italy by giving you the opportunity to experience the ancient tradition of Commedia dell’Arte. 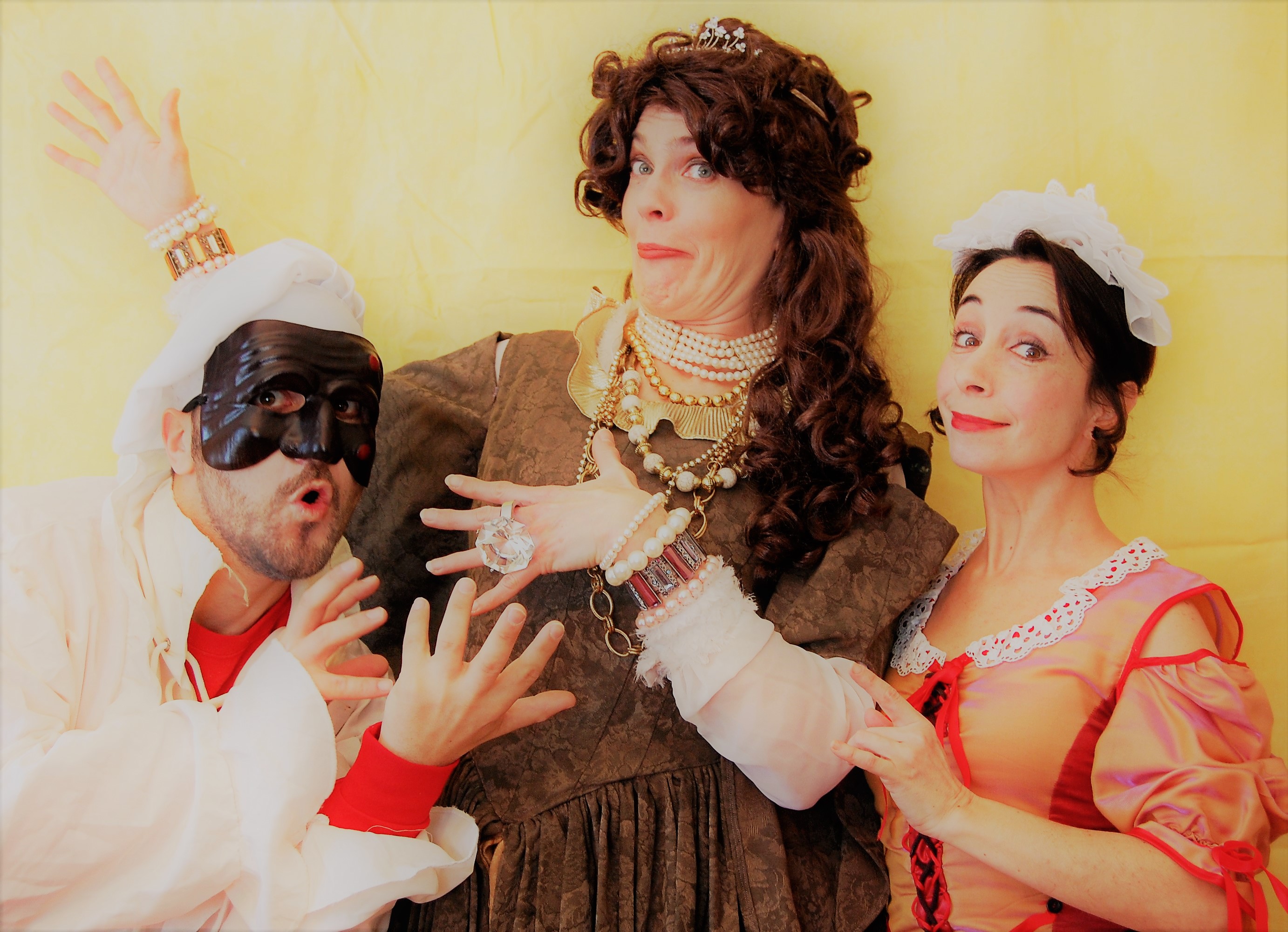 UMass Dartmouth’s College of Arts and Sciences invites the university community and general public to a Commedia dell’Arte performance and lecture by Pazzi Lazzi Troupe, the 2017 Esposito Visiting Faculty Fellow.

The Pazzi Lazzi Troupe’s performance and lecture with Chiara Durazzini and Dan Meyers will give attendees the opportunity to explore the ancient tradition of Commedia dell’Arte. The performance will take place at the Stoico/FIRSTFED Charitable Foundation Grand Reading Room in the Claire T. Carney Library on March 23 at 4 pm. The event is free and open to the public.

Pazzi Lazzi is a Commedia dell’Arte troupe based in Boston who strive to entertain and to educate its audience. Pazzi Lazzi embraces Commedia dell’Arte as a traditional street theatre that focuses on relevant themes of today—greed, power, social hierarchies, and other typical human weaknesses.

Chiara Durazzini, Pazzi Lazzi’s artistic director, is a native of Florence, Italy, and has been working as a theatre actress both in Italy and in Boston. She has also previously appeared in numerous Italian productions, including plays by Moliere, Goldoni and Pirandello.

She has trained with the actors of Odin Teatret and studied extensively Commedia dell'Arte at the Scuola Sperimentale dell'Attore near Venice. She obtained her Master's degree in Art, Music and Theatre at the University of Bologna, Italy.

Dan Meyers has developed a reputation as a flexible and engaging performer of both classical and folk music; his credits range from premieres of avant-garde chamber music, to headlining a concert series in honor of Pete Seeger at the Newport Folk Festival, to playing Renaissance instruments on Broadway as part of the “band” for the Globe Shakespeare Company.

He is the director of early wind instrument studies at the Five Colleges (MA) and has taught at Tufts University. Meyers holds a Master of Music degree in Early Music Performance from the Longy School of Music.

Commedia dell'Arte cuts trough the clutter of today's theatrical buzz as it brings people back to a more intimate time in the history of theater.

PreviousNext
College of Arts and Sciences, College of Visual and Performing Arts, News and Public Information

Commedia dell'Arte cuts trough the clutter of today's theatrical buzz as it brings people back to a more intimate time in the history of theater.