Managed by the Rappaport Center for Law and Public Policy at Boston College Law School, the Rappaport Center Fellows Program offers a paid, 10-week summer internship in key state and local agencies in the Greater Boston area. Each year, twelve fellows from eight Massachusetts law schools are selected through a competitive application and interview process to experience the complexities and rewards of public policy and public service. Fellows also participate in a weekly seminar series with leading practitioners and scholars in a program that aims to shape future civic leaders and policymakers to create a real difference in society.

As Public Interest Law Fellows at UMass Law, both Dillan and White developed an early interest in public policy. Their own past life experiences motivate them to create legislation to improve the lives of others. Dillan aspires to protect and assist victims of domestic violence while White hopes to assist adolescent parents in overcoming challenges to achieve their potential.

She always wanted to be an attorney but put her plans on hold. After leaving an abusive relationship, she decided to re-evaluate her life. “As I took inventory of who I was and where I was going, I decided I was given the chance to start over and I was not going to waste it. At that point, my law dreams resurfaced, and I threw everything I had into making it happen. I was determined to take my experiences and create a happy ending for both myself and for others,” Dillan said.

She was drawn to the JD/MSW dual-degree program and UMass Law’s commitment to public interest law. She will earn a law and master’s degree in social work simultaneously. “I came to law school knowing my career goals and felt that UMass Law offered me the most direct path to them,” Dillan added.

In addition to serving as a Public Interest Law Fellow (PILF), Dillan is a member of Delta Theta Phi, the Legal Association of Women, If/When/Now, and the National Lawyers Guild.

She will intern with Rep. Natalie Higgins (D-Worcester) and looks forward to learning more about the legislative process. Her internship will provide a foundation for the legislative work she aspires to in policymaking and nonprofit victim advocacy.

“My passion is to help fellow survivors of domestic violence rebuild their lives after escaping abuse, and I think this is best accomplished through a combination of legislative reform to provide overarching protections and assistance as well as working directly with survivors to create change on an individual level,” Dillan said.

She has been working with the Massachusetts Women’s Bar Association’s Domestic Violence Anti-Discrimination Task Force, which has recently proposed a bill, “An Act Relative to Employment Protections for Victims of Abusive Behavior,” that she hopes will become state law. The bill proposes to extend and expand existing workplace anti-discrimination protections to individuals coping with abuse.

“I also have a lofty goal of eventually starting my own nonprofit providing legal and social services to domestic abuse survivors in addition to community education/outreach initiatives,” said Dillan. “We’ll never eradicate domestic violence from our society, but we can change how we respond to it. My penultimate goal is to be able to look back on my career and know that what started as a simple dream ultimately made a real difference in other people’s lives.”

“UMass Law focuses on public interest law in a way that I did not see at other schools.” 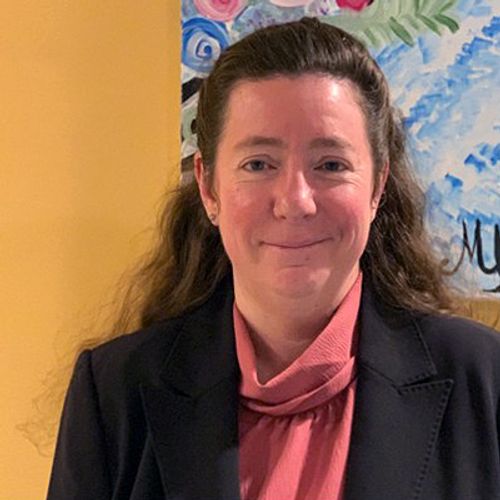 A resident of Hopedale, MA, Jennifer White worked with adolescent parents for many years in her capacity as a program director for the Framingham/Milford Healthy Families Program, which is part of the Healthy Families Massachusetts initiative.

“The families I worked with kept running into the same systematic barriers that impacted their ability to overcome the challenges they faced. Repeatedly, they would be denied access to things like childcare or economic supports that would help them move forward. They faced challenges at school and in the community as well. I came to law school because I wanted to work closely to help change the policies and systems that make it difficult for young parents, especially women, to create a different life than the one they grew up knowing.”

White will intern at MA Senator Joan Lovely’s (D-Second Essex) office. She plans to pursue a career in policy development related to issues that impact women’s lives, especially mental health, domestic violence, and economic equity for women and families living in poverty. “This is especially important to me as the mother of two young women,” White said.

A PILF recipient, White chose UMass Law for several reasons. “UMass Law focuses on public interest law in a way that I did not see at other schools,” she said. “When I visited UMass Law, the sense of community that I felt among the students and professors was impactful. As a nontraditional student, I was worried about going back to school and the feeling I got at UMass Law is one of support.”

White is the 1L representative on the National Lawyers Guild and is a member of Delta Theta Phi – Larkin Senate. She was recently elected treasurer of the Legal Association of Women.

“The support at UMass Law is phenomenal,” White said. “Every professor is willing to work with you when you need help; there are TAs who provide support, as well as the Academic Success Office. If you ask, there is always someone who is willing to help. I have also made friends in my 1L class who have been amazing support as we figure out how to be law students, especially in a virtual setting.”

“UMass Law focuses on public interest law in a way that I did not see at other schools.”