An active member of the UMass Law community, Kayla was involved with law review, the Student Bar Association, and the Animal Legal Defense Fund.

By   Marissa Matton
508-999-9265  ll`ssnm?tl`rrc-dct  Foster Administration 013 Marissa Matton
Posted Thursday, May 9, 2019
Updated: Sunday, May 12, 2019
SHARE ON FACEBOOKTWEETShare on LinkedInPRINT THIS PAGEEMAIL THIS PAGERSS 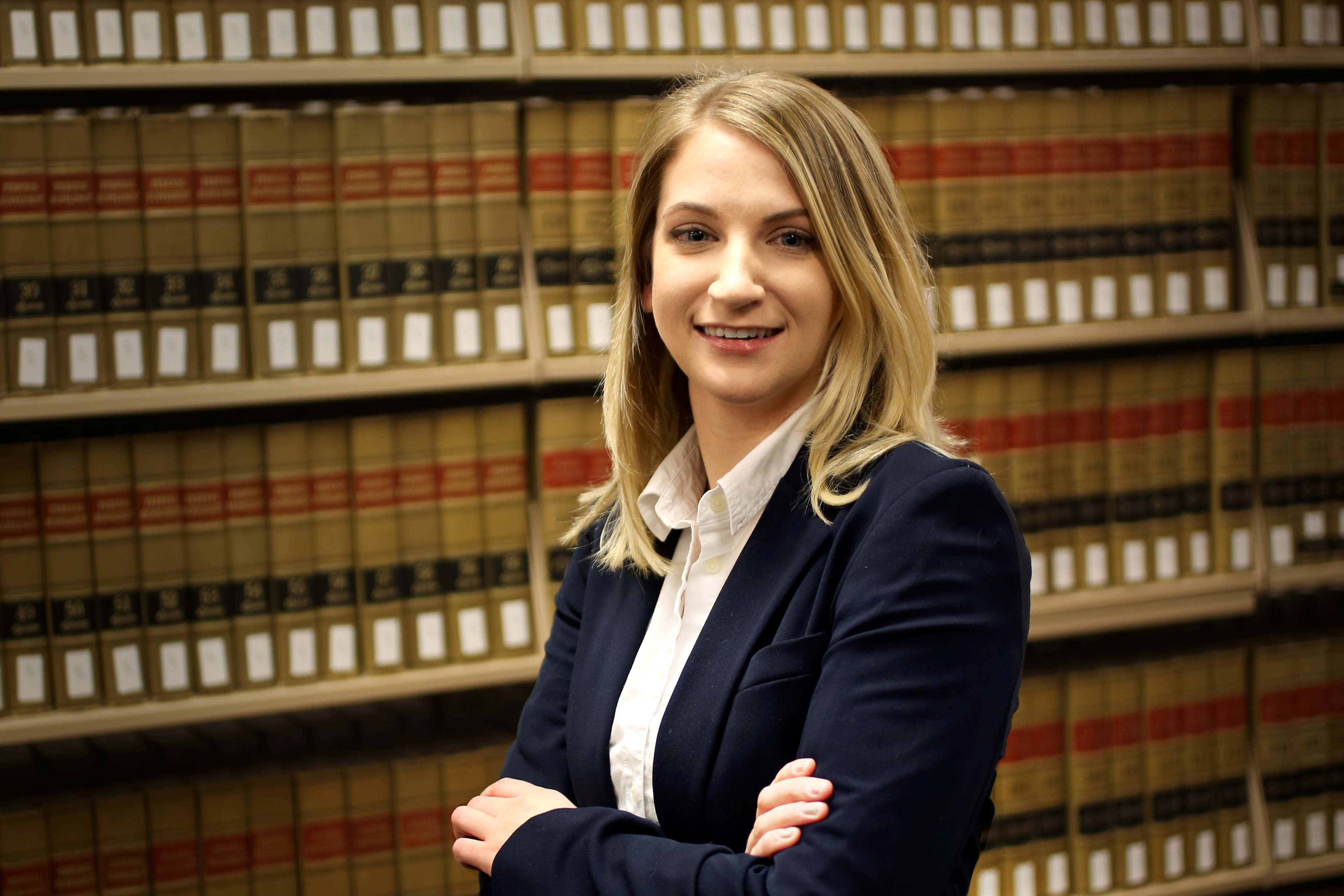 I chose to study law because I knew I wanted to make a difference in the world. I have always felt drawn to improving the lives of the voiceless and to speaking out on behalf of those who cannot do so for themselves.

I was not sure exactly what kind of law I wanted to practice, but I knew that I wanted to work in the public sector, which is exactly why I chose UMass Law. UMass Law has an amazing reputation for preparing students to work in public service legal careers.

Being a Public Interest Law Fellow has defined my legal career. It was the opportunity of a lifetime, and I am grateful to have been chosen for the fellowship. The fellowship gave me the opportunity to go to law school, something I would never have been able to do without the financial assistance the program provides.

I was able to attend events that shaped my choices and opened my eyes to both traditional and non-traditional legal careers in the public sector. I also made invaluable connections with others who have a public service mindset.

Working for Senator Montigny's office as a Rappaport Fellow was an amazing experience. The knowledge I gained in the office helped me become a better advocate, researcher, multitasker, and professional.

I learned what it takes to advocate for what you believe in and about the incredible intricacies of the legislative process. I found out about the importance of helping constituents find answers to complex concerns and also learned firsthand how difficult it can be to navigate all of the administrative channels.

Senator Montigny is an incredible senator, but what I found to be most inspiring about him was that he was able to stay true and passionate about the causes he believed in while fighting for his constituents. His dedication to animal welfare was the reason I wanted to intern in his office, and he lived up to everything I had hoped with the bills he put forth and fought for during the session I was there.

The biggest lesson I took away was to be a zealous advocate for what you are passionate about and to not let anyone stop you when you are fighting for something that you truly believe makes a contribution to your community.

Senator Montigny presented Kayla with an official citation for her work in his office.

I have been a part of almost everything while a student at UMass Law. I have truly tried to immerse myself in everything the law school has to offer. My biggest roles have been that of Editor-in-Chief of the UMass Law Review and as President of the Student Animal Legal Defense Fund.

In addition, I served as the American Bar Association Representative on the Student Bar Association. It was great to be a part of an organization with other students who are so dedicated to the law school and the student body.

Every year, UMass Law students join the Walk to the Hill event where attorneys lobby Massachusetts legislators to include legal aid funding in the state budget. I was the captain of the walk my 2L year. We had the highest number of participants of any other group and received a group participation award from the Equal Justice Coalition for our work.

I'm also the Constitutional Law Teaching Assistant and a Law Library Research Assistant, and I was an Academic Fellow last year.

As the UMass Law Review Editor-in-Chief, I oversaw an incredibly talented group of editors to publish two amazing volumes of our journal. It has been the most difficult yet rewarding role I have taken on.

As the President of the Student Animal Legal Defense Fund, I was able to really pursue my passion. It was a position that I am extremely proud of and that I felt really built on the presence of animal protection ideals in the law school.

I was a part of creating the group with other students my 1L year and took a position as secretary. Our group helped initiate a petition to add Animal Rights Law to our course schedule, which I took and which remains an elective this upcoming year. When I became President, I was very hands-on— I ran a pet food drive, hosted multiple speaking engagements, held educational tabling weeks, and volunteered in the community including running blanket and food drives at local animal shelters.

I was humbled and honored to be awarded a first place Advancement of Animal Law Scholarship from our parent organization, Animal Legal Defense Fund.

I plan to work in the public sector upon graduation. My hope is that my post-graduate career will touch upon improving the lives of animals in some way. If it's not my main career, I plan to make it a part of my life in some way. My ideal career would be one that improves the lives of others.