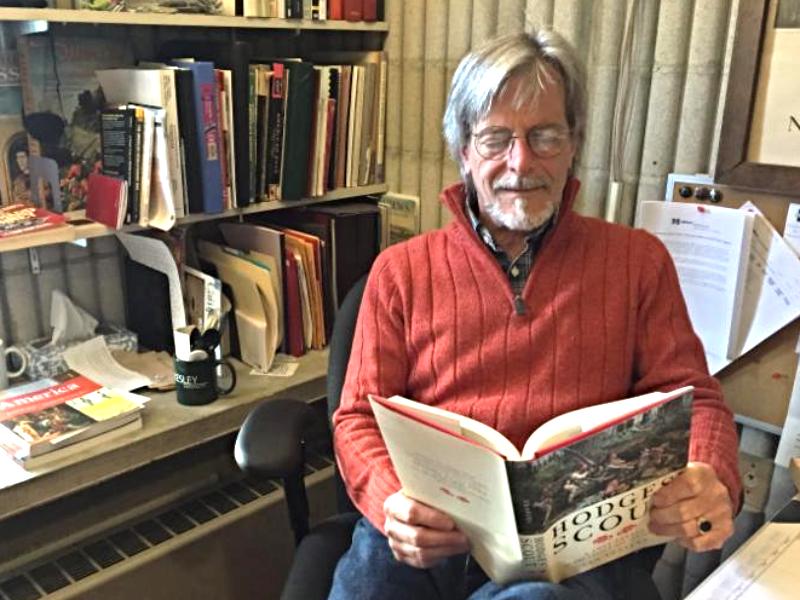 While writing his most recent book, Dr. Len Travers transformed into a history-loving Sherlock Holmes. The History professor, who describes himself as an early Americanist, just published his fourth book in November.

A story worth telling

From local areas like Dartmouth, Andover, and Yarmouthport, the men were ambushed by French and native soldiers, and only a few returned. "The localness of this untold story got my curiosity," Travers said. "It was possible to recover these lost lives and weave it into a story that was worth telling."

In order to tell this story, Travers spent several years scouring the archives. He spent a lot of time in Boston, Providence, and New York trying to piece together what happened. Most of the story comes from local records, probates, and deeds.

Throughout the research process, Travers found himself sympathizing with the men and their stories. It was important for him to be honest about what was fact and what was being interpreted. "If you're willing to dig deeply, documents can tell us stories," Travers said. "I tried to get my reader to see the story as it unfolded to me."

Travers hopes his detective work and his research will resonate with his students. "It's fun to wrestle with contradictory documents," Travers said. "I want to inspire my students to use their historical imaginations."

A lesson for his students

And Travers would like his work to teach his students an untold lesson. "I want them to see that there is a link between historical research and critical thinking," he said. "It's the process of looking at the information we get every day and making sense of it."

The localness of this untold story got my curiosity. It was possible to recover these lost lives and weave it into a story that was worth telling.

The localness of this untold story got my curiosity. It was possible to recover these lost lives and weave it into a story that was worth telling.