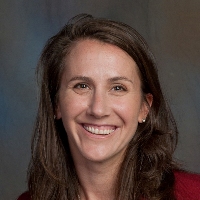 Professor Jenkins' research focuses on American state and local politics, with a specific emphasis upon state legislatures, female politicians, and political parties.   She has published numerous articles on a variety of topics in American politics in journals such as Legislative Studies Quarterly, Political Research Quarterly, Social Science Quarterly, and State Politics and Policy Quarterly.  Prof. Jenkins is the author of the book The Context of Legislating: Constraints on the Legislative Process in the United States (Routledge) and co-author of the book Local Party Organizations in the 21st Century (SUNY Press) with Doug Roscoe.  Prof. Jenkins was awarded a Fulbright Scholarship in the 2011-2012 academic year, during which she taught courses in American Politics at East China University of Political Science and Law.  In Spring 2019 she will be teaching in Japan at Yokohama National University and Tokai University as part of a second Fulbright award.  Prof. Jenkins currently serves as the Academic Director of Online Learning for UMass Dartmouth