Professor Brian Glyn Williams’ Hollywood moment is now. His book and real-life story, The Last Warlord. The Life and Legend of Dostum, the Afghan Warrior who Led US Special Forces to Topple the Taliban Regime, served as a resource for famed producer Jerry Bruckheimer, A-List actor Chris Hemsworth, and actor Navid Negahban in the newly released movie, 12 Strong: The True Declassified Story of the Horse Soldiers.

“This is a story that I have professionally immersed myself in exploring and bringing to life for a decade and a half,” Williams said. “My journey to uncover the hidden story of this special operations campaign—that united Green Berets with fierce Uzbek Mongols as a proxy fighting force to overthrow the entrenched Taliban regime—has consumed me and, on a couple of occasions, almost led to my death.”

I’m proud as a historian that I was able to engage with the talented producer, director, actors and infuse the movie with the land and people I am passionate about and brought to life in The Last Warlord. 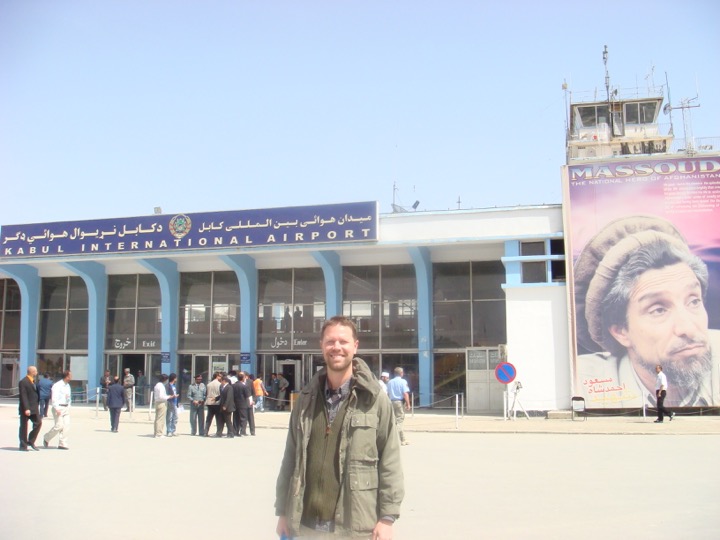 An Afghan expert worries about authenticity

Because of his deep immersion and familiarity with the land and people of Afghanistan, Williams doubted that Hollywood could capture the magnificence of the real-story behind the larger-than-life warlord, General Abdul Rashid Dostum. He feared that the Afghan story would be simplistically treated as most other war on terror stories in Hollywood—a story of binary warfare between “good Americans” and “bad Muslims.”

“With the notable exception of Lone Survivor, Hollywood movies dealing with warfare in the Islamic world completely dismiss the rich ethnic fabric of societies that America has been fighting in since 2001,” Williams said. “For movie producers, as for most Americans, it is us versus them.”

Knowing this paradigm, Williams was determined to help create a movie that was true to Afghanistan, his dear friends General Dostum and his son Batur Dostum, as well as his American friend legendary Green Beret Captain Mark Nutsch.

A journey to Hollywood

Williams’ journey to Hollywood and 12 Strong began during the “De Oppresso Liber” statue dedication that Williams attended in September 2016. Located at the foot of the towering new World Trade Center in Manhattan, the horse mounted Special Force statue immortalizes the Green Berets who responded in the weeks following 9/11, including Captain Mark Nutsch, who was the leader of the 12 soldiers who liberated Afghanistan from the Taliban.

While attending the dedication, Williams learned that legendary producer Jerry Bruckheimer was working on his latest movie, Horse Soldiers. It would tell the tale of the very Green Berets that the statue honored and Professor Williams had written about in his book.

Williams, an Afghan expert with extensive “boots on the ground” experience in Afghanistan, and Iranian actor Navid Negahban, who was playing the American ally General Dostum in Horse Soldiers, felt that General Dostum was being relegated to a background support role for the American Special Forces. To help correctly tell the story of the horse campaign of October-November 2001 led by a local Uzbek warlord Dostum, Williams worked with Navid to expand and enrich his role.

Brian Williams and Chris Hemsworth on the 12 Strong set.

The Last Warlord becomes a resource for 12 Strong

This joint mission involved getting copies of his book The Last Warlord to the director and script writers. Williams also communicated directly with General Dostum and arranged to have his actual quilted riding jacket, boots, whip, turban sent from Afghanistan to the movie set in the remote mountains of New Mexico as templates for the costumes in the movie. While on the set in the remote Afghan-esque mountains of New Mexico, Williams enjoyed seeing Chris Hemsworth lead horse charges alongside Navid’s Dostum, whose role as an equal to the American Special Forces was now being fleshed out on camera.

The 400-page deep dive history into a world Dr. Williams described as “the real Game of Thrones” turned out to be a resource that Bruckheimer and director Nicolai Fuglsig used to transform what was supposed to be primarily about American heroes into a more nuanced movie. The movie, which was renamed 12 Strong, now reflected the true nature and important role of America’s Uzbek-Mongol allies in the covert campaign.

Academics often spend most of the careers ensconced in the Ivory Tower and are disconnected from both distant war zones and mainstream popular realms like Hollywood. But William’s book found its way from the UMass Dartmouth campus to the movie sets of La-La Land.

“I never thought that my book would reach Hollywood of all places,” he said. “This mainstreaming of my work on ancient ethnic groups and modern warfare has, in a strange way, legitimized a lifetime of dedication to this fascinating land and her colorful people.”

On January 6, 2018, a small Warner Brothers screening studio in Manhattan held the prescreening for 12 Strong. As Williams entered the room to watch the cinema version of a story he had traced in the remote mountain battlefields of Afghanistan alongside Dostum’s warriors, he was filled with worry and concern for the portrayal of his Afghan friends, especially that of General Dostum, who is now Vice President of Afghanistan.

“When the movie was over, I walked in silence outside and called up my Uzbek friend Ambassador Ayoob Erfani and spoke to Dostum’s personal envoy in a somber voice, realizing he would convey the news to the man who was now Vice President of Afghanistan and to millions of Uzbeks who were nervously waiting to see how they and their baba (father) had been treated by the American movie,” Williams said. “I will always remember my first words to Ayoob: ‘My friend, all is well. Dostum, the Uzbeks, and all Afghans were treated with sharaf (honor).’”

Batur Dostum, son of General Dostum, attended the movie’s New York premiere at the Lincoln Center along with Professor Williams. It was the first time Batur would see the Hollywood portrayal of his father.

“My father and I love the Americans and appreciate all their sacrifices and bravery for fighting this very enemy, and for this I am grateful to the movie,” Batur Dostum said after seeing the movie. “It captures the Americans’ bravery and ours. We are on your side and Americans need to know this. We are your friends.”

Learn more about Batur Dostum’s reaction to 12 Strong and his father’s depiction in the movie on Tuesday, Jan. 30 at 7pm at the Stoico/FIRST FED Charitable Foundation Grand Reading Room in the Claire T. Carney Library. Batur Dostum—son of the Afghan warlord and current Afghan Vice President General Dostum— will join Professor Brian Glyn Williams of the History Department for a slide show presentation of General Dostum and Captain Nutsch that will bring to life the "The Real-Life Story Behind 12 STRONG.”

For an account of Dr. Williams’ journey from the Hindu Kush to Hollywood see his story here: http://historynewsnetwork.org/article/168036

I’m proud as a historian that I was able to engage with the talented producer, director, actors and infuse the movie with the land and people I am passionate about and brought to life in The Last Warlord.