La Toya Robertson shares her story about adversity and triumph on November 4.

Everyone has a story to tell, but few have a story as unique as La Toya René Robertson’s. She will share her story on November 4 at the TEDx New Bedford.

La Toya—who graduated in 2009 from Methodist University with a degree in Music and Business and is now pursuing a PhD in Educational Leadership—has overcome many obstacles in her pursuit of education, a sense of self-worth, and ultimate happiness.

Raised in a tumultuous household, La Toya had anything but a traditional upbringing. She often lacked guidance and structure. Her mother, who has bipolar disorder, had manic episodes that caused La Toya to be uprooted from the home on numerous occasions.

La Toya knows what it feels like to be a child of the “system,” having to live in many places but never really having a place to call home.

“My life taught me how to roll with the punches,” she said. “I’ve learned how to overcome adversity and obstacles.”

“Life might hit you, punch you in the chest. But it doesn’t have to take the wind out of you." 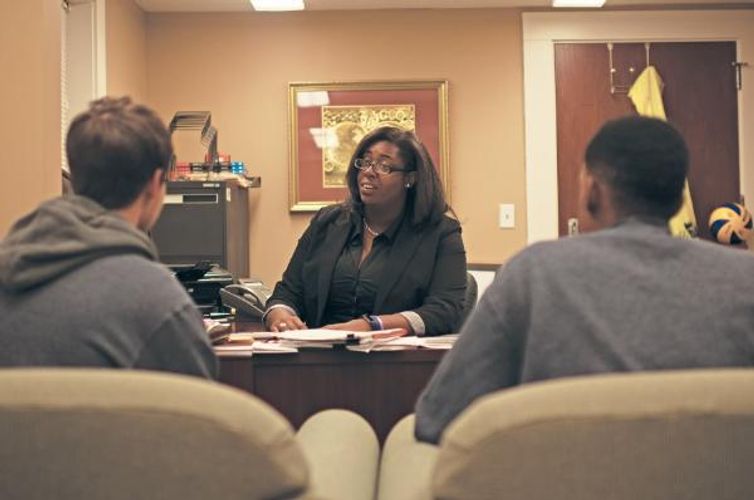 La Toya has managed to succeed time and time again, despite unfathomable challenges being bullied, growing abnormally tall at a young age, living a nomadic lifestyle, experiencing an unconventional family structure, having a mother with mental illness, and growing up around drug activity.

Yet she survived the struggles of being raised in an impoverished and drug-infested neighborhood to become an accredited television and music composer, songwriter, property owner, philanthropist, world traveler and, now a PhD candidate and soon-to-be published author.

In her TEDx talk, La Toya will recount her experiences with body image, struggles of self-worth, combating poverty, being a woman in male-dominated industries, pursuing goals, daring to stand out, overcoming adversity and ultimately finding happiness.

She hopes to be an example to others: proving it’s not how you start but your motivation to succeed.

“Life might hit you, punch you in the chest,” La Toya said. “But it doesn’t have to take the wind out of you.”

PreviousNext
Edit this content
College of Arts and Sciences, News and Public Information

“Life might hit you, punch you in the chest. But it doesn’t have to take the wind out of you."