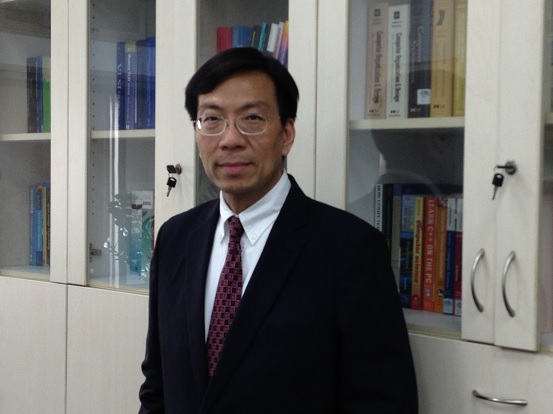 Dr. Lee received his B.S. degree in Electrical Engineering from the National Taiwan University and both his M.S. and Ph.D. degrees in Electrical Engineering from the University of Massachusetts Dartmouth.  Dr. Lee has held several technical and managerial positions in the industry including Systems Architect in former Philips Semiconductors, USA, DSP Architect in Micrel Semiconductors, USA, and Director of Quanta Research Institute, Taiwan before joining the faculty team of the Department of Electrical Engineering in National Cheng Kung University (NCKU) in Tainan, Taiwan where he established the Media SoC Laboratory.  He was also a visiting Professor at "Swiss Federal Institute of Technology" (EPFL), Switzerland during 2007.

Dr. Lee has authored more than 60 technical papers and is currently a member of the ISO/IEC MPEG standardization committee and was also the main editor for the Reconfigurable Video Coding (RVC) Ad Hoc Group.  He is currently the chair for the complexity analysis Ad Hoc Group 10 of ISO/IEC ITU JVT-3V in 3D Video Coding.  Dr. Lee also served as the associate Editor for both IEEE Transactions on Circuits and Systems for Video Technology and Journal of Signal Processing Systems.  Dr. Lee was also the Guest Editor for IEEE TCSVT's November, 2009 special issue on "Algorithm/Architecture Co-Exploration for Visual Computing on Emergent Platforms."  He is the Chair Elect of the technical committee for "Visual Signal Processing & Communications" and a member of "Multimedia Systems Applications" tracks for IEEE International Symposium on Circuits and Systmes (ISCAS).