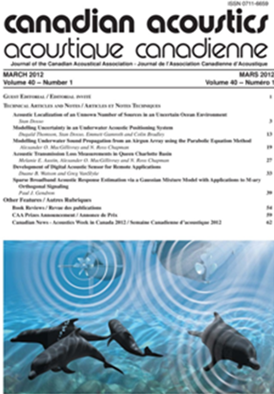 Paul J. Gendron joined the ECE Department at the University of Massachusetts Dartmouth from the Maritime Systems Division Space and Naval Warfare Systems Center San Diego CA where he developed various signal processing and analysis methods for undersea surveillance systems. Prior to this he was with the Acoustics Division Naval Research Laboratory from 2002- 2008. In 2006, he was awarded an ONR 321US international fellowship to serve as a visiting scientist at Defense Research Development Canada (DRDC-Atlantic) where he collaborated in the development of undersea surveillance systems.

Dr. Gendron earned the Ph.D. EE from WPI, Worcester MA, 1999, an MS EE from Virginia Tech, Blacksburg VA, 1993 and a BS EE from the University of Massachusetts, Amherst MA, 1985. In 2000, he was awarded an ONR321 Post-doctoral Fellow at the Naval Research Laboratory, Acoustics Division. He is the developer of novel adaptive filtering schemes for sparse doubly spread response functions as well as Doppler compensation algorithms for the equalization of broadband communication signals under platform motion. He has made contributions to a wide range of problems in statistical signal processing from seismic signal detection and magnetic anomaly detection to low probability of detection acoustic communications. He holds numerous patents in the field and is a co-developer of the New England Seismic Network’s first generation rapid seismic event detector/classifier.

His interests continue to span the broad areas of statistical signal processing and analysis methods. His most recent grant is from the Office of Naval Research ONR321MS, for $200k to investigate detection performance and tracking accuracy from distributed sensor systems employed for underwater surveillance.