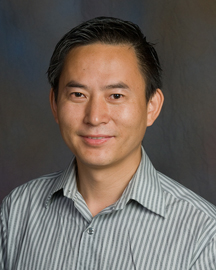 The primary objective of this proposed research is to explore whether a dedicated compact device with wearable biosensors along with wireless networks can be built for the detection and anticipation of life threatening events in infants in both Neonatal Intensive Care Units (NICU) and home environments. The proposed approaches in the project can eventually lead to a medical device for the remote detection of life threatening events in infants and also provide guidelines for the design of wearable wireless biosensor systems for healthcare monitoring applications in general.