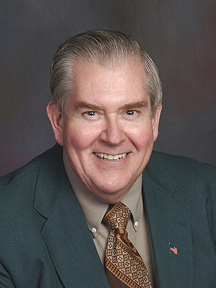 His teaching experience includes courses in Circuits, Electronics, Electromechanical Energy Conversion, and Power Electronics, and he has been active in developing course materials for the IMPULSE Program. He has also served as a faculty advisor to several Senior Design Projects.

He has extensive experience in the area of marine electronics, including navigation, communication, sonar, vessel control, and radar systems, and is a Registered Professional Engineer.

Prof. Helgeland is a member of IEEE, ASEE, and NSPE.