Cassandra Lemay is a commercial print designer based in Fall River, Massachusetts. From an early age, she spent most of her time writing stories and creating comics. After enrolling at Diman Regional Vocational Technical High School’s Graphic Communications program, she discovered a love for brand and packaging design. In addition to studying within the field, she worked on the yearbook design team and the revitalization program for the school newspaper, The Tradesman. Post-graduation, she took a full-time job working at Fall River Modern Printing Company as a layout artist, where she is still employed as of present. Cassandra still enjoys creating topical comics and illustrations in her spare time, most of which can be described as cynical and dry. After completing her BFA in Graphic Design at UMass Dartmouth, she would like to work for an in-house print shop managing brand materials. 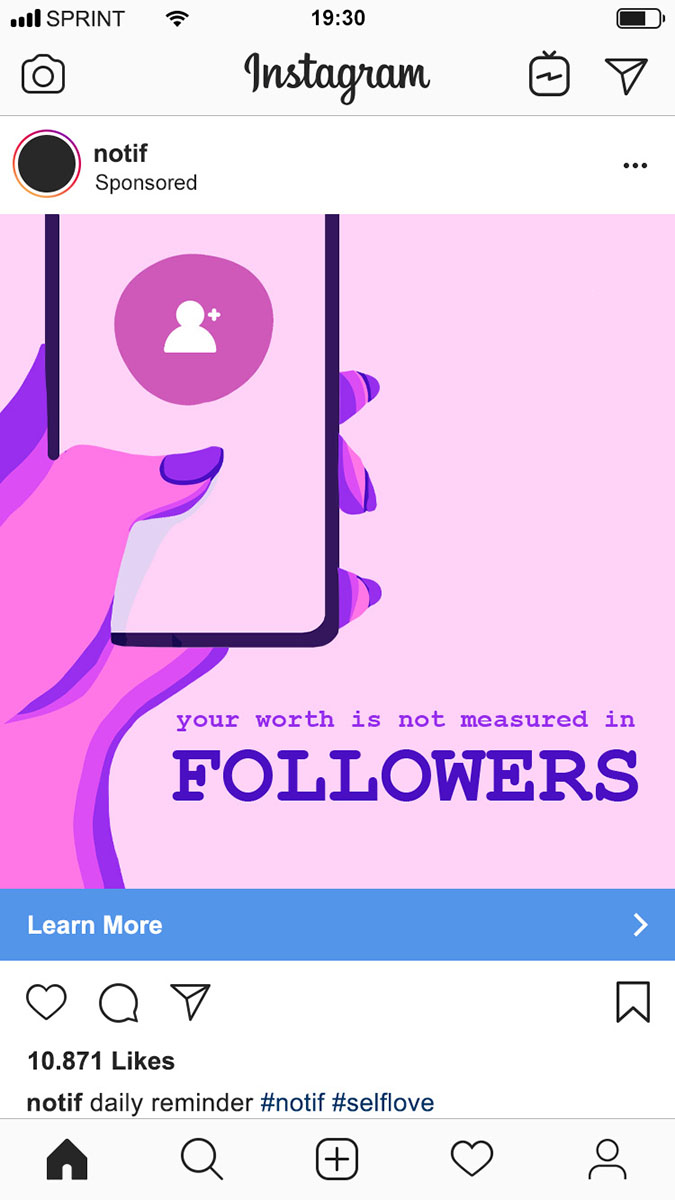 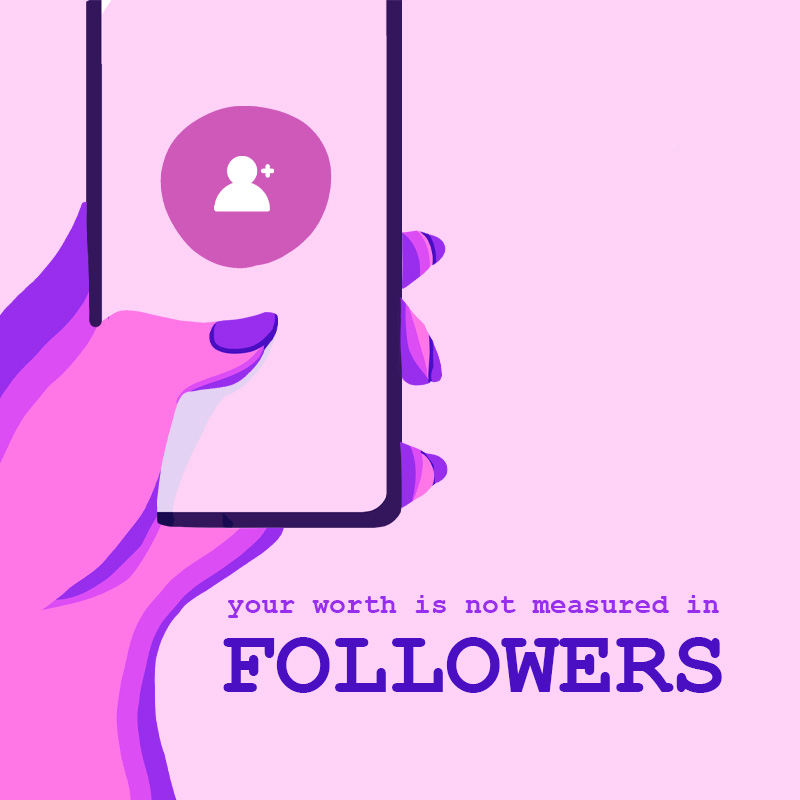 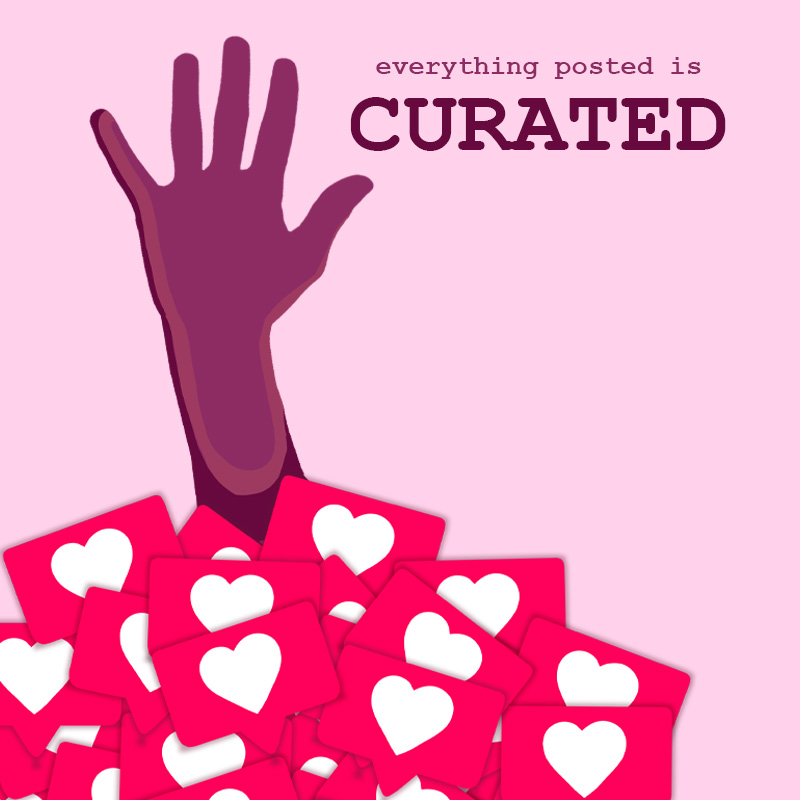 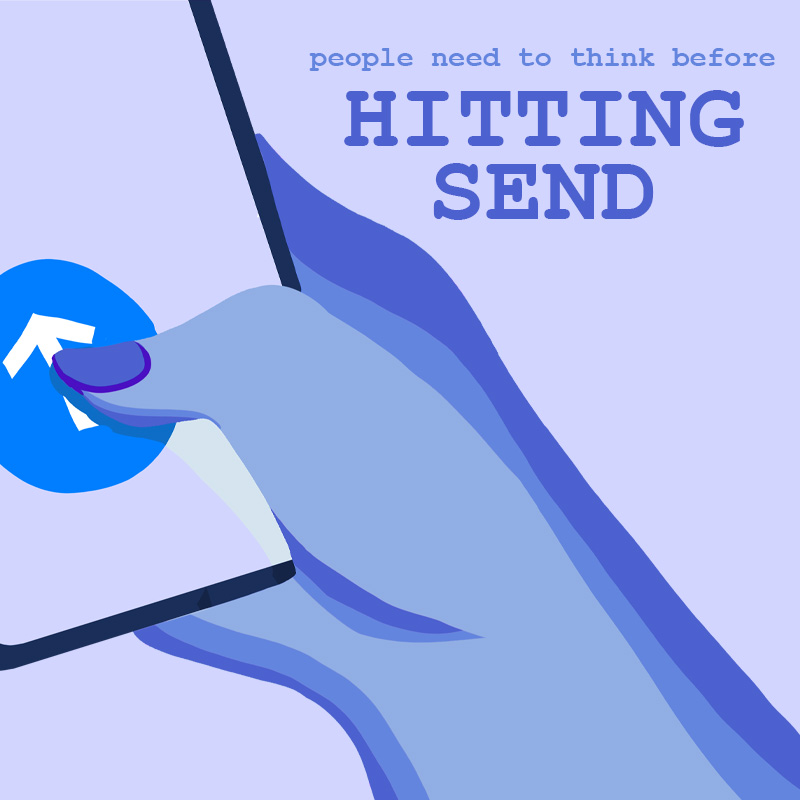 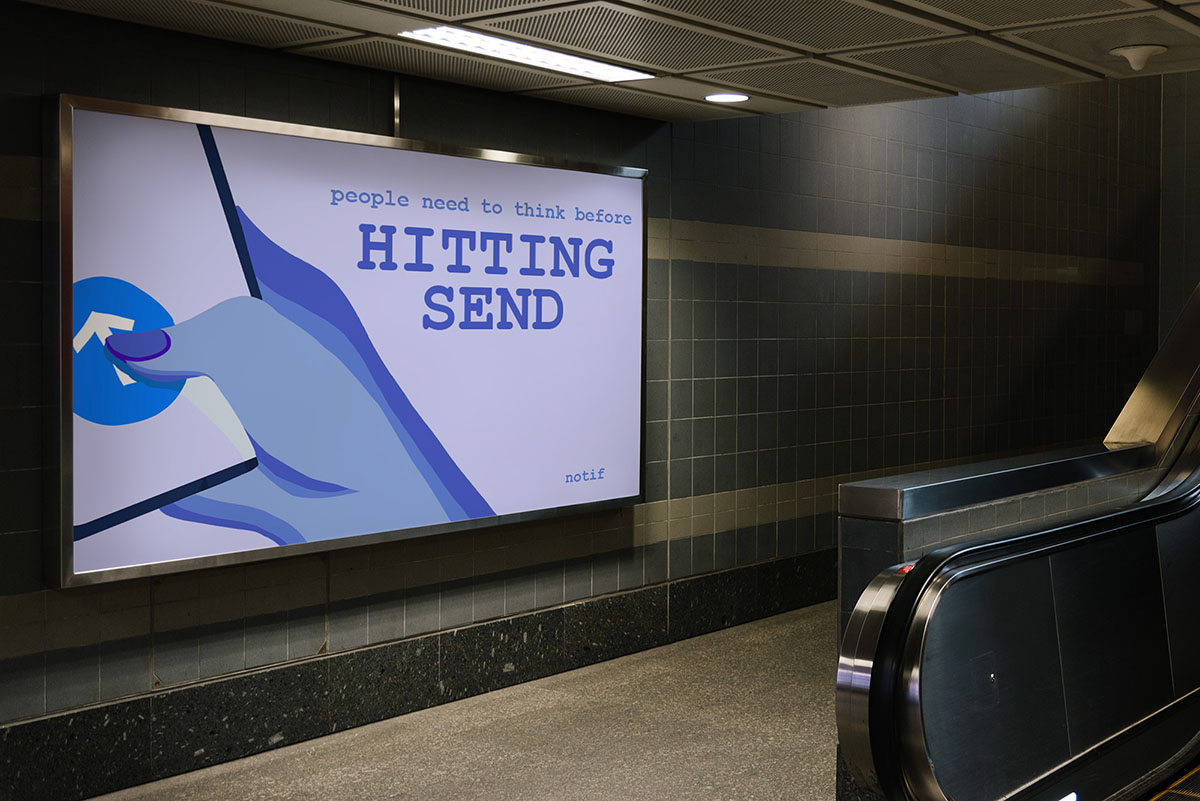 The internet is at the forefront of our lives more than ever now. With the advent of the smartphone, being connected is inescapable, and truthfully a necessity for everyday life. It does sound incredibly positive in theory – being able to check on your friends and see what everyone is doing must be good for us. We’re more connected than ever before, shouldn’t our collective self worth be at an all time high? Upon beginning this project, I initially wanted to look at how the algorithm for certain apps, mainly Instagram, could be used to catapult certain people to internet stardom based solely on analytics. When the governor mandated the statewide shutdown, I had to try to look at the project from a different angle, and I decided to look at arguments for and against anonymity online. Through my research, I found that many young adults and teens are experiencing both anxiety and depression at high rates and younger ages than previously recorded. The study I mainly cited (conducted by the NHS and the UK’s Royal Society for Public Health) argued that due to the unrealistic standards of posted content, Instagram ranks the highest in contributing to rising cases of depression and anxiety. Most of the articles researched contained a term “FOMO”, which stands for “fear of missing out” as the cause for concern. This problem is rooted in the fact that we only post our best moments and most flattering pictures, so to someone who lives a different, albeit still exciting life, feels like that are falling behind in one regard or another. Whether it be personal achievements or fun events, you can never help but feel like you’re the last one to do anything. Tackling this, I wanted to comprise graphics that would be viewed in-line with Instagram’s post feed through advertising. Settling on a name, I called this project “Notif”, as it short for notifications, which in this case are reminders within the endless scrolling. These are small, single frame images that are reminiscent of the advertisements for the “Foundation for a Better Life” PSAs that aired on American television during the late 1990s and early 2000s. I also wanted to take care as to not perpetuate the narrative of “if you got offline, you wouldn’t have these problems”. Technology is continuing to creep up more and more in our personal lives, so shaming others for embracing it will only further isolate those affected. I wanted to use simple language and a clear message of “everyone lies online to some degree, and sometimes, it hurts others” to keep both those affected and those who may not notice they are contributing to the problem aware that no two people are the same and perfection is unattainable. I plan to use these on my own Instagram account to further get behind this message.

Prepare for a career in graphic design by learning how to communicate visually.

You’ll develop your talents and skills to achieve a high level of professional ability, while pursuing your own creative goals. The BFA in Art + Design: Graphic Design will prepare you for the many career opportunities available in contemporary design practice.

The BFA is a professional degree with concentrated areas of specialization, so you will take more art and design courses than you would in a BA program. At UMass Dartmouth, you also have the advantages of a university education where you can diversify your studies and expand your career opportunities by exploring fields such as business, sustainability, writing/communication, computer science, and many more.