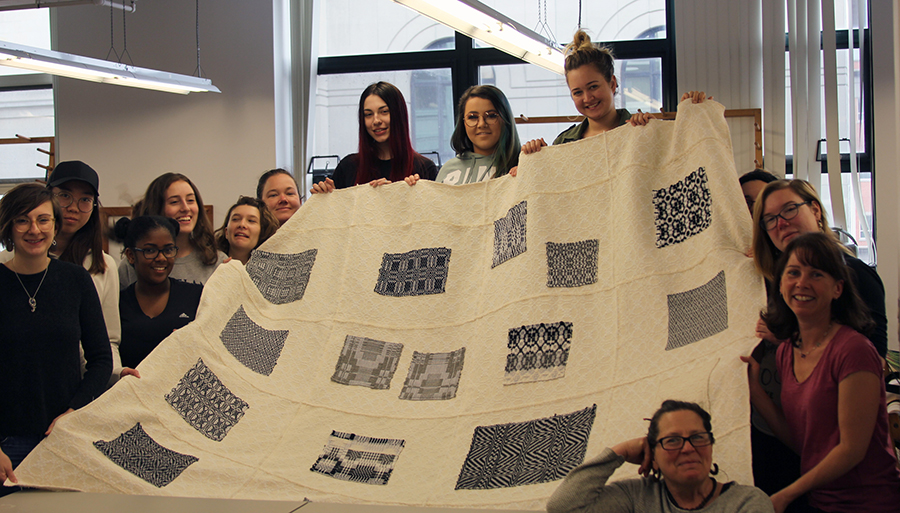 The poetic names of coverlet patterns vary from region to region. All the patterns presented on this friendship style coverlet are vernacular to New England. Recorded, written, and or designed by William Henry Harrison Rose (mid 1800s) or Bertha G. Hayes (mid 1900s) these designs represent our early American heritage.

These undergraduates have embraced a shared history and to understand the unique architecture and aesthetics of building cloth and connecting to community.