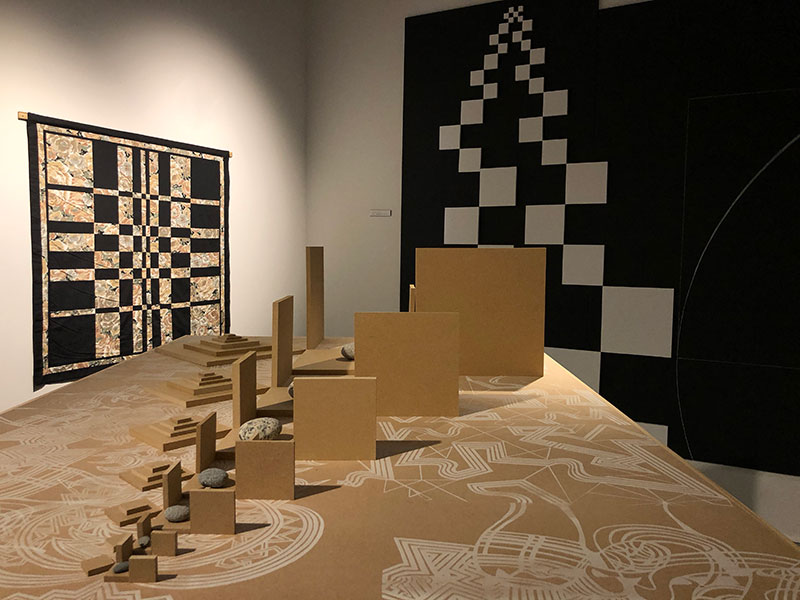 Installation Usumacinta by Bruce Bailey with soundscape by Boston composer Christopher Bailey (son of the artist) will be on display at Gallery 244, UMass Dartmouth CVPA Star Store Campus, 715 Purchase St. in New Bedford MA 02740 from November 18 thru November 29, 2019. A reception will be held Friday November 22, 2019 from 5 to 7 PM.

This work is a play on the mathematical Fibonacci Series, and the Golden Ratio, first documented in ancient Greece. The installation was inspired by a fabric wall hanging made by Elizabeth Bailey, (mother of the artist) in 1992. The Golden Ratio is part of a system of proportions that was independently invented and used by the Maya of central America more than 2000 years ago, and still in use today in traditional houses. Usumacinta is the name of a major river in the heart of the ancient Mayan city state region. The artist’s brother, Douglas Bailey, travelled on this river in 1962 and returned with images that had a profound influence on the artist. This installation is an evocation of Mayan art and architecture. 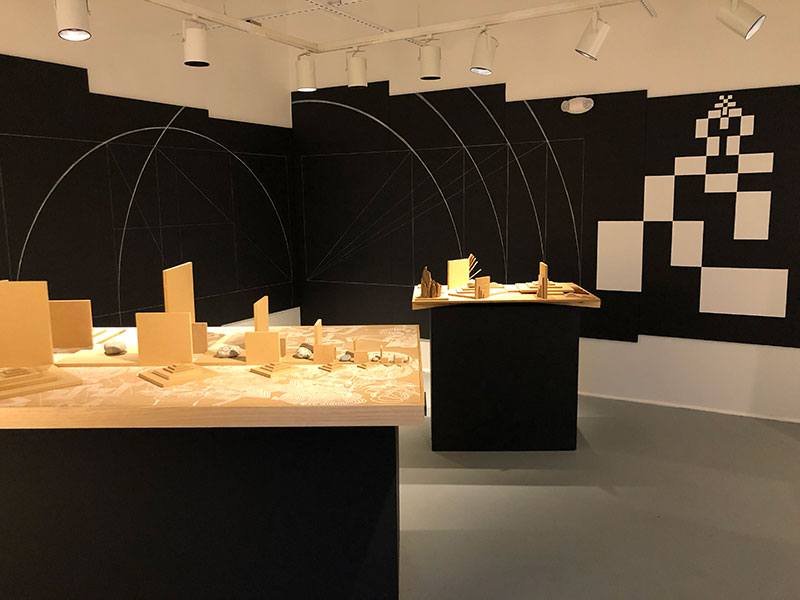 The installation, in part, reflects the research of Dr. Christopher Powell in his 2010 dissertation, The Shapes of Sacred Space on the geometry of Mayan art and architecture.

This work would not have been possible without the mentorship and support of Professor Eric Lintala. 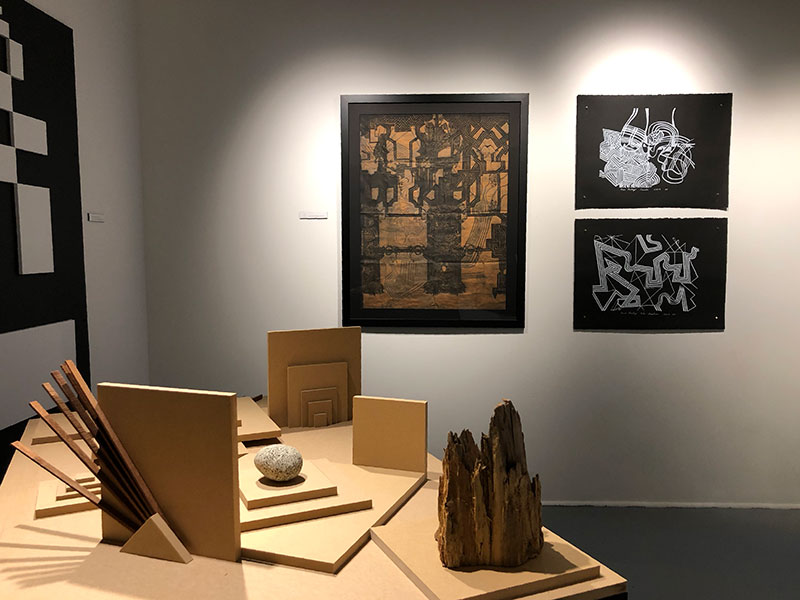 Bruce Bailey is a retired software engineer who has had the good fortune to return to his original vocation in the arts. He is a continuing student at UMass Dartmouth and resides in area. He is found at brucce.com.

Christopher Bailey is a composer residing in Boston. He turned to music composition in his late 'teens, and to electroacoustic composition during his studies at the Eastman School of Music, and later at Columbia University. His music explores a variety of musical threads, including microtonality, acousmatic and concrete sounds & sound art, serialist junk sculpture, ornate musical details laid out in flat forms, and constrained improvisation. He is found at christopherbaileymusic.com

Elizabeth Bailey (1919 – 2013, mother of the artist) was a quiltmaker residing near Philadelphia, PA, with a BA in Art History from the University of Pennsylvania. From 1974 to 1976 she was the Registrar of the Collection at the Pennsylvania Academy of the Fine Arts. 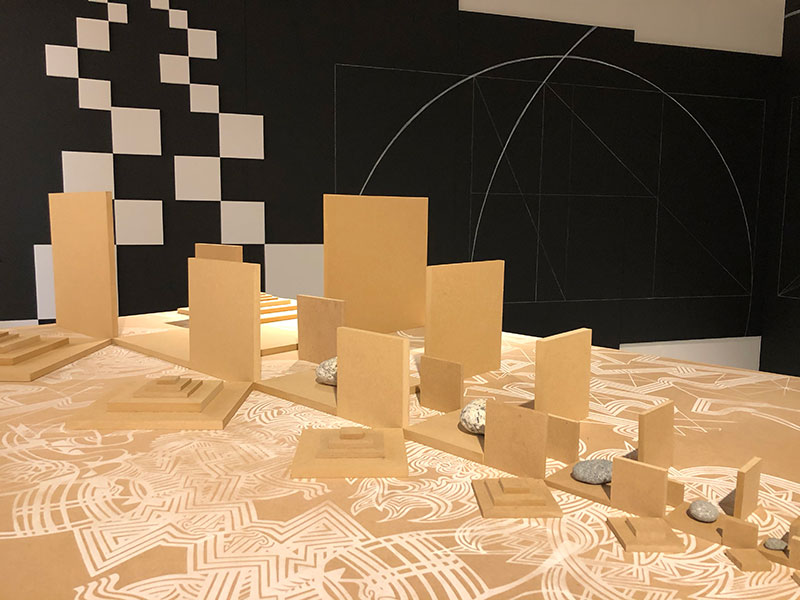