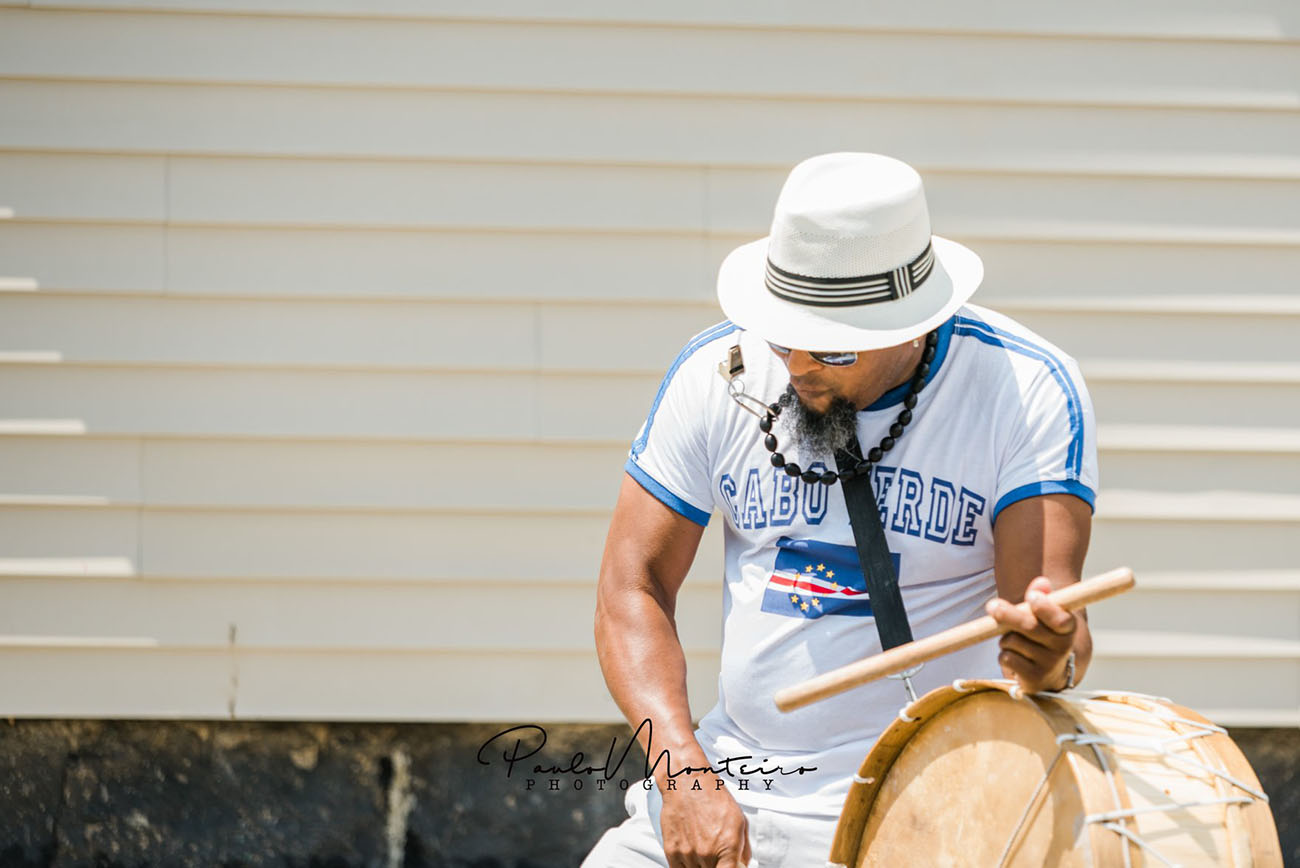 On Thursday, March 25 from 6 to 8PM, tune in for more World Music on the CVPA Star Series Stage!  Tó Cruz & The Crew, lead by vocalist Tó Cruz on guitar, with Zezinho on percussion and Marlin on keys, is a music group with roots in Cape Verde. They will play a mix of original and traditional tunes from their motherland, accompanied by a traditional Carnival dancer.

The CVPA Star Series, co-curated and co-produced by Don Burton Media and Beatriz & Company, takes place on stage inside the Swain Studio at the CVPA Star Store Campus on the corner of Purchase and Union Streets in Downtown New Bedford. Audiences are invited to watch safely from outside the large street-level windows or tune in from home via live stream on www.facebook.com/umassdcvpa/live

Growing up in Cape Verde Tó Cruz was exposed to the arts at a young age. In a household where being creative wasn’t so much encouraged, Tó was determined to find any way to be involved musically. Whether through the theatre or figuring out how to play an instrument, Tó was destined to create music with lots of range.

At the age of 21, in the 1980’s, Tó embarked to the United States of America. Quickly adjusting to the American lifestyle, Tó was able to buy his first house just 5 years later in Providence, Rhode Island. With the same hustle and drive, he began to chase his music dream with a friend and started a group called Tugueda.

As the lead singer/producer of Tugueda, Tó and the band began to find success back in their homeland, Cape Verde Islands. Gaining in popularity with their debut album “Carnaval”, they were receiving interest to be booked all around the island. One of the songs from the album was even selected as the main record for a Presidential campaign and is still being played to this day. Realizing all this success, Tó knew he had to keep building his music legacy. The Tugueda band members eventually parted ways, but Tó still continues to follow his passion for music playing with various groups.

Tó is known as ‘the funny guy’ and the life of the party when out with family and friends, but is also very serious and passionate about his craft. Tó is actively involved in the Cape Verdean Community and travels back to his country often. In 2020, he was one of the ‘Kings of Carnaval’, a prestigious honor on the island of São Vicente, Cape Verde.