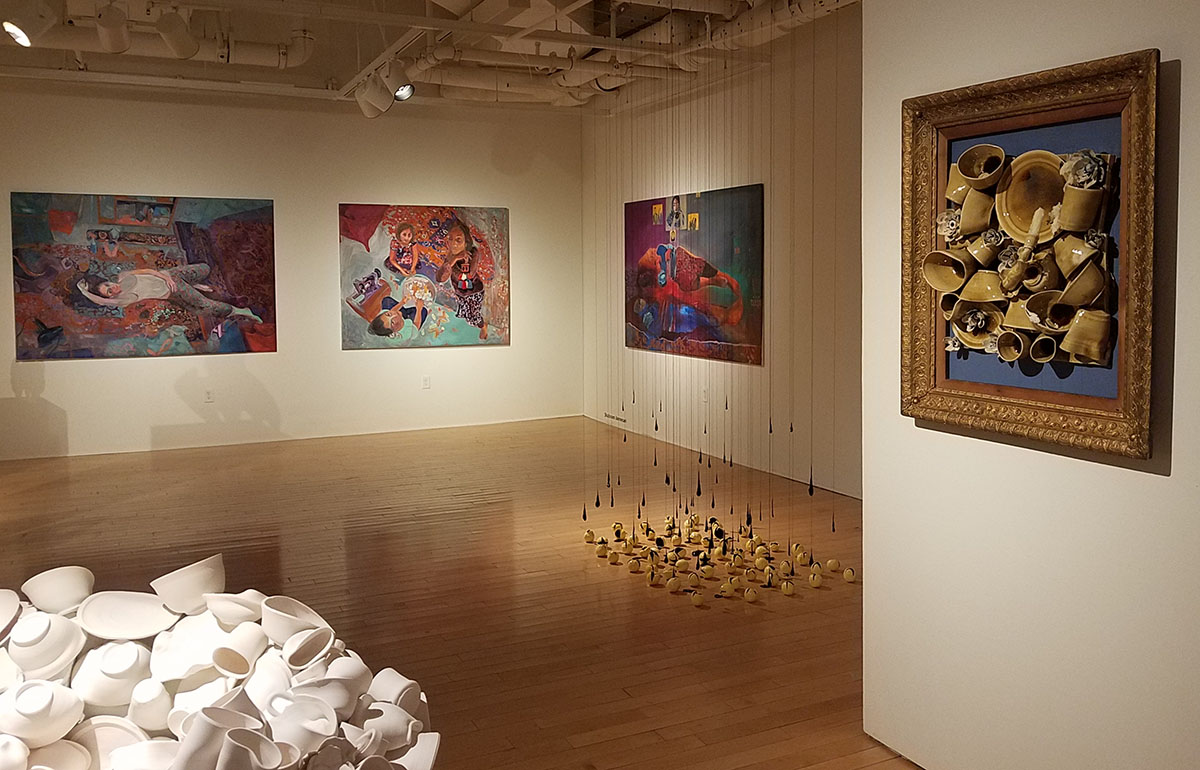 On AHA! Night, Thursday, April 8 from 6 to 8 pm, the CVPA Star Series continues its visual arts programming with an event featuring graduate students from UMass Dartmouth 2021 MFA Thesis Exhibition. Ryan Cooley (Jewelry/Metals), Danielle O'Malley (Ceramics), Taylor Hickey (Printmaking), Madison Moreno (Ceramics), and Emma Young (Visual Design) will share the stories behind their artworks and help us to understand how much thought and history is behind each piece. Visitors are invited to come to see the exhibition through May 7 by reserving a timed ticket through the link on our website, www.umassd.edu/cvpa/galleries.

The second hour will be dedicated to live music by Singer/Songwriter Evan Goodrow.

The CVPA Star Series takes place every Thursday through April, from 6:00 to 8:00 pm on stage inside the Swain Studio at the CVPA Star Store Campus on the corner of Purchase and Union Streets in Downtown New Bedford. Audiences are invited to watch dynamic live performances and video projections safely from outside the large street-level windows or tune in from home via live stream on facebook.com/umassdcvpa/live.

The CVPA Star Series runs every Thursday through the end of April. The Series is co-curated and co-produced in collaboration with Don Burton Media and Beatriz & Company with support from UMass Dartmouth and the City of New Bedford’s #NBfestive Winter Places project. In-kind support is provided by Chase Canopy and Lightworks Productions Inc. 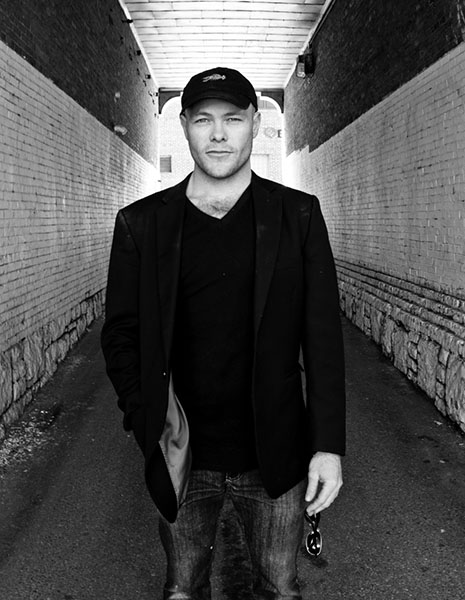 Evan Goodrow is an American singer-songwriter-guitarist and has written and produced 14 recordings of original soul, funk, blues and rock music. He’s won the Boston Blues Award, played concerts for Marines on Nato bases in Europe and even jammed with Jimmy Buffet multiple occasions in the Caribbean, played multiple shows with B.B. King and even sang for the Yardbirds (technically making him the youngest Yardbird, ever).

Born in Ohio and raised north of Boston, he got his start playing jazz guitar and singing acoustic folk in coffee houses in the early 2000’s but quickly grabbed a funk rhythm section and a saxophone player and began touring around New England playing blues and jam venues and festivals. His single “Let Me” (from 2010’s “Say It”) was on Amazon’s most downloaded “independent” singles. In 2008 he was chosen to bring a band to Europe to play at NATO bases for military troops in the Middle East conflict and was an official representative for “Support Us” an independent long distance United States Military Voting initiative. He also headlined Deval Patrick's inauguration concert in Boston that same year.