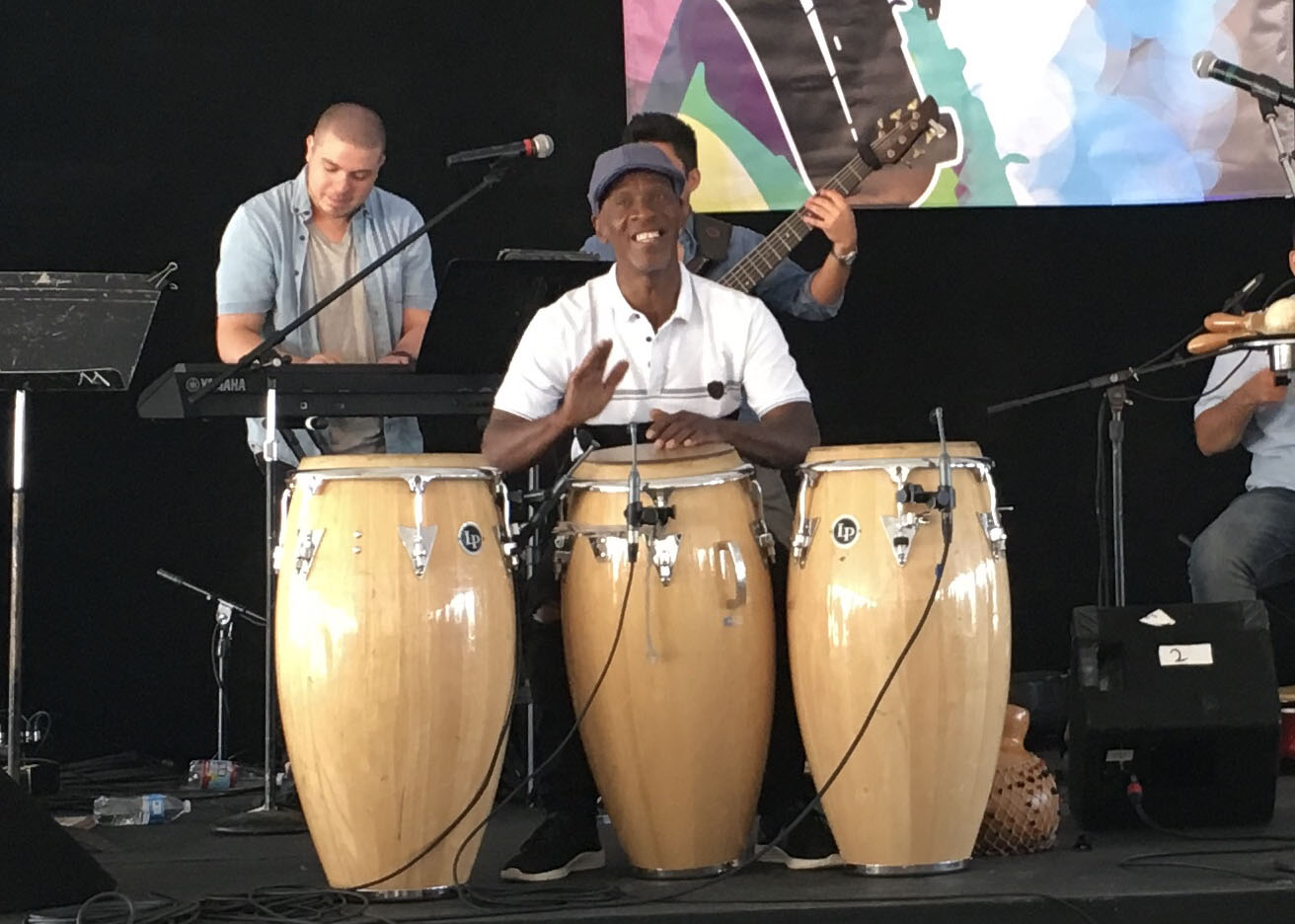 Audiences are invited to watch the live performances safely from outside the large street-level windows, on the corner of Purchase and Union Streets in Downtown New Bedford. The Purchase Street block in front of the Campus will be closed to traffic for pedestrian safety and enjoyment. Can’t make it in person? Tune in from home via live stream on facebook.com/umassdcvpa/live.

In addition to our Swain Studio programming, we will have a series of arts activities and an art swap on the block of Purchase Street directly in front of the Star Store. Activities include a throw-a-thon by members of the The Clay Club (Jordan Blankenship, Danielle O’Malley and Madison Moreno), a demonstration by Artist in Residence Tracey Cockrell, dance performances by 3rd EyE Youth Empowerment, printmaking by Andrew Laverty, participatory art with the Art Mobile from New Bedford Art Museum/Artworks and projections onto the Union Square office building by UMass Dartmouth students.

For the Art Swap, the public is encouraged to bring a piece of original artwork, small enough to carry, and choose a piece of artwork to take home. The Art Swap is open to all members of the greater New Bedford and UMass Dartmouth communities. Not an artist? Bring an original piece from your collection or simply make a donation of $10 or more and take a work home. All donations will support the Marc St. Pierre Memorial Scholarship. Marc was a beloved member of the art faculty at the Swain School of Design in New Bedford from 1979-1988 and then in the College of Visual and Performing Arts at UMass Dartmouth until he retired in 2017. His untimely death in December 2019 left a huge hole in the arts community on the South Coast, and he is still very much missed.

The CVPA Star Series began the first Thursday in February and was presented each Thursday since on stage inside the Swain Studio at the CVPA Star Store Campus. The Series was co-curated and co-produced in collaboration with Don Burton Media and Beatriz & Company with support from UMass Dartmouth and the City of New Bedford’s #NBfestive Winter Places project. In-kind support has been provided by Chase Canopy and Lightworks Productions Inc.

Jesús Andujar and his band Grupo Sazon, based in Rhode Island, specialize in Latin Jazz, a blend of jazz and Latin American rhythms. Andujar is a Master Percussionist and Educator who takes pride in imparting his wisdom on the intricacies of the Latin groove.

Andujar specializes in Afro-Percussion music, such as Rumba, Son, Mambo, Salsa, Latin Jazz, Bachata, Cha Cha and Merengue. He was born and raised in the Dominican Republic, where he developed his timing, rhythm, tempo and ear for music while working on the farms as a young man. Andujar credits these experiences as a young man for developing his extraordinary talent for percussionist.

Andujar later immigrated to the US and studied at the New York Collective Drumming School in New York City with the likes of Mike Clark, Bobby Sanabria and Ricky Sebastian. For a time, he also lived in Puerto Rico, where he played with well-known Island groups like Grupo Wao, Bonny Cepeda, and many others.

Taylor Hickey is a printmaker, bookmaker, and sculptor working out of New Bedford, Massachusetts. Born and raised in Southeast Texas, Taylor earned her BA in Visual Arts from McNeese State University in Lake Charles, Louisiana. Her work has been exhibited in galleries across the country and she has participated in print exchanges both locally and internationally. She is currently an MFA candidate in Printmaking at UMass Dartmouth, developing a body of work which acknowledges and pays homage to the human endeavor to understand the universe at large.

Rosalia Amato Bauer is a student in Integrated Visual Arts with a minor in Art History. Her practice integrates fiber, jewelry, and sculpture materials and techniques to explore themes of girlhood, disability, and the production of historical knowledge.