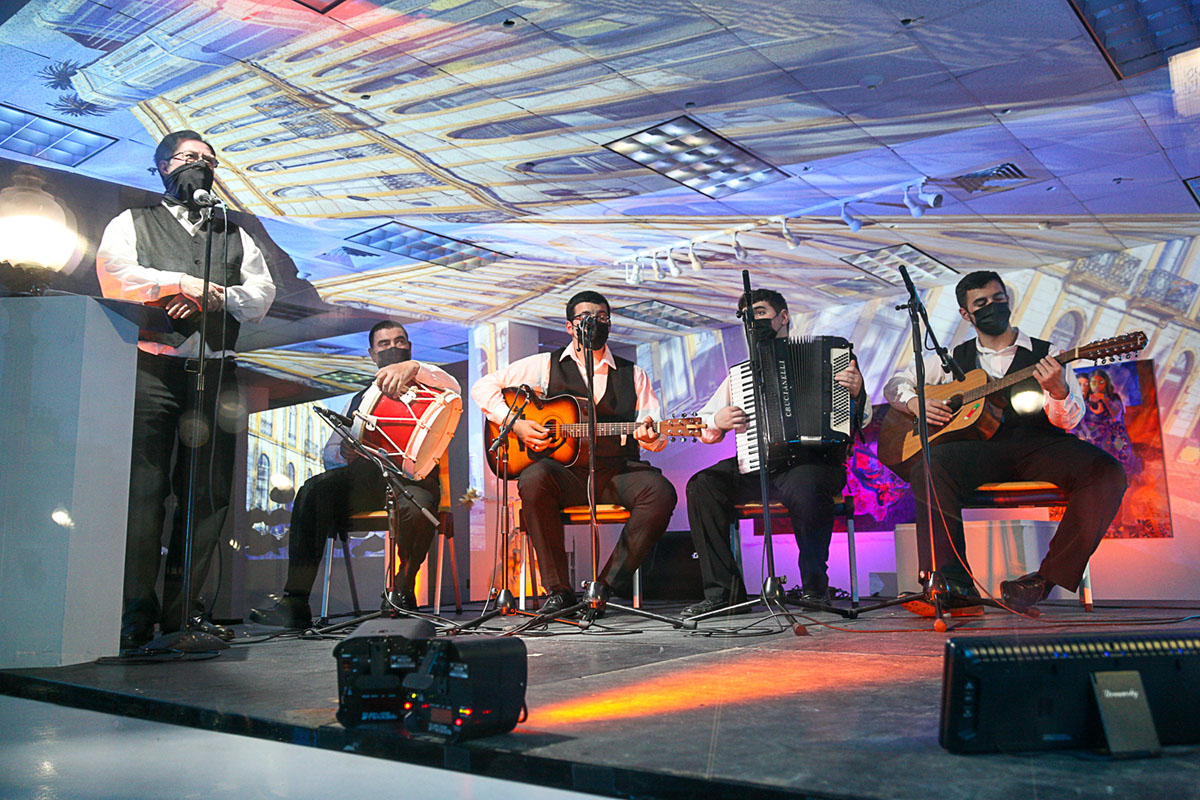 This Thursday, April 15, for the eleventh edition of the CVPA Star Series, the UMass Dartmouth Department of Music will present an Evening of Azorean Folk Music, a LusoFest 2021 Event. Musicians to be featured are José Tavares Jr. (accordion), Carlos Tavares (guitar), Ethan DaSilva (guitar), José Tavares Sr. (percussion), and Carlos DeMedeiros (vocals), Members of the Sociedade Cultural Açoriana of Fall River, Massachusetts. This evening's program is made possible with support from the Fitzpatrick Luso Foundation.

The CVPA Star Series takes place every Thursday through April 29, from 6:00 to 8:00 pm on stage inside the Swain Studio at the CVPA Star Store Campus on the corner of Purchase and Union Streets in Downtown New Bedford. Audiences are invited to watch the live performances safely from outside the large street-level windows or tune in from home via live stream on facebook.com/umassdcvpa/live.

The CVPA Star Series is co-curated and co-produced in collaboration with Don Burton Media and Beatriz & Company with support from UMass Dartmouth and the City of New Bedford’s #NBfestive Winter Places project. In-kind support is provided by Chase Canopy and Lightworks Productions Inc.