Gallery Hours: Daily 9 am – 6 pm
Free and open to the public

University of Massachusetts Dartmouth is delighted to host a career survey of the work of renowned U.S. artist Amanda Means at the University Art Gallery in Star Store Campus, Downtown New Bedford.

For over forty years, Amanda Means has created a body of work that has pushed the boundaries of the photographic medium with her celebrated Leaf, Flower, Water Glass, and Light Bulb series of images. Means has been a darkroom innovator throughout her career: adapting a 19th century camera for use as an enlarger, photographing objects without the use of negatives, working with a large-format Polaroid camera, and creating a series of remarkable abstracts working only with light and photographic materials. The artist's darkroom alchemy was cited by the Guggenheim Foundation in awarding Means their prestigious Fellowship in 2017 for her contribution to contemporary photography.

Our survey exhibition, Means' first retrospective, will include examples of work from all phases of her career. Alongside key pieces from her color Polaroid Light Bulb and silver gelatin Water Glass works, we are excited to be showing some of the artist's early prints and works on paper, as well as important examples of her black and white Flower and Light Bulb works. This affords a unique opportunity to view Means' most celebrated images in the broader context of her overall practice. 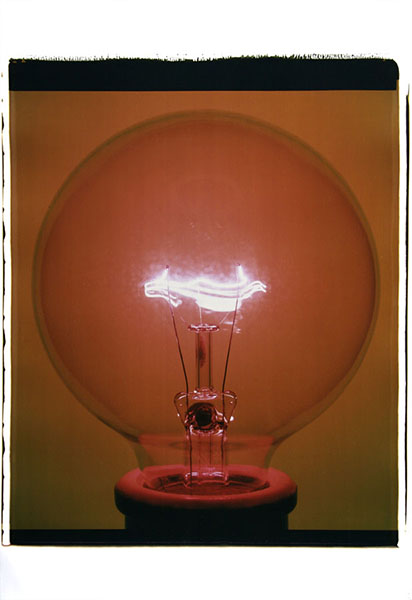 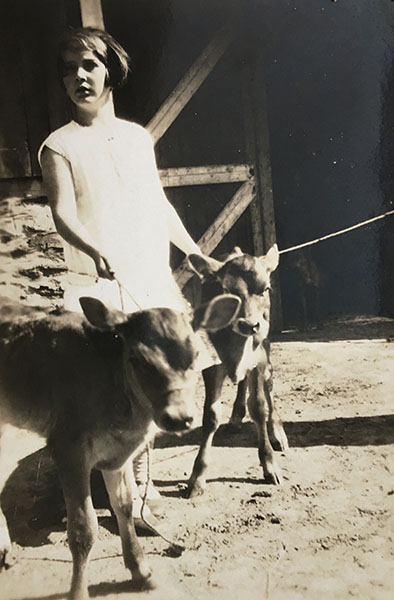 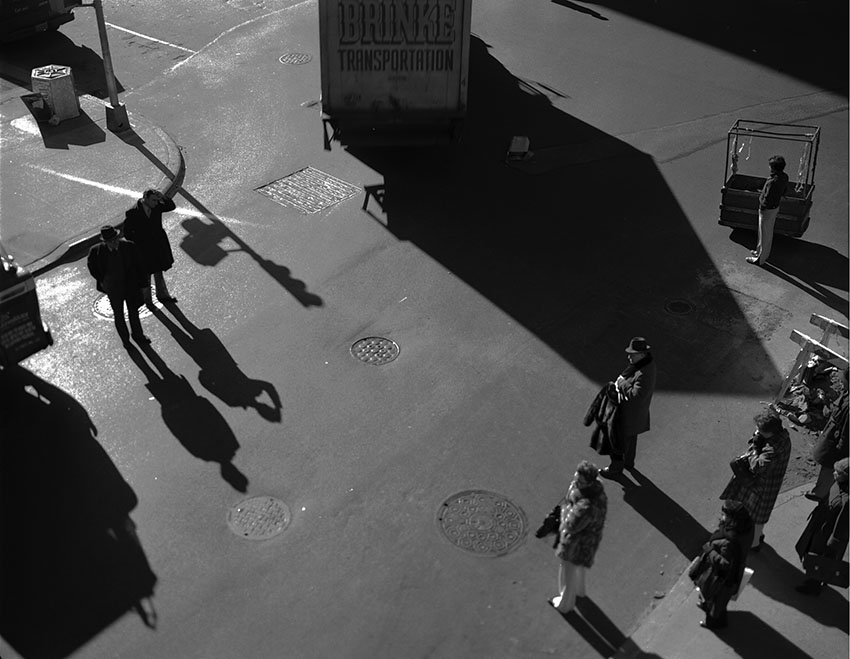 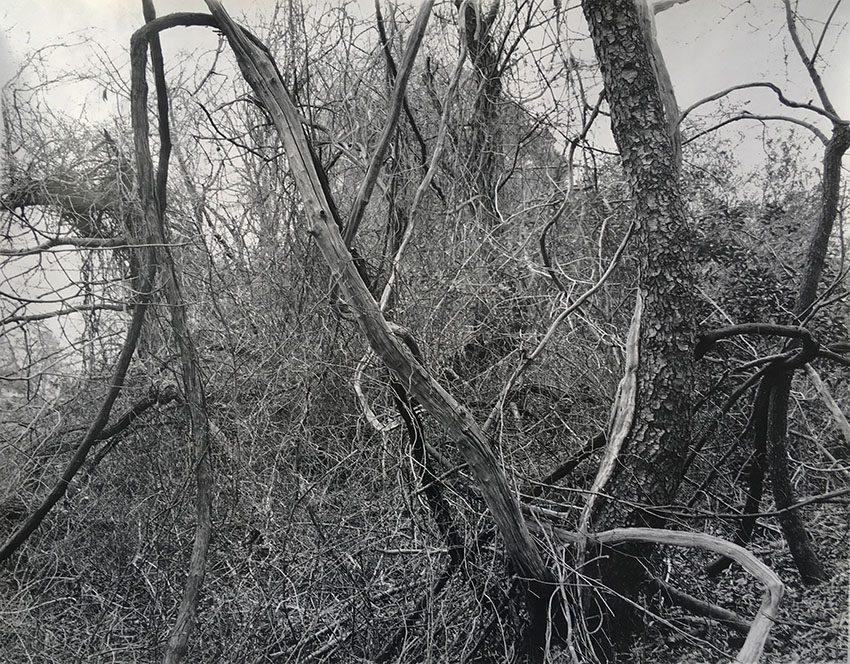 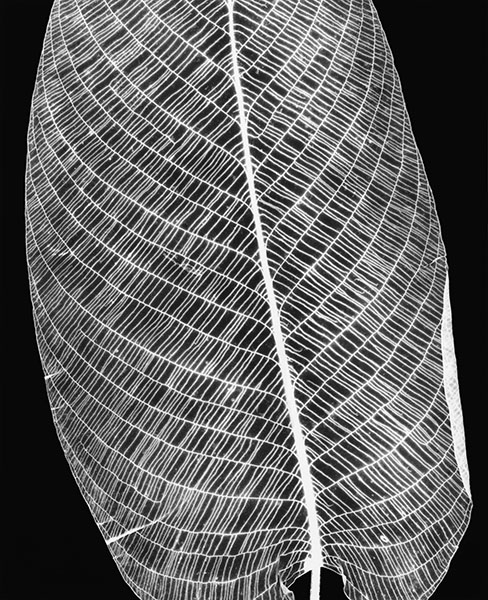 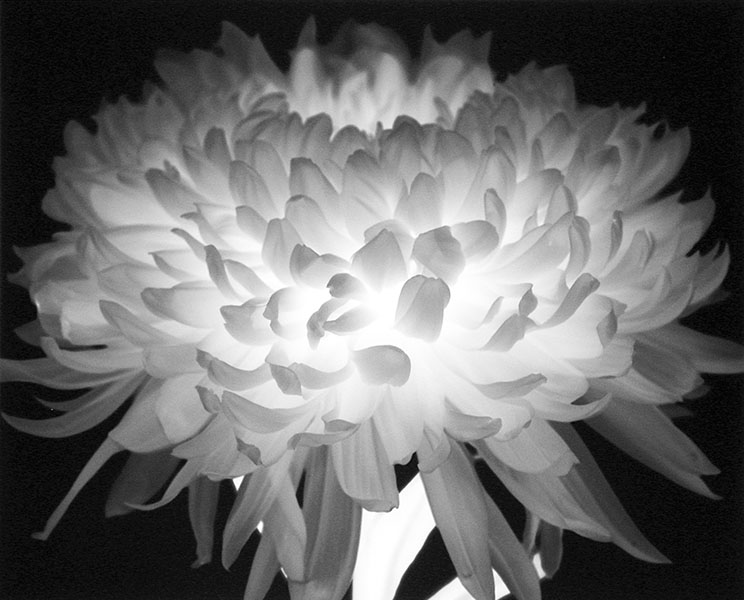 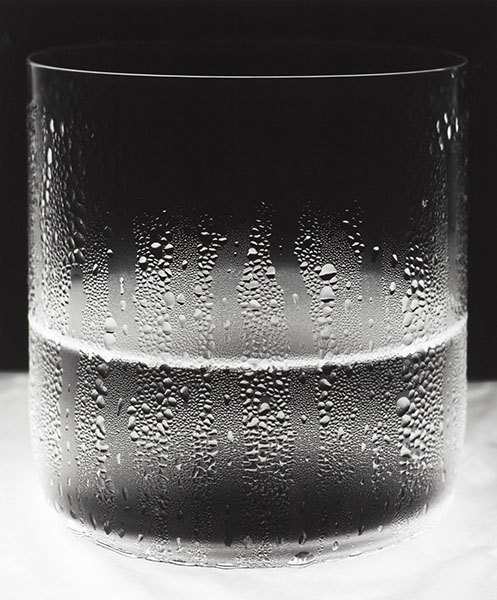 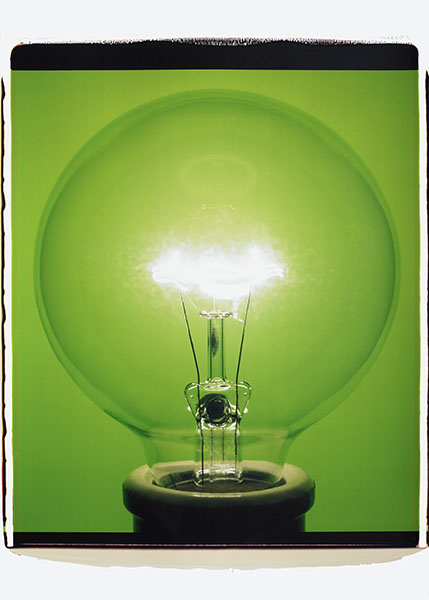 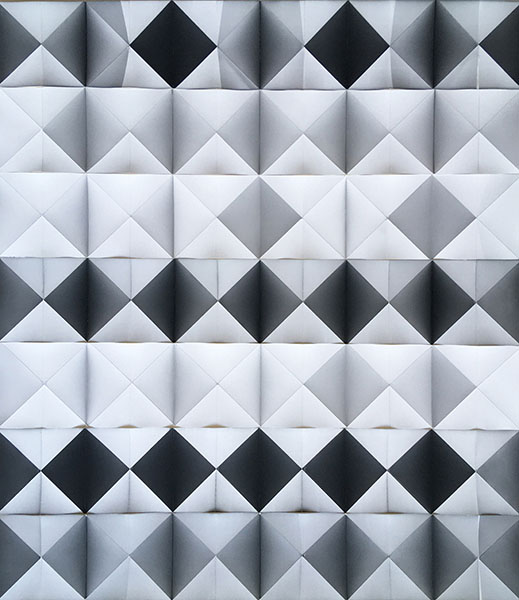 In a telling entry-point to the exhibition, Means has chosen to present a selection of photographs taken by her mother, Laura Smith, as a child in the 1920s and 30s. These scenes of rural upstate New York life act as a tribute to the woman who first introduced the artist to photography, while also underscoring the importance of that small-farming background to the formation of Means' own artistic sensibility. Growing up, the artist was infused with a love of nature around the family's apple orchards and Holstein dairy farm—and the changing light of the days and seasons has remained a formative touchstone for her art practice.

Exhibited here for the first time, the artist's early 29th Street images of the street intersection below her first New York studio window already presage the bold photographic directness that will come to characterize her work. The street's angled viewpoint, in images such as 29th Street, No. 7, 1977, tilts the image's subject matter toward the viewer as if seeking to confront us with something physical, something actual. We can see this shift away from photography as window-onto-the-world develop further in the series of Woods photographs produced in 1979, their Pollock-like tangle of lines, and push and pull of depth and surface having been flagged by the artist's Brush Drawings in tempera on newsprint from the previous year.

Means' true breakthrough came in the darkroom, however, with her prints of leaves begun in the early 1990s. Works such as Silver Nerve Plant, 1990, and Prayer Plant, 1992 were created by inserting single leaves into a photographic enlarger and printing directly onto paper at multiple scales of enlargement to their source objects. The works recall photographic pioneers such as Henry Fox Talbot and Anna Atkins, while striking a tone of singular minimalist directness that has become a trademark of the artist's work. Closely cropped and highly detailed, the prints invoke a sense of wonder, the light of the enlarger highlighting the leaves' stems and veins to create what Mark Feeney, writing in the Boston Globe, describes as "brooding, imperial forms".

Later in the decade, Means made her next breakthrough with the conversion of a 19th century camera into a darkroom enlarger. This allowed the artist to create a foot-square lightproof chamber in which she was able to place three dimensional objects, beginning with the series of whole flower head pieces, such as Flower (Number 86), 1997, and Hyacinth 2, 1998 exhibited at the University Art Gallery. The artist had found her photographic métier, from which her Water Glass and Light Bulb images flowed. Means' Water Glasses are presented face-on, filling the frame of the print in a way that foregrounds immediacy. The exposure is created by the enlarger light passing through the glass, ice, and water—exploiting the object's natural translucency to create intensely radiant reversed black and white imagery. These marvels of the everyday are again printed at scales of enlargement that allow us to become immersed in every facet of glass and drip of condensation.

Her developing focus on luminosity and inner radiance made it an intuitively brilliant next step for Means to turn her attention toward the light bulb (the "flower of the city" as the artist has called it). Initially working in black and white—represented here by the monumental grid of twelve images that make up One Bulb, (Version II), 2011—the Light Bulb works added a new level of self-reflexive tension to her work: essentially making light itself her subject matter. In 2001, the artist was given the opportunity to work at the 20X24 Studio in New York with one of only five large-sized Polaroid cameras ever made, leading to her colored Light Bulb series, seen here in Light Bulb 003ROGd, 2007, and Light Bulb 014Gh, 2007—work that deftly orchestrates the transcendent aesthetic potential of photographic objectivity.

Means' recent Abstract works mark the extraordinary continuing trajectory of her practice, now making the component tools of the darkroom—light, photosensitive paper, and developer—the material and subject of her work. In her Folded and Crushed pieces, Means scores and folds her photographic paper, partially exposing it to light before developing and fixing. In other works, including Grid Abstraction 69, 2006, the artist allows photographic developer to drip, splash, and flow across the surface of the paper. Completed just weeks before the exhibition opening, Symmetrical Repetitions 1, 2021 is composed of strips of photographic paper that have been folded into ever more elaborate geometric forms before exposure and development; the remarkable subtlety of tonal range in the work echoes the One Bulb (Version II) light bulb grid, its play on seriality and invention revealing an artist truly at the peak of her powers.

Amanda Means is a graduate of Cornell University and SUNY Buffalo, and is a 2017 Guggenheim Fellow, awarded for her contribution to contemporary photography. She has exhibited widely in the U.S. and abroad, and her work is included in numerous collections including the Whitney Museum of American Art; the San Francisco Museum of Modern Art; the Los Angeles County Museum of Art; the Museum of Fine Arts in Boston; the MIT List Visual Arts Center; the Albright-Knox Art Gallery, Buffalo, N.Y.; and the Nicola Erni Collection, Switzerland. The artist is represented by JHB Gallery, New York, and lives and works in Beacon, New York.