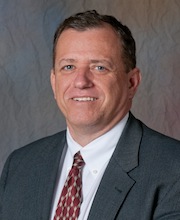 Attorney John F. Quinn serves as the Director of Public Interest Law Programs at the University of Massachusetts School of Law – Dartmouth. In this role, Attorney Quinn works with law students and external partners to create internships and career opportunities across several academic disciplines, including law and public policy.

With a focus on preparing and placing law students in public interest internships and careers, Attorney Quinn also serves as the supervisor of the law school’s Public Interest Law Fellowship program (PILF). The PILF Program offers a comprehensive, integrated program, which is designed to train students for careers in public service. As a part of this program, Attorney Quinn hosts and moderates ongoing events that expose law students to various public service professionals from across the state.

Prior to joining UMass Law School, Attorney Quinn practiced law in Bristol County and served in the Massachusetts State Legislature for eighteen years representing the greater New Bedford region. As a member of the Massachusetts Legislature, Attorney Quinn served in several leadership positions, including the Chairman of the Joint Committee on Banking and the Vice Chairman of the Judiciary Committee. Attorney Quinn has also testified at two Congressional hearings regarding banking and fishery law.

His Doctoral Dissertation entitled, “A Fresh Perspective: Public Choice Theory and the Massachusetts Legislature,” focused on the implementation of foreclosure laws between 2007 and 2012 in Massachusetts.

Attorney Quinn has participated in Rule of Law Programs through the U.S. State Department, which has allowed him to develop extensive international experience. He has lectured and presented on the independence of the Judiciary and the separation of powers in places including Mongolia, China, Macedonia, Hungary, and Romania. Attorney Quinn also participated in the U.S. State Department Visiting Guest Speakers Program in the Republic of Georgia and served as a political analyst during the 2000 U.S. Presidential Elections. In the area of electoral politics and reform, Quinn was part of the Democratic Party Florida recount team and worked on the infamous Palm Beach County recount in 2000.

Attorney Quinn serves on the Board of Directors of YMCA Southcoast, the Leduc Center for Civic Engagement, the Bristol County Bar Association, and is a member of the New Bedford Bar Association Bar Council. Additionally, Attorney Quinn was appointed by the United States Secretary of Commerce as a member of the New England Fisheries Management Council, which manages the New England fishing industry; he currently serves as the Vice-Chairman of the Council.