While many of us today recognize UMass Dartmouth as part of Massachusetts’s state university system located in the SouthCoast, our history begins in 1895, in the thriving mill cities of New Bedford and Fall River. There, 125 years ago, UMassD’s tradition of educating students for successful careers and adapting to the ever-changing needs of the future of work originated.

In the 1800s, the textile industry was booming, particularly in Fall River and New Bedford. In order to create a local skilled labor pool of designers, textile chemists, and mill managers, mill owners petitioned the legislature to open state-funded textile schools. Chapter 47 of the Acts of 1895 enabled the mayor of any city in the Commonwealth with 450,000 or more spindles in operation to file for incorporation of a textile school. Three were schools were chartered: in Fall River, New Bedford, and Lowell.

Our predecessor institutions New Bedford Textile School and Bradford Durfee Textile School created a curriculum that served the needs of the textile industry. Three-year diplomas were granted in general textile manufacturing, textiles design, chemistry, and knit goods manufacturing, as well as a two-year certificate in textile technology. Evening classes allowed mill workers to expand their skills and knowledge. During the 1920s and 1930s the curriculum at the New Bedford Textile School expanded to include knitting technology, textile chemistry, dyeing and finishing, and fashion and textile design. Changes to the textile industry introduced courses in economics and merchandising in the 1940s.

The decline of the New England textile industry and the end of World War II forced the schools to explore new options and forge new identities. To take advantage of the GI Bill, they requested permission to grant four-year degrees and expanded the curriculum with engineering, chemistry, and business administration courses in response to a growing need for broader educational opportunities in southeastern Massachusetts. They became multipurpose institutions, preparing engineers, health care workers, teachers, and business leaders for the workforce, and were now known as New Bedford Institute of Technology and Bradford Durfee Technical Institute. 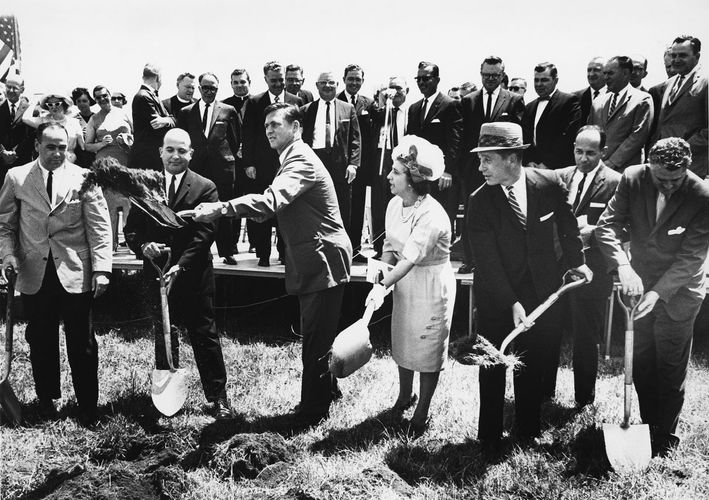 Creating a home in Dartmouth

Demand for a public institution increased and the textile industry all but abandoned Massachusetts, prompting the schools to once again transform to respond to the needs of students and the region. In 1964, New Bedford Institute of Technology and the Bradford Durfee College of Technology merged to form Southeastern Massachusetts Technological Institute (SMTI). With this merger, SMTI broadened its curriculum and laid the foundation for the high-quality liberal arts-based academic programming that UMassD delivers today. The colleges of engineering, business and industry, fine and applied art, and arts and sciences were established. Classes were held at the sites of the predecessor colleges in Fall River and New Bedford.

In 1964, the creation of our home in Dartmouth on a 710-acre space of land began. The dramatic campus design was the work of architect Paul Rudolph, then dean of Yale’s school of Art and Architecture. His signature brutalist style can also be found in many buildings in the U.S. and Asia, including notable skyscrapers in Hong Kong. Each day as students, faculty, and staff park their cars outside the ring of buildings and enter the heart of campus to study and gather in various spaces, Rudolph’s vision of a campus that invites collaboration and designed to evolve over time.

In 1969, SMTI became Southeastern Massachusetts University (SMU). Among the milestone achieved during this period was the completion of the physical campus. The first phase of residence halls was built, bringing with it a development in student activities and on-campus events to engage the growing resident student population. The Tripp Athletic Center opened in 1971 and marked the start of of the University’s rich history of NCAA Division III athletics.

To meet the needs of college students and the region’s workforce economy, academic offerings were expanded and enhanced. The College of Nursing was created in response to the changes in nursing education. Swain School of Design in New Bedford merged with the university’s College of Visual and Performing Arts, in 1988, strengthening programs in art and artisanry and adding art facilities in New Bedford to the SMU. Science and engineering facilities expanded with the opening of the Dion building.

Innovative programs and initiatives were introduced during the SMU years, which became the catalyst for the vibrant culture that is evident in the academics and student programming at today’s UMassD. Programs like College Now and Upward Bound opened up the doors to higher education for students who would otherwise not have access. Graduate programs, the honors program, and continuing studies grew to create more opportunities to further learning.

In 1991, a new University of Massachusetts structure combined the Amherst, Boston, and Worcester campuses into a public university system with Southeastern Massachusetts University and the University of Lowell. Now known as UMass Dartmouth, the institution focused on expanding academics and innovative research to become the national research university it is today.

Keeping with the tradition set by the predecessor institutions of developing curriculum that served the needs of students and the workforce, UMassD set forth a plan for strengthening programs and developing new areas of study that would prepare students for the future of work and addressed the region’s unique needs. The Center (now College) for Marine Science and Technology opened in 1997 in New Bedford where students and faculty engage in research that impacts our surrounding waterways. The Charlton College of Business opened in 2004 with an academic program that would shape the business leaders of tomorrow. In 2010, the state’s only public law school was established when the Southern New England School of Law became UMass Law.

As its presence in the community and region, UMassD made a commitment to introduce programs and activities that would have an impact on students and the community. At the Leduc Center for Civic Engagement, students take part in service-learning activities that enrich their academic experiences and make a difference for local residents.

The unique history of UMass Dartmouth has contributed in a variety of ways to the vibrant culture of research, scholarship, and innovation that reflects the expertise of our faculty, the strength of our academic programs, and inspires solutions for our region, the Commonwealth, and the global community.