Inspired by her love of video games, Shelby Quill '18 hopes to create art in the gaming industry. 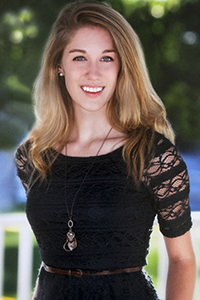 I’ve always been interested in digital media and graphic design. I knew from a young age that the only way I would be satisfied is if I was creating art.

My work is heavily influenced by my love of video games and what's thought to be "nerd" culture. The moment I realized the gaming industry needs creative people to visualize and create the fantastical lands and people that writers and producers think up, I knew where I wanted to be. There's nothing better than developing a plot or character and having every detail fall into place.

I feel as though my work develops organically. I try to conceptualize my original idea and slowly see it unfold and gain momentum all on its own. I'm a terribly methodical person, and my pieces end up being highly-detailed and meticulously rendered because I feel like small, thoughtful details breath life and believability into a piece.

I love being a CVPA student. There is such an immense feeling of support and community that I can't imagine being anywhere else. 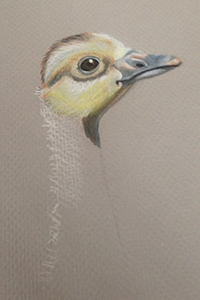 The most memorable project I've done while in CVPA was my first introduction to 2D animation. Although it was straightforward and focused only on the basics, I found myself really enjoying it and getting carried away.

I think that was the moment that really confirmed that I was doing the right thing for myself. I know there are many college students who often question if they're following the right path, and I'm lucky enough to be really excited about what the future holds and not have to wonder.

"I can't imagine being anywhere else"

I love being a CVPA student. There is such an immense feeling of support and community that I can't imagine being anywhere else. The professors want everyone to succeed. They've gone out of their way to ensure that I'm getting the most out of my time at UMass Dartmouth, and I appreciate it.

They are flexible, knowledgable, and incredibly talented. I'm grateful to be learning under such impressive people. Prof. Mark Millenstein is a fantastic example, often staying with me after class to give me much appreciated feedback and assistance. 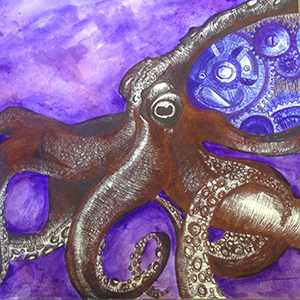 After graduation, I'll do everything in my power to get into the gaming industry. Ideally, Nintendo has always been my dream, but I would be beyond ecstatic to make art for any major gaming label.

I would love to spend time living in Japan to immerse myself in a place where video games are an established piece of culture. Gaining experience and knowledge there would ultimately make me more desirable in the eyes of future employers. I'm well-aware how competitive the field is, but I'm determined to secure a position within it.

I love being a CVPA student. There is such an immense feeling of support and community that I can't imagine being anywhere else.