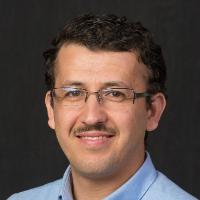 UMass Dartmouth Assistant Professor of Political Science Dilshod Achilov has been awarded a Curriculum Development Grant by the Global Religion Research Initiative, a University of Notre Dame-based project designed to promote understanding of the role of religion in the lives of individuals and societies worldwide.

Dr. Achilov will use his grant to support the development of a new course that explores the role of Islam in shaping the political landscape of contemporary Middle East. The course will analyze the tensions and debates around the issues of Political Islam, while exploring the origin, evolution and current trends of Islamism in the Middle East. In addition, the course will examine the interaction between contemporary Islamic political actors and movements and the challenges of democratization in Muslim majority countries.

Dr. Achilov’s research focuses on the politics of the Islamic world, with an emphasis on Middle East and Central Asian politics. His research specializations include comparative and international politics, research methods, democratization, and civil society.

Dr. Achilov was a fellow at the National Council for US-Arab relations and a Visiting Scholar at the Davis Center for Eurasian Studies at Harvard University. His research has been published in multiple peer-reviewed journals, including Social Science Quarterly, Democratization, International Political Science Review, Asia Policy, and Journal of Civil Society. He is the coeditor of the upcoming book The Routledge Handbook of Central Asian Politics.

University of Notre Dame based Global Religion Research Initiative, which is funded by the Templeton Religion Trust of Nassau, Bahamas, received more than 150 research proposals from scholars at 100 colleges and universities around the world. Submissions were reviewed by leading social science scholars. Dr. Achilov’s proposal was one of 48 chosen to receive a grant.