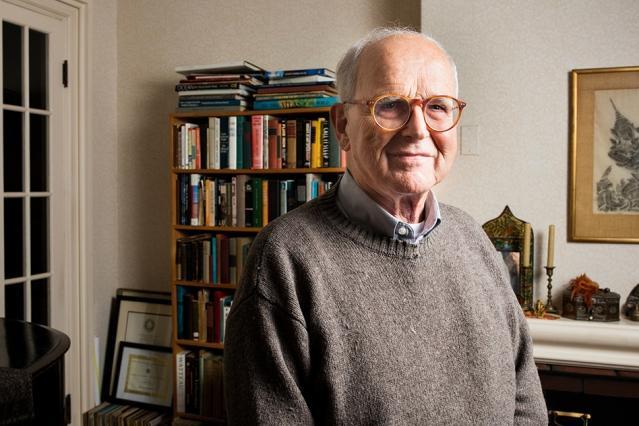 On Friday, May 31 from 6 to 7 p.m., UMass Dartmouth will host Nobel laureate and professor emeritus at MIT, Rainer Weiss. Along with Kip Thorne and Barry Barish of the California Institute of Technology, Weiss was awarded the Nobel Prize in Physics in 2017 for their contributions to the observation and detection of gravitational waves from black holes.

The event, held in the Main Auditorium, will feature Weiss’ journey after fleeing Nazi Germany as a child in the 1930s that ultimately culminated in science’s highest honor: the Nobel Prize.

Weiss’ work, gravitational waves, were a major component in Albert Einstein’s general theory of relativity but remained unseen until Weiss and his team’s 2015 discovery. The lecture will describe the difficult 100-year history of gravitational waves including how Weiss used lasers to observe their existence. Weiss will also offer a vision for the future of astronomy and how important the role of science is for human progress. The instruments and methods for data analysis that enable the measurement of gravitational waves will be on display.

The lecture is part of the 22nd annual Eastern Gravity Meeting. The regional meet-up is open to researchers of all levels, from undergraduate students to faculty in all areas of gravitational physics, including classical, quantum, theory, observation, and computation.

Members of the public are encouraged to attend. Please park in Lots 4 or 5 on the main campus at 285 Old Westport Road, Dartmouth.

To sign up for this free event, please visit the registration site.