Chris LaPorte '16 hopes to bring change to the world through a commitment to service.

By Web Editor
Posted Wednesday, May 11, 2016
Updated: Tuesday, March 26, 2019
Share on Facebook Tweet Share on LinkedIn Print this page Email this page
One of the many agencies where Chris volunteered was at People Acting in Community Endeavors (PACE) in New Bedford.

Social entrepreneurship: from idea to action

As a sociology and anthropology major, I wanted to study other peoples' cultures, rituals, and beliefs. And I wanted to involve myself in public problem solving. My major encouraged me to get out my comfort zone.

I took on the mission of helping others and building myself as a positive person. I did a social entrepreneurship at the Gawad Kalinga (GK) Enchanted Farm and a mentorship with the Moors Engaged Noble (M.E.N.), with the Gifts to Give program. With these two opportunities, I was given the chance to come up with an idea and put it to action.

I'm focused on helping people better themselves and their surroundings. GK gave me the opportunity to get out of the United States, travel to the Philippines, learn about another country, and see what improvements they are making to better their country.

My leadership strengths are in working with and communicating with others, as well as having respect for the people I'm working with. 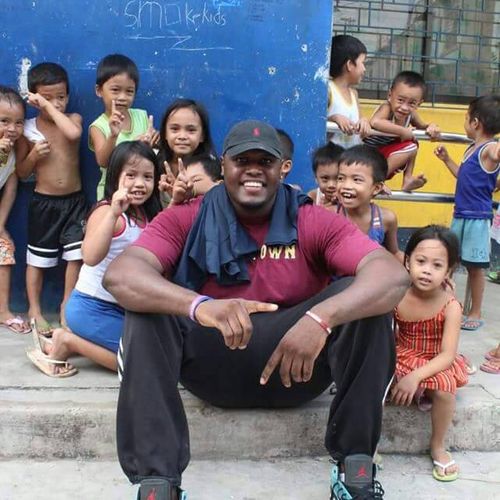 I am orginally from Paris, France, am the oldest out of six siblings, and the first one to go to college. I transfered to UMass Dartmouth because I wanted to attend a bigger school, a school with more diversity. I also wanted to challenge myself more. I've become a student leader inside and outside of UMass Dartmouth.

It was a challenge to wake up early when I generally did not have to, to be committed to service. It was a challenge to participate in jobs that I did not love, but knew they would benefit families—and to know that I was not getting paid for the jobs I was doing. But I knew that a great amount of benefits would come out of it: not physically, but spiritually and mentally.

My leadership strengths are in working with and communicating with others, as well as having respect for the people I'm working with. Also, never being afraid to be the first one to do something.

A voice for people in need

My mission is to complete my graduation requirements, continue to be a voice for the community as well as for people in need, and change the world.

My leadership strengths are in working with and communicating with others, as well as having respect for the people I'm working with.