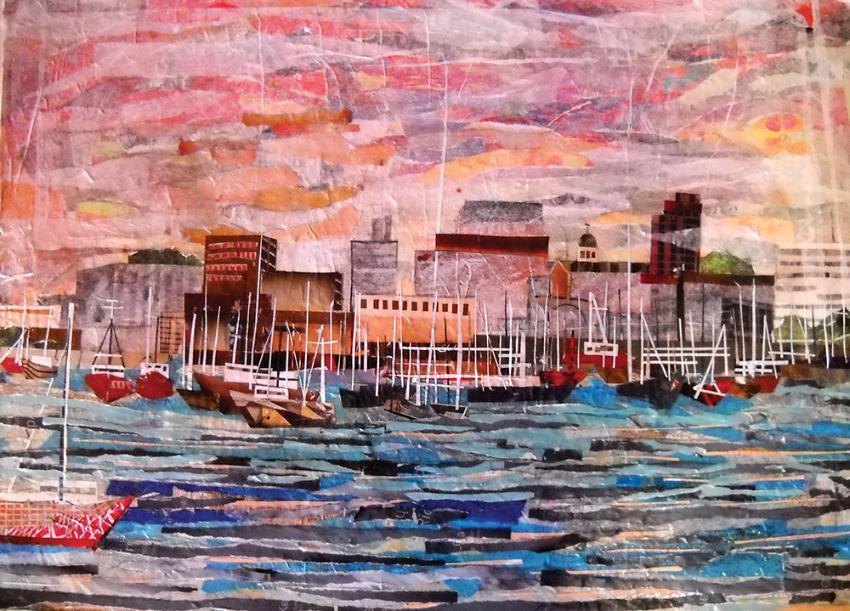 The revitalization was sparked in 2001, when UMassD turned the Star Store building into the downtown site of its College of Visual and Performing Arts (CVPA). Located at the intersection of Union and Purchase streets, it features galleries, commodious studios, and exhibitions from artists around the globe.

It has become a haven for students and faculty who want to immerse themselves in their art, and it also has helped transform the city.

I was fortunate enough to be in the middle of a renaissance of artistic change and growth in this resilient city. I decided to stay and see where it would take me.

In the midst of a city transforming itself

As a first-year CVPA graduate student, Alison Wells, MFA '07 watched as UMassD graduates left for distant cities to pursue their careers. Instead of following their lead, Wells set her roots in downtown New Bedford and joined a growing group of alumni who have helped create a new, vibrant cultural district, full of galleries, eateries, and small shops. She's proud to be a resident artist and educator.

"I was fortunate enough to be in the middle of a renaissance of artistic change and growth in this resilient city," she said. "I decided to stay and see where it would take me."

Detail from "I had nothing to fear in a New Bedford crowd..." paper collage of Frederick Douglass by Alison Wells, MFA '07 - (c) 2012 Alison Wells.

Wells, who originally came from Trinidad and Tobago, opened the Alison Wells Fine Art Studio & Gallery on Williams Street in 2014. More than a decade after her arrival to the area, the ambiance continues to serve as a major source of inspiration for her striking canvases.

"Now that I have been living outside of the Caribbean for 12 years, I am naturally influenced by the landscapes, the people, and the cultures," she said. "This can be seen in my mixed media collage interpretations of downtown New Bedford."

"When I speak about my experiences to students, I believe they see through my efforts that they too can remain and pursue an art-related career in a city that prides itself on community and cultural diversity," she said.

I was fortunate enough to be in the middle of a renaissance of artistic change and growth in this resilient city. I decided to stay and see where it would take me.