Nearly 2,000 members of the Class of 2016 will receive undergraduate and graduate diplomas over the course of four Commencement ceremonies

By Joseph Sullivan
Posted Tuesday, May 3, 2016
Updated: Friday, May 6, 2016
SHARE ON FACEBOOKTWEETShare on LinkedInPRINT THIS PAGEEMAIL THIS PAGERSS 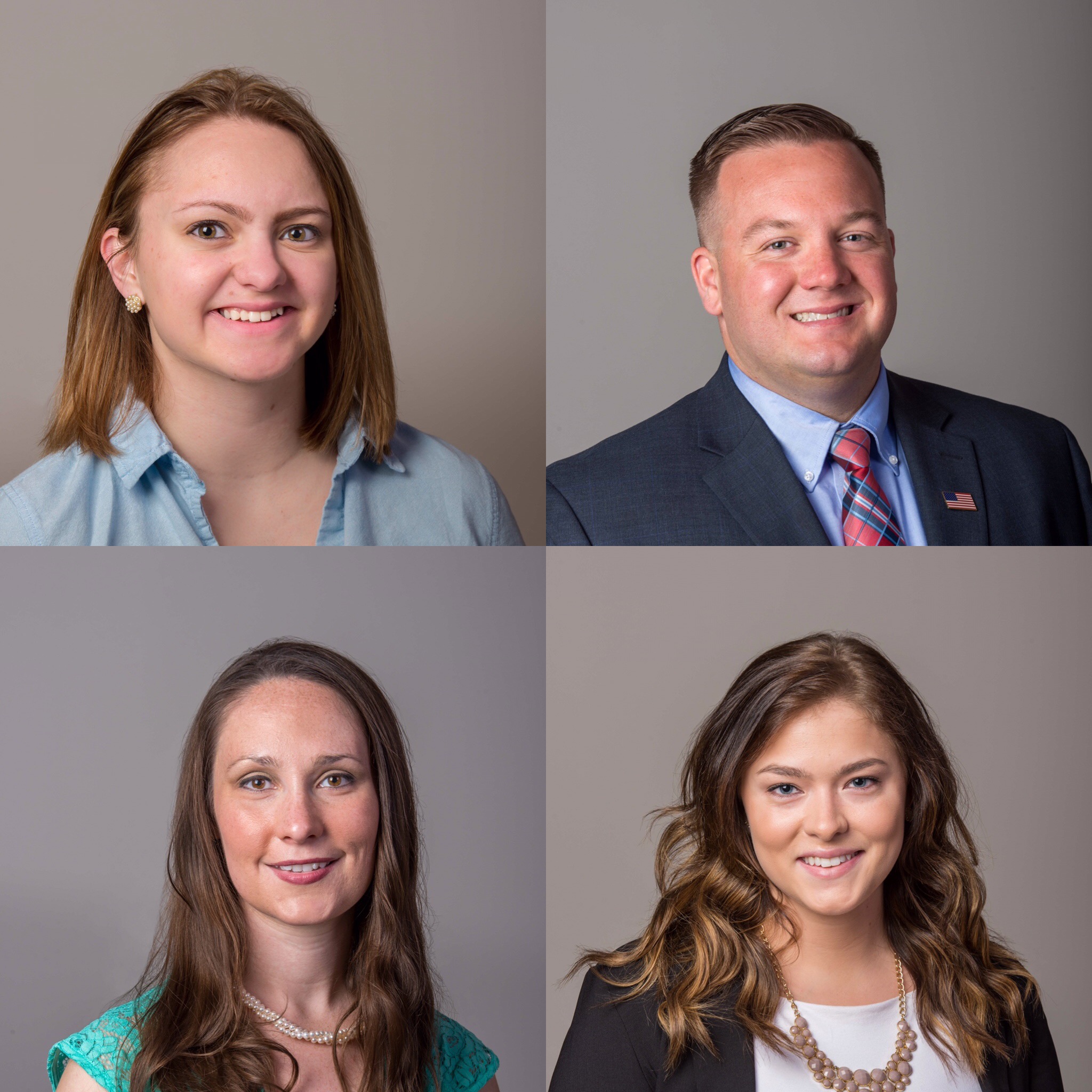 Each of these students has a unique story representing the collective achievement of the Class of 2016.

UMass Dartmouth announced today its student commencement speakers for the University's 116thCommencement exercises May 13-16. Ryan Arsenault of UMass Law, Elizabeth Janson of the College of Arts & Sciences, Bethany Phillips of the College of Nursing, and Tayla Vincent of the Charlton College of Business have been chosen to address their fellow graduates of the UMass Dartmouth Class of 2016. Nearly 2,000 members of the Class of 2016 will receive undergraduate and graduate diplomas over the course of four Commencement ceremonies.

“We are looking forward to hearing from these four exemplary students, each of whom embodies UMass Dartmouth’s commitment to academic excellence and civic engagement,” Interim Chancellor Peyton R. Helm said. "Each of these students has a unique story representing the collective achievement of the Class of 2016."

Ryan Arsenault, a Boston Firefighter and EMT, earned his bachelor's degree in criminal justice from Worcester State University in 2009. Ryan started his law school career in October 2010, as a full-time student in the inaugural class of UMass Law. His law school career was interrupted when he was recalled to active duty for the Marine Corps in 2011 and deployed to Afghanistan. This was the second time that Ryan's education had been interrupted. In 2005, when he was an undergraduate student at Worcester State University, Ryan was activated and deployed to Fallujah, Iraq.

Ryan earned a Purple Heart for combat-related wounds received in 2011 in Afghanistan. He also received the Commissioner's Citation as a first responder at the Boston Marathon bombing in 2013.  That same year, Ryan decided to return to law school and resume his studies as a part-time night student. At UMass Law, Ryan served as the President of the Student Veterans Organization and class representative to the Student Bar Association. He was also a Dean's Fellow and co-captain of the UMass Law team that participated in the Walk to the Hill, the largest advocacy event for civil legal services on Beacon Hill.

Elizabeth Janson is committed to transforming public education and providing youth with the resources they need. Elizabeth chose to pursue a doctorate degree in Educational Leadership and Policy for the program’s focus on social justice and how it addresses not only educational problems, but to understand how those educational problems are caused by policies outside of education.

She’s been blessed with many opportunities presenting at both local and international conferences including one of the biggest education conferences in the world, American Educational Research Association (AERA) as well as at AAACS, NEERO, CIES NorthEast, and TRED, the Transformative Researchers and Educators for Democracy Conference here at UMassD. Elizabeth has had her work published both in academic journals and books and is a contributing author to several forthcoming books.

Elizabeth has been the president of the Educational Leadership and Policy-Graduate Student Association since 2012 and for the past two years served as a Graduate Student Senator. After graduation, she plans on using her doctorate to keep fighting to transform public education and work at the local, national, and international levels.

For Bethany Phillips, UMass Dartmouth has started a snowball effect of goal attainment that will only continue after earning her degree. Bethany is currently completing her 120-hour senior mentorship in the Surgical Intensive Care Unit at Rhode Island Hospital. Bethany plans to work as a registered nurse in an intensive care unit at either Rhode Island Hospital or in the Boston area. She hopes to pursue a doctorate degree and become a nurse practitioner or a physician’s assistant.

Bethany was inducted into the Sigma Theta Tau International Nursing Honors Society, traveled to Haiti for experiential learning opportunities in Community Health, and completed her honors thesis on recognizing stroke symptoms and risk factors in the community.

She became interested in nursing in high school when she won an award for achievements in an anatomy and physiology class. Her love for older adults sparked her interest in studying aging and health. With the “baby boom” generation reaching the age of 65, Bethany wants to be part of the community of healthcare workers and institutions crafting policies and strategies to meet their rising demands.

As the outgoing president of the Student Government Association (SGA), Tayla Vincent is ready to take the skills she learned in leadership and continue to make impact after graduation.

During her time at UMass Dartmouth she participated in student government, representing the Charlton College of Business and serving as recording secretary and most recently as president. She helped implement the first Shake the Ship Open Forum, which gave students a voice at their university and in the changes they’d like to see. Tayla was also an active member in Beta Alpha Psi, the accounting honor society.

As a double major in accounting and management with a focus in organizational leadership, Tayla was able to combine her interest in accounting with a greater understanding about the decision-making process of organizations and how they choose the best leadership styles. After graduation, she plans to spend the summer traveling, both in the U.S. and internationally. Once she returns, Tayla will pursue a career at CPA firm Daniel Dennis & Company LLP and then return to school for an MBA and obtain her CPA license.

UMass Dartmouth was elevated to Doctoral University – Higher Research Activity by the Carnegie Classification of Institutions of Higher Education following the release of its final 2015 classification in February. The only Bay State research university located south of Boston distinguishes itself as a vibrant public university actively engaged in personalized teaching and innovative research, and acting as an intellectual catalyst for regional economic, social, and cultural development. UMass Dartmouth's mandate to serve its community is realized through countless partnerships, programs, and other outreach efforts to engage the community, and apply its knowledge to help address local issues and empower others to facilitate change for all.

We are looking forward to hearing from these four exemplary students, each of whom embodies UMass Dartmouth’s commitment to academic excellence and civic engagement.

We are looking forward to hearing from these four exemplary students, each of whom embodies UMass Dartmouth’s commitment to academic excellence and civic engagement.