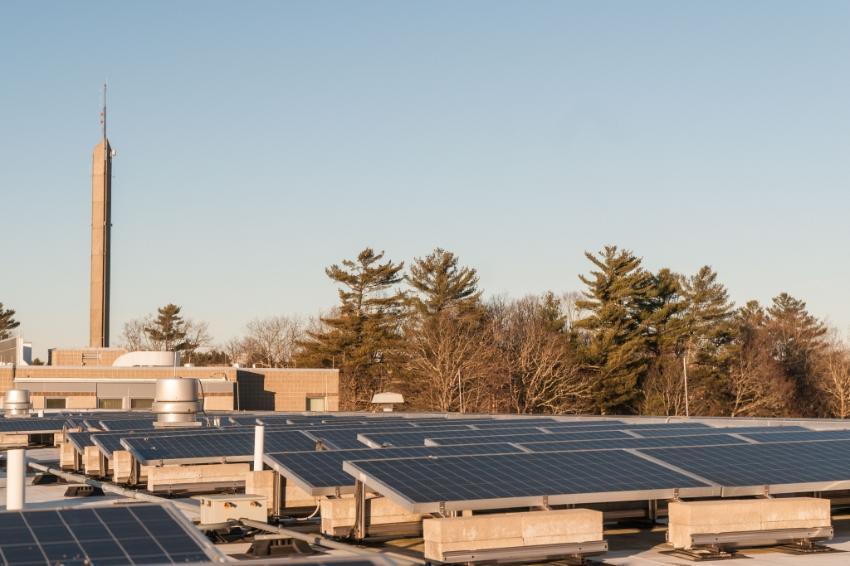 The University of Massachusetts Dartmouth is one of the nation's most environmentally responsible colleges according to the recently published, The Princeton Review's Guide to Green Colleges: 2019 Edition. The Princeton Review surveys administrators at hundreds of four-year colleges about their institutions’ commitments to the environment and sustainability. The ranking, which began in 2010, has featured the university for eight straight years.

“This is the 8th year that UMass Dartmouth has made this list, and we couldn’t be prouder of this accomplishment and staying power,” said Jamie Jacquart, Assistant Director of Campus Sustainability and Residential Initiatives. “We have greatly expanded our refuse diversion efforts including food waste, coffee grounds, and even shredded paper. Every little bit that does not go into the landfill and can be used as an input for something else is great.”

As part of its efforts to create a robust ecosystem of sustainable initiatives, in the summer of 2019, the university launched the largest public battery storage system in Massachusetts. The 520 kW system, in combination with other measures, will reduce the electrical load from the grid during peak usage times. The new battery was the latest in a series of campus sustainability infrastructure upgrades, including a 1.6MWh Co-generation plant and 369 kW of solar photovoltaic panels.

In 2018, the U.S. Environmental Protection Agency (EPA) named UMass Dartmouth as the "College/University Partner of the Year" for the 2018 national WasteWise awards. The UMass Dartmouth Dining Services team was recognized for their proper management of purchasing and food production to minimize leftovers. Dining Services also donates unsold, prepared packaged foods weekly during the school year to local liturgical ministries serving the homeless. In 2017, Dining Services unveiled a new program called Meals with Dignity, in which student volunteers work to package meals made with wholesome, leftover food from the dining hall on a biweekly basis and to deliver meals to the on-campus food pantry.

"We salute and strongly recommend UMass Dartmouth to the many environmentally-minded students who want to study and live at a green college," said Rob Franek, The Princeton Review's Editor-in-Chief.

Franek noted that college applicants and their parents are increasingly concerned about the environment and sustainability issues. Among the 11,900 teens and parents The Princeton Review surveyed earlier this year for its 2019 College Hopes & Worries Survey, 64% said that having information about a college's commitment to the environment would influence their decision to apply to or attend the school.