Based on a class about civil rights in the South in the 1950s and 1960s, Professor Santow and his students got the chance to live history

Students in Professor Mark Santow's (History) class spent their Spring Break in Alabama and Georgia visiting sites and meeting people that brought the history of the Civil Rights Movement to life.

How did this idea for an alternative spring break come about?

The idea of a class on the civil rights movement with a spring break trip to the South is something I have always wanted to do. Working with Cathy Gardner, Director of the Honors Program, we designed a free trip that was fully integrated into the substance of the HON 201 course that focuses primarily on the black freedom movement in the South, with a particular emphasis on youth activism around the right to vote in Alabama and Mississippi. A trip to Alabama seemed like the best way to help students gain an emotional understanding of the movement and the obstacles it faced, to accompany and inform their intellectual understanding. 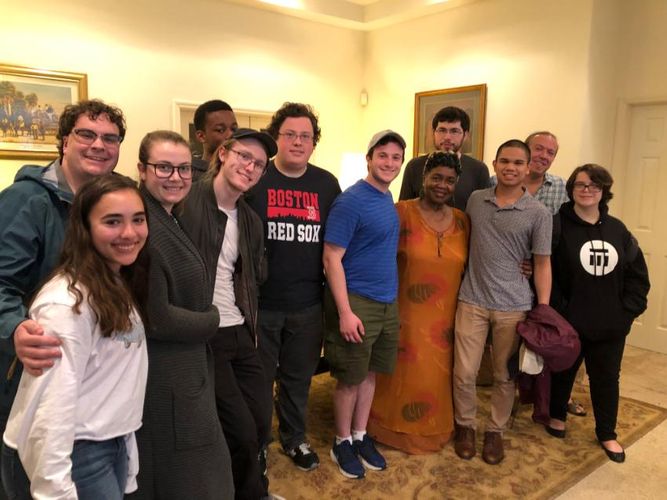 What sort of activities did students participate in and which locations did you visit?

Our trip was based out of Montgomery, Alabama, but we took trips to Selma, rural Lowndes County, and Birmingham. Montgomery has a rich variety of museums and historic sites related to the Movement, including the Equal Justice Initiative (EJI), the Southern Poverty Law Center’s Civil Rights Memorial, the Rosa Parks Museum, the Freedom Rides Museum, and the National Center for the Study of Civil Rights and African-American Culture at Alabama State University. We also flew to Atlanta, which gave us the opportunity to visit the Martin Luther King Center, the Ebenezer Baptist Church, and Dr. King’s childhood home.

The EJI’s National Memorial for Peace and Justice is dedicated to the thousands of victims of racist mob violence in the US (and in the South especially), from the 1880s to 1950. The depth and impact of racial terrorism in the US are unavoidably presented, premised on the idea that we cannot truly understand racial inequality in our country, and move toward some sort of reparation and reconciliation, without first being honest with ourselves about the truth of our national history. It is beautifully and thoughtfully designed, creating a kind of sacred space that forces all visitors – especially white visitors – to grapple with the moral weight of the past on the present. Students, in their reflections after the trip, were nearly universal in declaring this day of the trip to be of lasting personal impact. We met with EJI staff the next morning to learn about the ideas behind these sites and the work that extraordinary organization does.

The other crucial part of the trip was the opportunity to meet with people who had participated in the Movement themselves. In Birmingham, we met Charles Avery and Janice Kelsey, who were beaten and arrested as high school students during the ‘Children’s Marches’ for civil rights in 1963. What was striking is that, while all of these folks are elderly now, they were about the same age as our students when they decided to risk bodily harm, freedom, and death to change their country. That message was powerfully brought home to the students.

In Montgomery, we met with Mrs. Jean Graetz, who, alongside her husband, Rev. Robert Graetz, were the only whites in the city to support the Montgomery Bus Boycott. The Graetz’s were friends with Rosa Parks and with Dr. King, and their home was bombed in retaliation for their pro-civil rights work. When we met with those who lived through the Movement, we were regularly given hugs and asked to hold hands, form a circle, and sing civil rights songs. I think we were all a little shy about this initially – but not by the end.

Of course, not everything was heavy. We ate a lot of great southern food and created an elaborate ratings spreadsheet for all the sweet tea we drank. Apparently, my ability to parallel park a giant shuttle van was impressive to some. 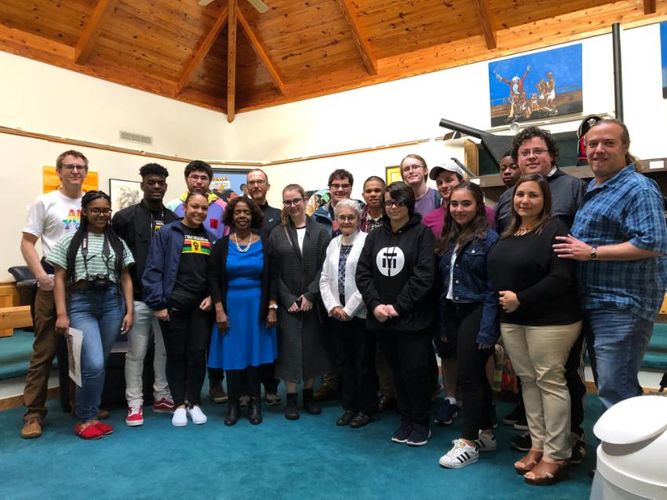 What did you want students to experience during the trip?

History can feel abstract or like a huge list of names, dates, and places for students. This can often be a challenge to understand. I wanted students to leave their comfort zone and a formal academic setting to address those shortcomings.

In Selma, we were given an incredible tour by the youngest protestor during the 1965 “Bloody Sunday” march for voting rights, Joanne Bland. Mrs. Bland took us to Brown AME Chapel, where Dr. King regularly spoke as did Malcolm X. She took us around back to a vacant cement lot, where all three voting rights marches began. She asked each student to pick up a pebble from that lot and hold it while thinking about the people who stood in that exact place 54 years ago. She asked each of us to keep the pebble and to think about what steps we are willing to take for freedom. All of us still have our pebbles. I carry mine in my briefcase every day. This experience is something our students will carry with them perhaps not physically, but emotionally, for the rest of their lives. Mrs. Bland also took us to the Live Oak Confederate Cemetery, which includes a monument to Nathan Bedford Forrest, a Confederate general and the founder of the KKK. There, she engaged us in a powerful discussion about Confederate monuments, and the power of memory. This experience had a huge impact on the students. 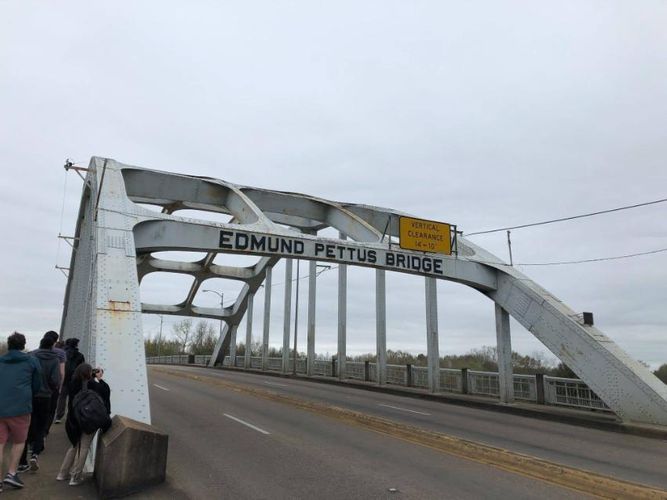 Students walking across the Edmund Pettus Bridge in Selma where "Bloody Sunday" took place. Civil Rights leaders were attacked while trying to cross the bridge.

What were the most impactful learning moments or realizations?

For myself, I think one of the most powerful realizations was the psychological pain and trauma that so many young black people experienced in the 1950s and 1960s under the oppressive system of Jim Crow. I work with veterans of all ages, and I hear them tell stories of moral injury and PTSD, in some cases decades after they served in combat. I heard those same things in Alabama, from people who lived during Jim Crow, who feel an enormous personal and moral compulsion to share their stories. Everyone on our trip now understands their struggle – and their resilience -- on a visceral level, which teaching and writing on the subject can never fully provide.