Meaghan Koudelka ’16 joined the Peace Corps and is stationed in Ouarzazate, Morocco as a Youth Development Volunteer. 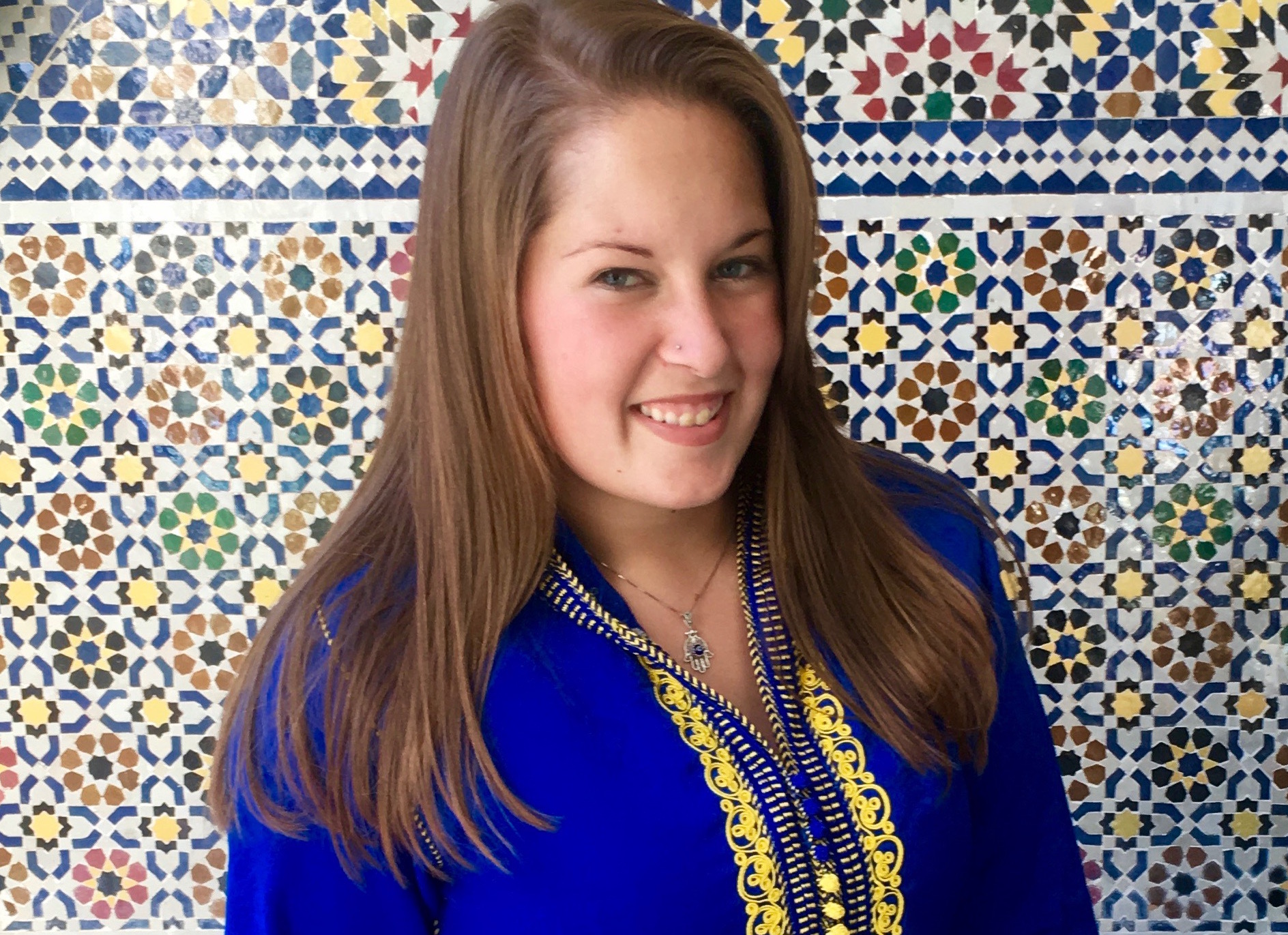 It wasn’t until Meaghan Koudelka ’16 applied and was accepted to a Master’s of International Development program did she realize that something was missing.

As an Economics and Political Science alumna, Koudelka thought the best way to kick start her way into the field of International Development was to pursue her longtime goal of joining the Peace Corps. “I had been contemplating the Peace Corps for a couple of years and thought it would be the best way to see if I really wanted to pursue a career in International Development,” said Koudelka.

A calling for the Peace Corps

Stationed in Ouarzazate, Morocco as a Youth Development Volunteer, Koudelka utilizes the skills and tools she’s gained during her undergraduate career to seamlessly integrate into a foreign community. She's learned a new language, taught productive workplace skills, and worked to help foster sustainable development in an area that is underdeveloped and lacking resources.

“I understand how hard it is to implement sustainable development and making sure that your work is carried out once you leave the country,” said Koudelka. “Through my studies in Economics, I’ve become able to measure the success of my work and the effectiveness it has on the development of my town.”

Internships made a difference

During her time at UMass Dartmouth, Koudelka completed several internships that helped prepare her for the path towards International Development such as the Salvation Army’s Emergency Disaster Services, environmental nonprofits, and solar companies.

Koudelka’s studies gave her the necessary elements she needed to thrive in a career that values leadership, cultural sensitivity, and a strong commitment to service.

“My degree taught me how the world works, how businesses work, and what effects successful development,” said Koudelka. “I’m able to understand what volunteer work entails because of my degree."

Chelsea Cabral '18 contributed to this story.

Through my studies in Economics, I’m able to measure the success of my work and the effectiveness it has on the development of my town.

Through my studies in Economics, I’m able to measure the success of my work and the effectiveness it has on the development of my town.

Economics is the science of decision-making. Economists identify and analyze the costs and benefits of financial and social decisions.