The keynote address, “Cape Verdean Communities and Belonging in Challenging Times,” will be delivered by Carlos Wahnon Veiga, Ambassador of Cape Verde to the United States. Veiga is a well-respected lawyer with career experience spanning more than 40 years. He has extensive government and parliamentary experience. In addition to his former role as Attorney General, Veiga held the high post of Prime Minister from 1991 to 2000 and was elected Member of Parliament in 1985, 1991, 1995, and 2011. 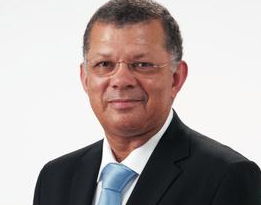 From 1990-2000 and from 2009-2013, Veiga led the “Movimento para a Democracia,” which successfully promoted the design and implementation of the much needed transition from a one-party regime to a constitutional democracy during the 1990s.