Alec is a student in the Engineering and Applied Science PhD program, pursuing the computational science option.

One novel aspect of Alec's work is that it involved applying techniques of numerical analysis and computation that are not common in the quantum gravity subfield. This may result in a new way of testing models in quantum gravity and investigating their full viability.

Professors Gaurav Khanna (UMassD) and Parampreet Singh (Louisiana State University) were co-authors on the paper and advised Alec’s research efforts. Alec's paper has been published in the Institute of Physics journal Classical and Quantum Gravity.

A preprint is available as a free download: "Von-Neumann Stability and Singularity Resolution in Loop Quantized Schwarzschild Black Hole" 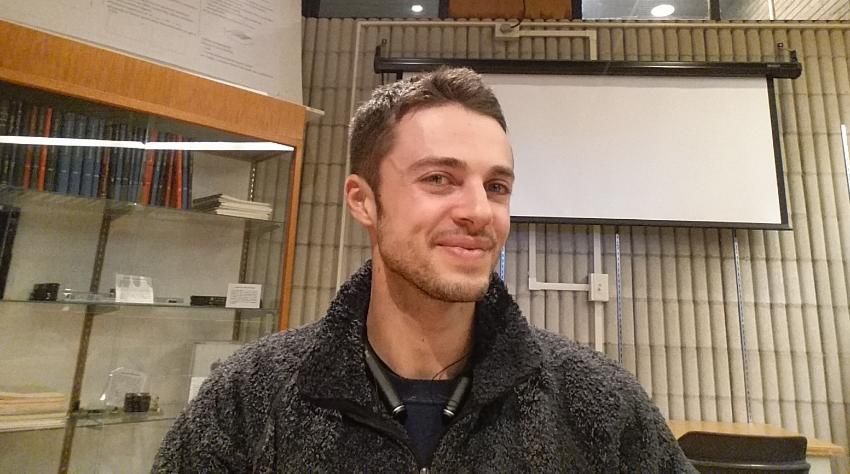 Izak Thuestad is a master's degree candidate in physics.

Izak Thuestad is a student in the master’s program in physics. His research work—inspired partly by the 2014 Christopher Nolan film Interstellar—involved a detailed study of the behavior of physical fields in the interior region of a black hole spacetime.

Izak’s efforts verified aspects of such systems as were known before; he also uncovered some very interesting new features. He accomplished this effort by performing high-accuracy and high-precision numerical computations using hardware (a cluster of GPUs and PlayStations) supplied by UMass Dartmouth’s Center for Scientific Computing & Visualization Research.

Professors Gaurav Khanna (UMassD) and Richard Price (MIT/UMassD) were co-authors on Izak’s paper and closely advised his research. The paper has been published in the top research journal in physics: the American Physical Society’s Physical Review.

A preprint is available as a free download: "Scalar Fields in Black Hole Spacetimes"

Prof. Gaurav Khanna of the Physics Department serves as the research advisor for both students.