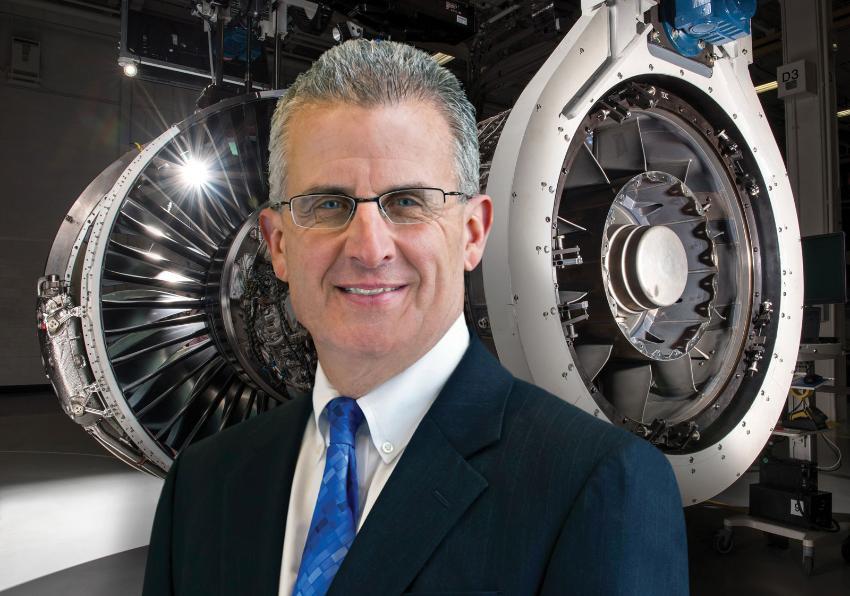 Powered flight connects people. It drives economies and protects our freedoms. It is an industry of growth and innovation that is always preparing for the future.

As president of Pratt & Whitney, a world leader in aerospace manufacturing, Robert Leduc '78 also attends to the future. He is transforming the workplace culture so that Pratt can stay at the forefront of engine design and production, where it has been since the 1920s.

Leduc joined Pratt & Whitney after graduating from then-Southeastern Massachusetts University with his BS in mechanical engineering. Over the years he held roles in program management, strategy, and customer support. He retired from his role as senior vice president of engine programs and customer support, only to return to Pratt in 2016 to serve as president. He arrived back in time to manage a spike in production to deliver its new geared turbofan engine, designed to use 16 percent less fuel and reduce noise by 75 percent.

A culture that values people

In leading Pratt, Leduc saw the need to change the "command and control" culture that is typical in aerospace companies. His own leadership philosophy involves setting a vision for the organization, creating a culture in which people thrive, and empowering employees. Even mistakes are valuable, he said, because they offer learning opportunities.

"We could have all the tools in the world, but people need to be empowered to make decisions at their level," he said. "It is important to build a culture where employees are entrusted and enabled to reach their maximum potential."

Leduc put himself, and later 250 top Pratt executives, through a three-day training at Thayer Leader Development Group at West Point. There, Pratt leaders learned about the Army's management approach, which Leduc said is far more flexible than might be expected from the military. After this training the needle began to move at Pratt. Managers who attended the training scored six to eight points higher on Pratt employee surveys than managers who did not.

"As managers, it's our responsibility to determine what we need to do and why, then look to our employees to tell us how," he said. "We ask: what do you need to do your job better?"

Using this approach last summer, mechanics told Pratt how to overcome impediments to producing its new engine. Ken Brinkman, a second shift mechanic, told Forbes magazine, "You get a huge sense of mutual respect between supervisors and mechanics. They're super-willing to listen to us and say, 'let's try this.'" 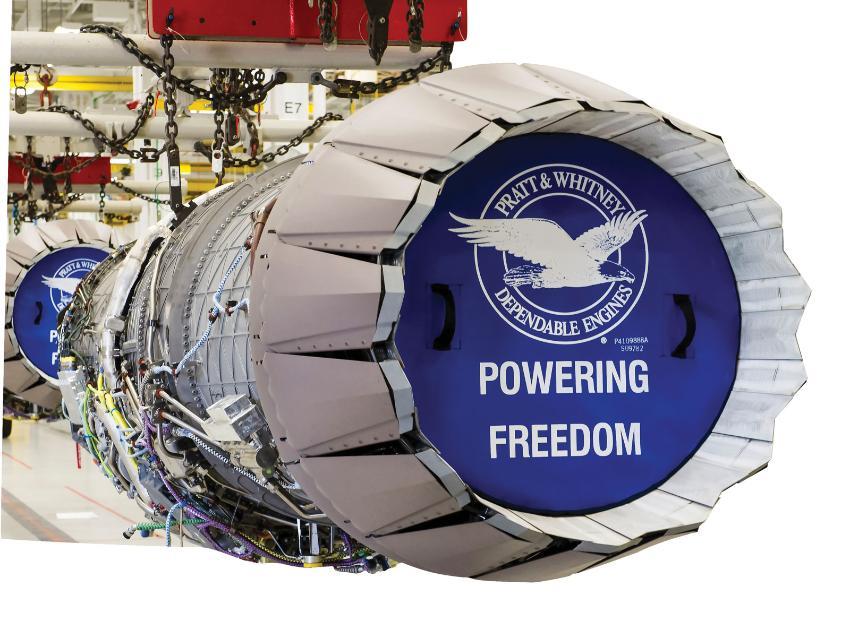 Automation and digitalization force workers to learn new skills, which require effective training programs. This is vital because success in aerospace hinges on the adoption of technologies that improve efficiencies and bring new products to market faster than the competition.

At Pratt, automated processes enable the precision to produce high-quality engines. This has reduced the number of workers needed to run some production lines, but it also has opened opportunities to train employees for new types of work arising from the new technologies.

"One of our workers received 400 hours of training to adapt his skillset to troubleshoot the technology used to automate the process, do preventative maintenance, and reprogram it when necessary," Leduc said.

The key to meeting the challenge of new technology and seeing the full benefit of the tools is organizational agility and a culture that fosters innovation.

"Culture is what enables a company to be sustainable and profitable for a long time," Leduc said. "Organizational agility allows a company to better compete against current and future competitors."

"Create the opportunities for employees to innovate by giving them the time, budget, and projects," Leduc said. "Diversity drives innovation. We want a diverse workforce with demographics that look like the
world we serve."

Leduc's leadership philosophy took shape as he watched his blue collar father come home each day from work and saw how managers' behaviors affect employees. "Treat others as you want to be treated," he said.

He also maintains a strong belief in being connected to the community. In 2008, he and his wife established the Leduc Center for Civic Engagement at UMass Dartmouth, which sponsors community service activities, service-learning initiatives, and events that enrich the student experience and meet the needs of the community. The Leduc Center's programs give students the opportunity to gain perspectives that shape their worldview and influence the decisions that they will make as future leaders.

"Your life experiences shape you," Leduc said. "Companies are a reflection of their leaders."

Leduc also received an honorary degree from UMass Dartmouth in 2014 in recognition of his career achievements and philanthropic support of the University.