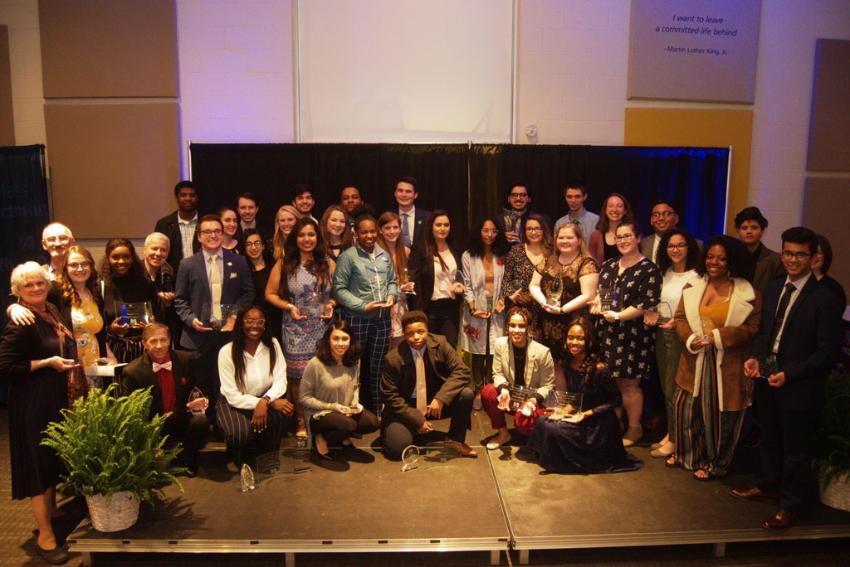 The Annual Student Leadership Awards Banquet was held on Wednesday, April 17 in Woodland Commons. The event was hosted by Christopher Laib, Director of the Student Activities, Involvement & Leadership Office. Chancellor Robert E. Johnson and Vice Chancellor for Student Affairs, Shannon M. Finning greeted everyone in attendance prior to the dinner service.