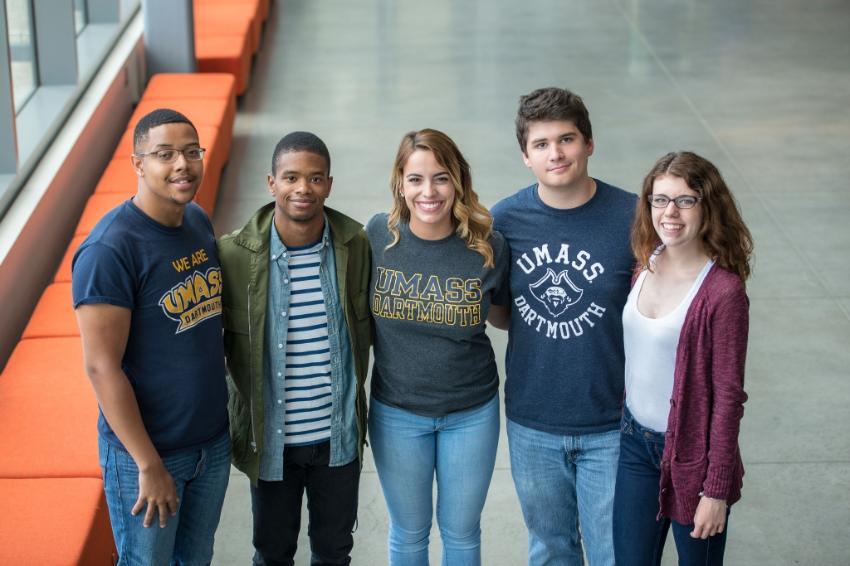 UMass Dartmouth students more than doubled their participation in the 2018 mid-term elections compared to the 2014 mid-term, according to a recent national study, similar to national trends indicating increased voting among college students.

“This growth in student voting, combined with the activism by young people that we are witnessing around the world, should be a source of optimism for all of us,” UMass Dartmouth Chancellor Robert E. Johnson said. “While the challenges that our nation and planet face are complex, young people are demonstrating that they have the energy, ingenuity, and will to meet those challenges.”

To increase student voter participation in 2018, the UMass Dartmouth Leduc Center for Civic Engagement worked with student groups such as MASSPIRG, which ran several non-partisan educational activities on campus, including the dissemination of information about ballot questions and a ballot questions forum at the Frederick Douglass Unity House.

“We expect this trend to continue because we’ve designed our curricular and co-curricular activities to encourage active citizenship,” said Matthew Roy, Assistant Vice Chancellor for Civic Engagement and Director of the Leduc Center for Civic Engagement. “We want every UMass Dartmouth student to graduate knowing how to positively impact their community and world.”

Conducted by the Institute for Democracy & Higher Education (IDHE) at Tufts University, the study shows that nationwide, the voting rates at participating college campuses nearly doubled on average compared to the previous 2014 midterm. In 2018, the Average Institutional Voting Rate (AIVR) among campuses in the study was 39.1 percent, nearly 20 percentage points higher than 2014’s average turnout rate of 19.7 percent. Turnout increases were widespread, with virtually all campuses seeing an increase over 2014.

The data is based on the voting records of more than 10 million students at more than 1,000 colleges and universities in all 50 states and the District of Columbia. IDHE does not receive any information that could individually identify students or how they voted. The study provides reports to participating colleges and universities that use them to support political learning and civic engagement, as well as to identify and address gaps in political and civic participation.