Dean Mitnick on the passing of Massachusetts Chief Justice Gants 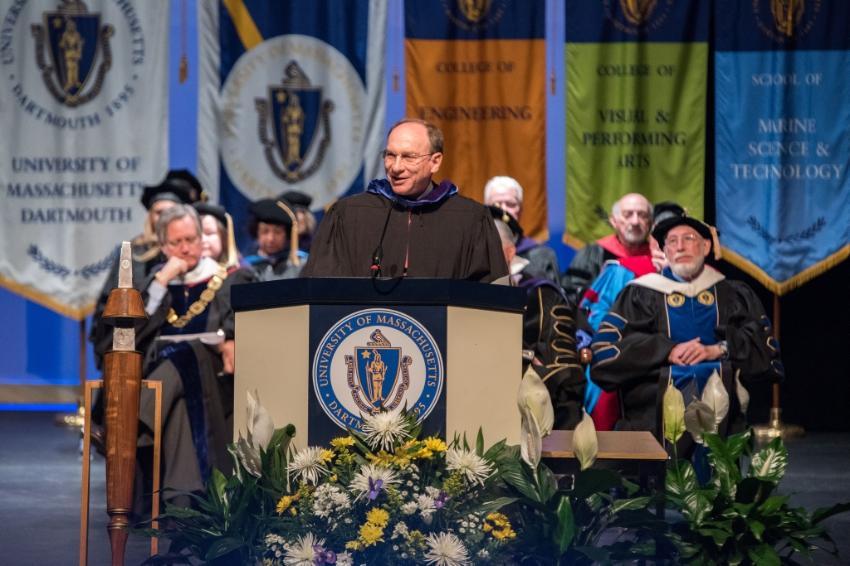 I wanted to share with you (below) a letter written and sent collectively by the deans of the nine Massachusetts law schools regarding the untimely passing and many meaningful and lasting contributions of Chief Justice Ralph Gants.

Chief Justice Gants served as our commencement speaker and received an honorary degree from the law school in 2016. He was also a close friend and strong supporter of our Justice Bridge law practice incubator. You can view his commencement address here.

As the deans of Massachusetts law schools, we share a profound sense of loss over Chief Justice Gants’s passing and extend our deepest condolences.

Over many years, we have watched Chief Justice Gants work tirelessly for the people of Massachusetts, particularly those who do not have adequate access to the courts. He has sought out new ideas and innovative solutions, always in the interest of improving access to justice and advancing the rule of law.

We also deeply respected his commitment to racial equality and dignity. Particularly in this time when our society needs strong leadership that is centered on combatting the many inequities within our legal system, Chief Justice Gants served as an example of how any one of us might make a difference in the lives of the lawyers, clients, employees, and visitors who enter our state courthouses. His efforts to provide cultural awareness training for judges and staff and to educate their colleagues about implicit and explicit racial biases have moved our profession closer to achieving the goal of having courthouses where all the people who enter are treated with equal dignity and respect. We are assured that this important work will continue, fortifying Justice Gants’s legacy and commitments.

We considered ourselves fortunate to work closely with Chief Justice Gants on various professional initiatives, and we were particularly grateful for what he did for our respective communities. He regularly appeared at law schools events, offering his time and wisdom to our students, and he expressed a genuine interest in their future and success.

The Commonwealth has lost a great leader, and our thoughts are with his colleagues, friends, and loved ones during this challenging time.