April (Bunker) Cabral graduated from UMass Dartmouth in 2003 with a degree in management and took advantage of learning experiences both within the classroom and in workplace settings.

“My time at UMass Dartmouth definitely prepared me for life after graduation,” said Cabral. “The internships that I held during college prepared me for the role in a financial planning firm that I obtained upon graduation. I am still with the same firm 18 years later.”

Another defining experience of Cabral’s time at UMass Dartmouth were the friendships and relationships she formed and has since nurtured throughout her life.

“My four years there were amazing. I met my husband there and some of my best friends. I have so many amazing memories with my sorority Alpha Sigma Tau and living on campus,” Cabral explained. April married fellow Corsair Trevor Cabral ’03 and the couple has two children. 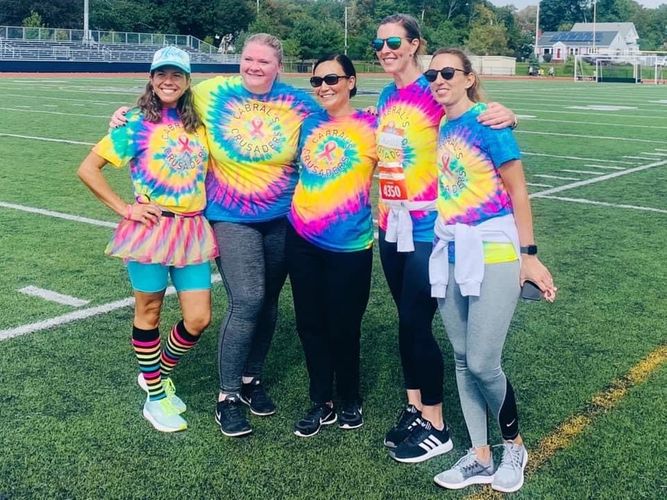 Cabral had always been thankful for the academic opportunities that helped launch her career after graduation, but when she was diagnosed with Stage 4 Metastatic Breast cancer in 2016, she became ever grateful for her UMassD family that has supported her from day one.

“I have no family history of breast cancer, so this diagnosis was a complete shock to me,” remarked Cabral. Metastatic Breast Cancer currently has no known cure, and Cabral has undergone many different types of treatments until they stop working, and then “you move on to the next treatment until you, unfortunately, run out of options.”

Determined to bring more awareness and raise money for research, April immediately started a Jimmy Fund Walk Team in 2016 named “Cabral's Crusaders”. All funds raised by her team went directly towards the research of Metastatic Breast Cancer at Dana Farber where she undergoes treatment. When it came time to find volunteers to join her team, Cabral knew where to turn. Her Alpha Sigma Tau sisters from her UMass Dartmouth days had remained some of her closest friends and were there to support her since the diagnosis.

“They have known me for so long and always understand what I may need as I continue this journey with cancer,” said Cabral. “No matter how long it has been since I’ve seen them, many have reached out or have agreed to attend a walk. It’s nice to know that the sisterhood is still so strong.” 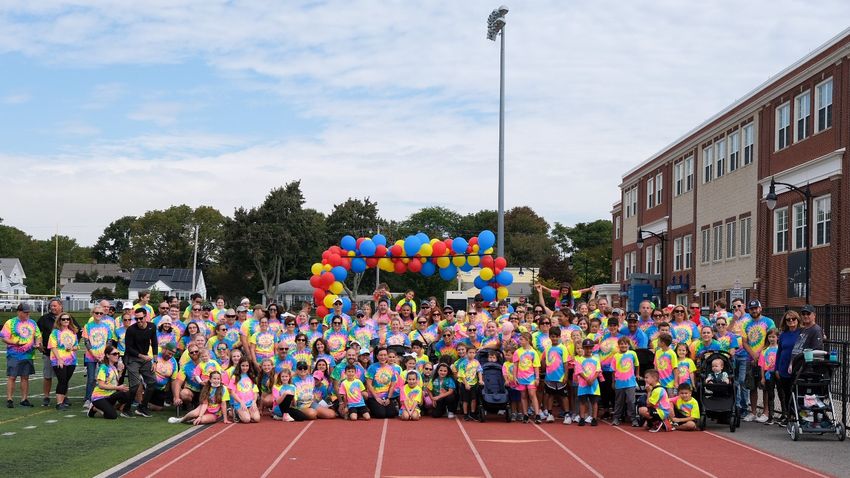 Cabral’s Crusaders began adding members including her sorority sisters, family members, and friends for an increasing number of walks and events. April and her team have participated in the Jimmy Fund Walk every year since her diagnosis and have raised more than $300,000 since 2016.

When asked about what she wanted people to know during Breast Cancer Awareness Month, Cabral emphasized the need to support research efforts like at Dana Farber. “Funding more research and finding a cure are imperative. Nothing could have prevented me from getting cancer and right now, there is also nothing that can cure it. We need Breast Cancer Awareness month to prioritize researching the disease so we can eradicate it once and for all.”

To learn more, follow April’s blog where she provides updates on her journey.