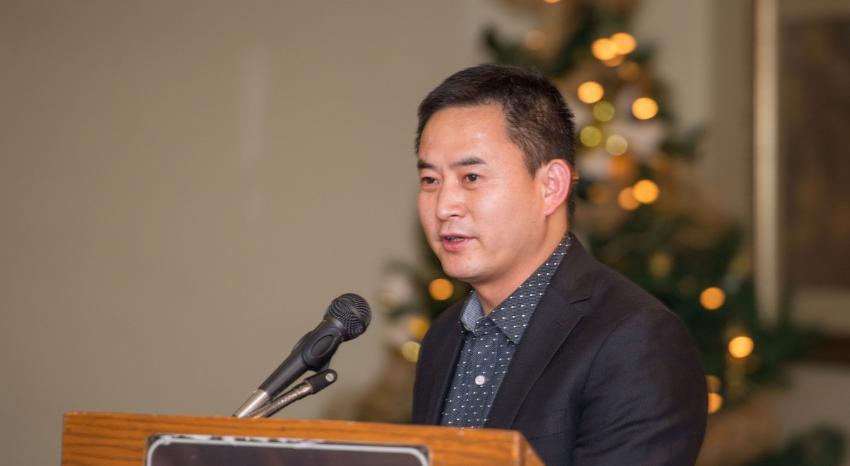 The Institute of Electrical and Electronics Engineers (IEEE) recently selected Professor Honggang Wang (Electrical & Computer Engineering) as a 2021 IEEE Fellow. Wang was chosen for his contributions to low power wireless for IoT and multimedia applications.

Wang is a pioneer researcher in the field of Wireless Body Area Networks (WBAN) and WBAN-related Internet of Things (IoT) m-Health applications. He developed an energy efficient and secure WBAN platform to support IoT mobile health applications that made a substantial impact in the field and greatly improved the lives of users. Wang accomplished this by developing an innovative new approach to employ resource diversity to support multimedia stream over low power wireless, which significantly reduces the latency of video delivery and achieve desirable network and energy efficiency. His work provides important operation guidelines for low power multimedia networked system design and deployment.

The IEEE is the world’s leading professional association for advancing technology for humanity. Through its 400,000 plus members in 160 countries, the association is a leading authority on a wide variety of areas ranging from aerospace systems, computers and telecommunications to biomedical engineering, electric power and consumer electronics. Becoming an IEEE Fellow is recognized by the technical community as a prestigious honor and an important career achievement.

Wang received the "Scholar of The Year" award in 2016 from UMass Dartmouth and has published more than 200 research papers. He was an invited participant by National Academic Engineering (NAE) for the 2017 German American Frontiers of Engineering Symposium, as one of about 50 outstanding young engineers from U.S. companies, universities, and government labs. He has been serving as the Editor in Chief (EiC) for IEEE Internet of Things Journal (SCI IF: 9.936) since 2020. He is also named as an IEEE Distinguished Lecturer (IEEE ComSoc, 2019-2020).

Electrical engineers design and develop electrical and electronic components and systems for power, communications, and control; integrated circuits; and computers.