Gravitational waves are "ripples in the fabric of space-time" that were predicted by Einstein over a century ago. These waves were directly observed by the US LIGO detector in 2015 - a major discovery that resulted in the founders of the project receiving a Nobel Prize in 2017. Two of the founders of LIGO, Drs. Rai Weiss and Kip Thorne have visited UMass Dartmouth over the last few years and have inspired students to look towards the stars. 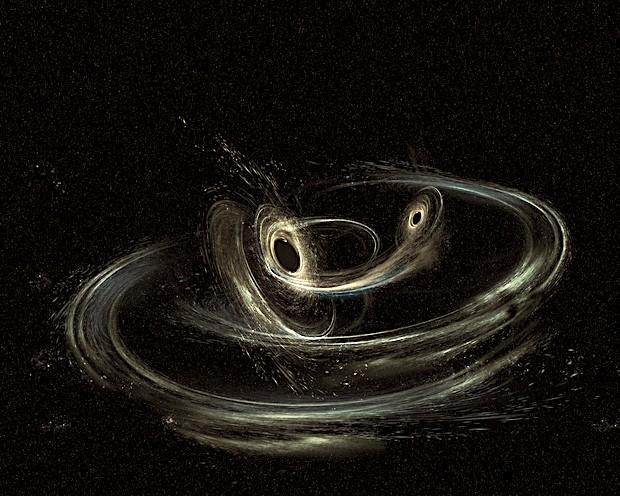 To aid in this cosmic effort, Rifat has developed a new computational model that will help extend the range of the black hole binary systems that LIGO can reliably use. Until now, it was difficult to make predictions of what the gravitational wave signal was like during the merger of two black holes, especially if one is much larger. Rifat's new model allows scientists to generate precise template signals from such systems at an impressively fast rate.

Rifat's work was supervised by Drs. Scott Field and Gaurav Khanna of the Mathematics and Physics Departments at UMass Dartmouth, respectively. This work also involved a collaboration with Dr. Vijay Varma of the California Institute of Technology, which runs the LIGO detector with MIT. This research was supported by the National Science Foundation (NSF), UMass Dartmouth's Center for Scientific Computing & Visualization Research (CSCVR), and the Massachusetts Green High-Performance Computing Center (MGHPCC).