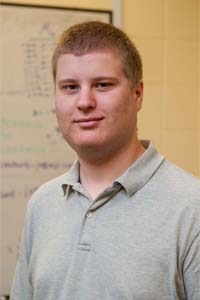 Why did you choose to major in physics?

I became interested in astrophysics later than most of my peers in the major, who mostly became involved as children. It held relatively little interest for me until high school, when I was able to appreciate the complexities involved.

At the end of the day, I don't care about "facts." I'm not all that interested in how things really are—I don't think an idea is made more engaging or significant simply because it happens to describe the world.

While that may seem an odd attitude for a scientist to have, it is critical to science as a process. Most people who don't like science see it as static, I think. In reality, science is a fundamentally active thing, a sort of a battlefield of knowledge on which we as scientists use every method at our disposal to fight for the ideas we champion.

It isn't about being right—if you could pick out the truth before ever running an experiment, there wouldn't be any need for science in the first place. It's about competing and cooperating with the best minds in the world to solve the greatest puzzle in existence, and even the failures are beautiful and profound.

What is a Type Ia Supernova?

A type Ia supernova is an incredibly rapid and energetic expulsion of the stellar mass of a white dwarf star. Comparable in mass to the sun, a white dwarf is much denser, containing primarily intermediate mass elements such as carbon and oxygen.

Over time, these intermediate mass elements, especially carbon, build up like sawdust in an old saw mill. The temperature and pressure in a stable white dwarf's core are sufficient enough to overcome their fusion energy barrier, a quantity that represents the amount of energy necessary to initiate atomic fusion, and increases with atomic mass.

However, if the white dwarf is somehow gaining, or "accreting," mass, generally from a companion star in a binary system, the temperature and pressure can increase, ultimately exceeding carbon's fusion energy barrier.

Once ignition is achieved, all of the built up carbon in the star's core fuses in a matter of seconds, an event known as "detonation." It’s estimated that an Ia supernova releases enough energy to sustain the current energy needs of humanity for a period a trillion times longer than the current age of the universe.

What is your research project about?

The specific situation Dr. Fisher and I are looking at involves white dwarfs with a significant mass disparity, in which the heavier "pulls apart" the lighter via tidal forces.

According to previous simulations performed by Dr. Fisher's group, the mass of this smaller progenitor is spread out into a thin elliptical disk around the larger, which is then gradually absorbed until detonation occurs. This entire process takes place somewhere between a couple hours and a little over a day, which is virtually instantaneous on stellar timescales.

Extending this analysis to supernovae progenitors will help us understand the physics involved in accretion from the circumstellar disk, and in part determine whether this is in fact a viable Ia channel.

Freshman year was very engaging for me. I was able to take a variety of interesting classes and participate in several clubs—the philosophy association and the outdoor club being my favorites. I greatly enjoyed the opportunity to try new things and get to know other students with similar interests.

I've been very impressed with the knowledge and quality of our faculty. The vast majority of research programs won't even look at freshmen applications, but when I expressed my frustration to my adviser, Dr. Fisher, he immediately offered me a place on his team.

What are your career goals?

I hope that by starting research early, I can gain valuable experience to show future programs and kick start my career. In scientific fields, research experience is absolutely critical to success, and I hope to leverage my work here to gain further opportunities in the future.

After graduation, I plan on attending graduate school to acquire a PhD in the field and ultimately secure employment in academia.

UMass Dartmouth is definitely special because of the people. We host a large population of intelligent, interesting individuals with an incredibly diverse range of interests and perspectives. I've spent many evenings talking well into the early morning hours about every subject imaginable, sometimes with people I just met.

I hope that by starting research early, I can gain valuable experience to show future programs and kick start my career.

I hope that by starting research early, I can gain valuable experience to show future programs and kick start my career.