While HII frequently supported undergraduate interns and capstones, LaCroix and team had a new project which required graduate-level skills. With that in mind, LaCroix worked closely with the university’s faculty, deans, and the corporate engagement office to build out the project specifications and recruit the right student.

“With HII Technical Solutions’s unmanned systems business group located in Pocasset, MA, recruiting students from nearby UMass Dartmouth students seemed like a natural fit,” said LaCroix. “An additional benefit for the local economy is recruiting and hiring nearby talent and retaining them in our region.” 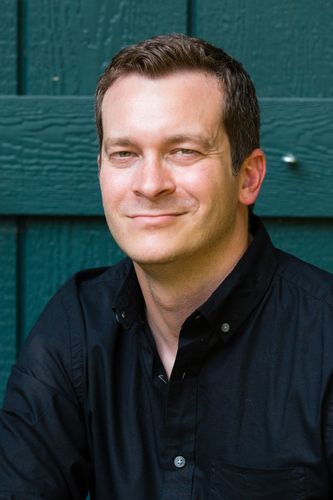 When computer science graduate student Brian Giordano was recruited for the paid research assistantship with HII, he didn’t realize it would soon lead to a career.

Following a bachelor’s degree in art, Giordano’s curiosity expanded into the technical side of creating, as he worked alongside engineers. With some early professional exposure to engineering and a few online undergraduate courses in programming, he enrolled in the computer science certificate program and pursued of a master’s of science in computer science degree.

“I found that my art background combined with my technical skills allowed me to find a new perspective on projects I was working on,” said Brian Giordano.

After Giordano applied for the assistantship, he met with LaCroix’s colleague Amit Trivedi, HII unmanned systems lead technology architect. They talked about Giordano’s skill set and its aligned with the project Trivedi’s team was undertaking.

“I have seen several capstone projects from UMass Dartmouth students and I’m always surprised by their creativity,” said Amit Trivedi. “Their ability to think outside the box is something we need in our industry.”

Giordano joined Trivedi and team to design and develop a software prototype that will help with artificial intelligence capabilities for use in unmanned systems. Giordano’s job was to design an intuitive graphical user interface that would allow individuals to easily access and work with data through the software’s backend.

“I’ve completed several projects during my master’s studies and the internship with HII allowed me the opportunity to work alongside experienced software engineers and gain real-world experience with relevant technologies. The team, along with my project supervisor and mentor, were very accessible. With their support, I was able to quickly contribute to the project. Overall, the internship with HII was an invaluable learning experience,” said Giordano.

During the project, Giordano had several mentoring sessions and discussions about potential career options and strategies for his development and growth. Trivedi also arranged a visit the HII campus in Pocasset and gave him a tour of the facility.

Soon after Giordano and the team presented their project results to LaCroix, Trivedi urged him to apply for a permanent position. They discussed current job openings at HII and how he could contribute. Giordano formally applied and interviewed at HII, which resulted in a job offer to join HII’s Unmanned Systems business group. He accepted.

Much like Jim LaCroix, Brian Giordano now has an opportunity to pursue a career and find his passion.

When asked if he had any advice for current engineering students ready to jump into the workplace, Giordano said, “Know you have a lot to learn, and you’ll be alright.”

“The benefit of formalizing a partnership with our private sector partner Huntington Ingalls Industries has already produced an incredible result,” said College of Engineering Associate Dean Raymond Laoulache. “I want to thank James LaCroix for the crucial role he played in facilitating this important collaboration that will benefit UMass Dartmouth students for years to come.”